Starwood has always allowed members to transfer Starpoints between member accounts. Previously it was enough that the addresses of both Starwood accounts were the same at the time of transfer. 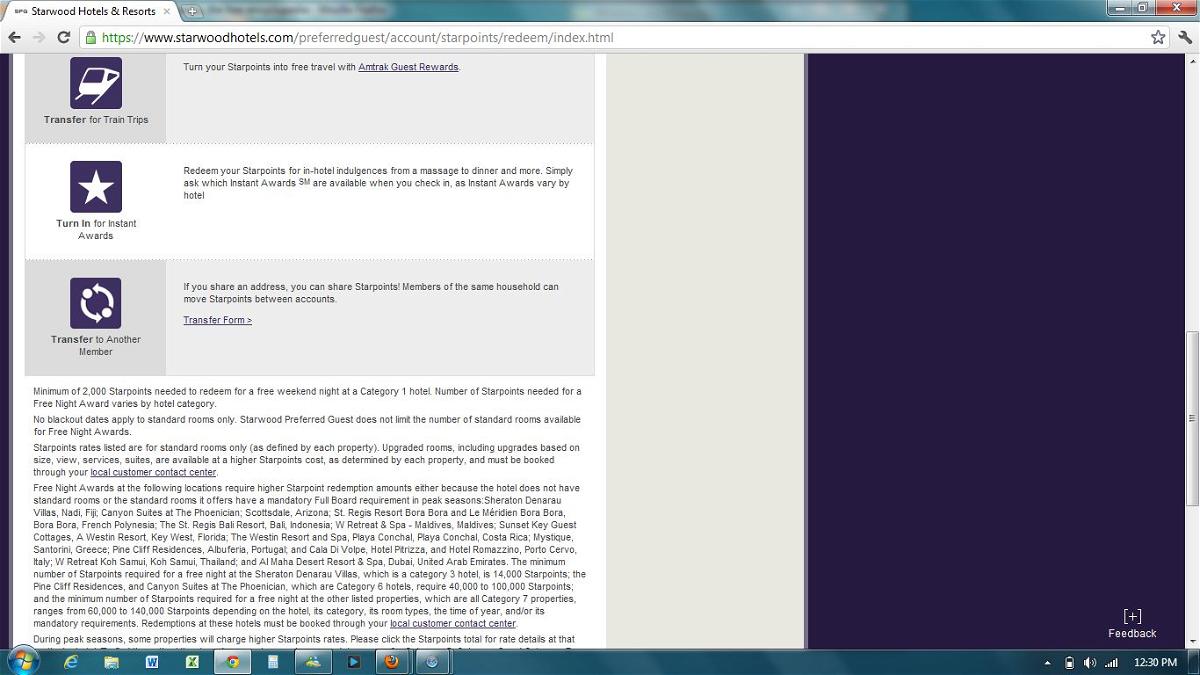 Earlier in the year Starwood initiated a process where the address must be same at least for 30 days before the transfer is initiated.

Why anyone would want to transfer points between accounts, as you can always “gift” an award stay? By combining points from accounts it might be easier to hit certain transfer thresholds i.e. when transferring to airlines 20K Starpoints typically transfer to 25K miles.  One party may have 100K American Airlines AAdvantage miles on his account when the desired award would require 150K. You cannot transfer Starpoints to someone else’s AAdvantage account, but you can do to his Starpoints account from where the person can further transfer them to AA. 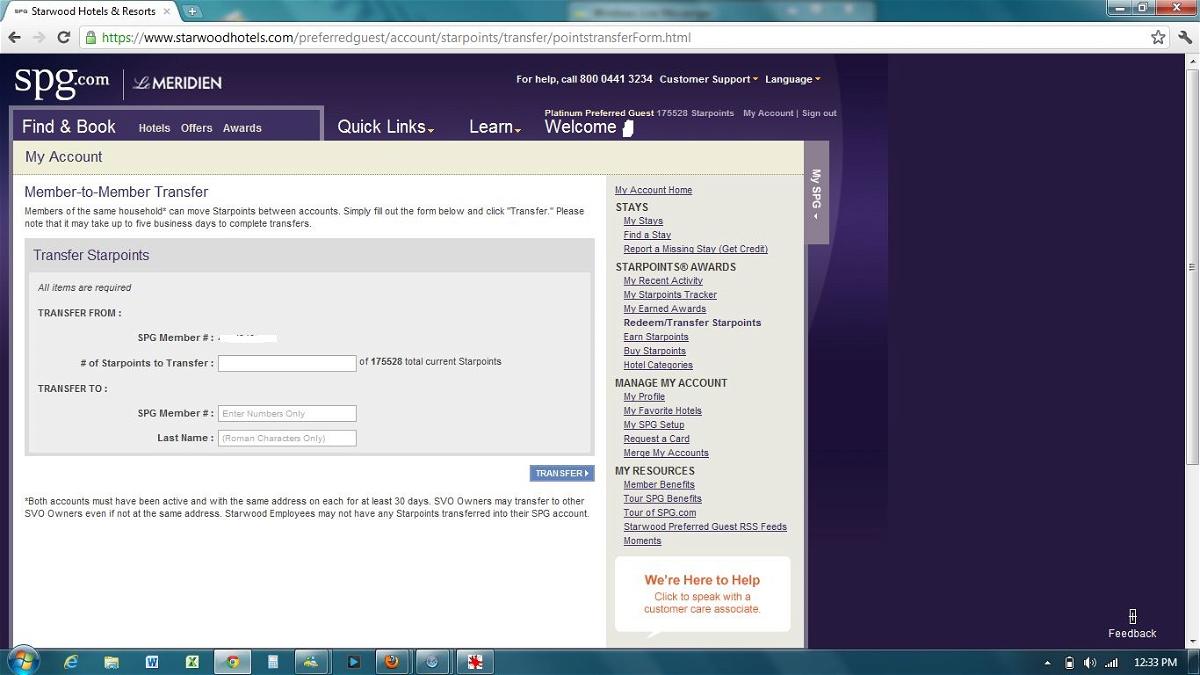 When transferring miles you need to be signed in using the account from where the miles are transferred from. You choose the Redeem/transfer points option. Transferring Starpoints to another member is the last choice. You fill out the form that requires the account number and the last name of the recipient. Remember the addresses of the both account must have been the same for at least 30 days prior doing this. 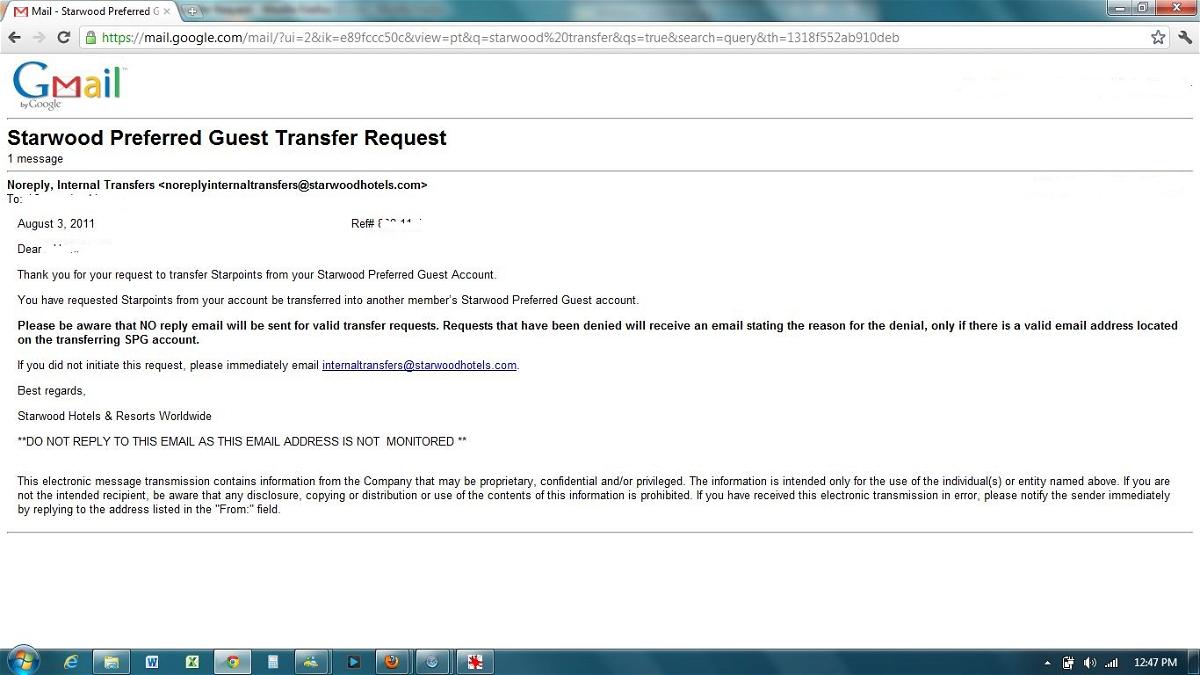 Once the website has accepted the transfer, you will soon receive an email confirmation as well that the transfer process will take up to five days. When I did this back in August, the transfer was actually completed in three business days. I didn’t receive any further notifications from Starwood. Just saw that the points had been removed from my account.