Getting A Chinese Visa In Bangkok And Tibetan Travel Permit

Ever since I saw the movie Seven Years In Tibet, back in the late 90’s, I knew that one day I would make my way there. When Starwood was running their summer promo and one of the redemption options was the newly built St Regis Lhasa hotel, I decided that now it was the time for me to make it happen. 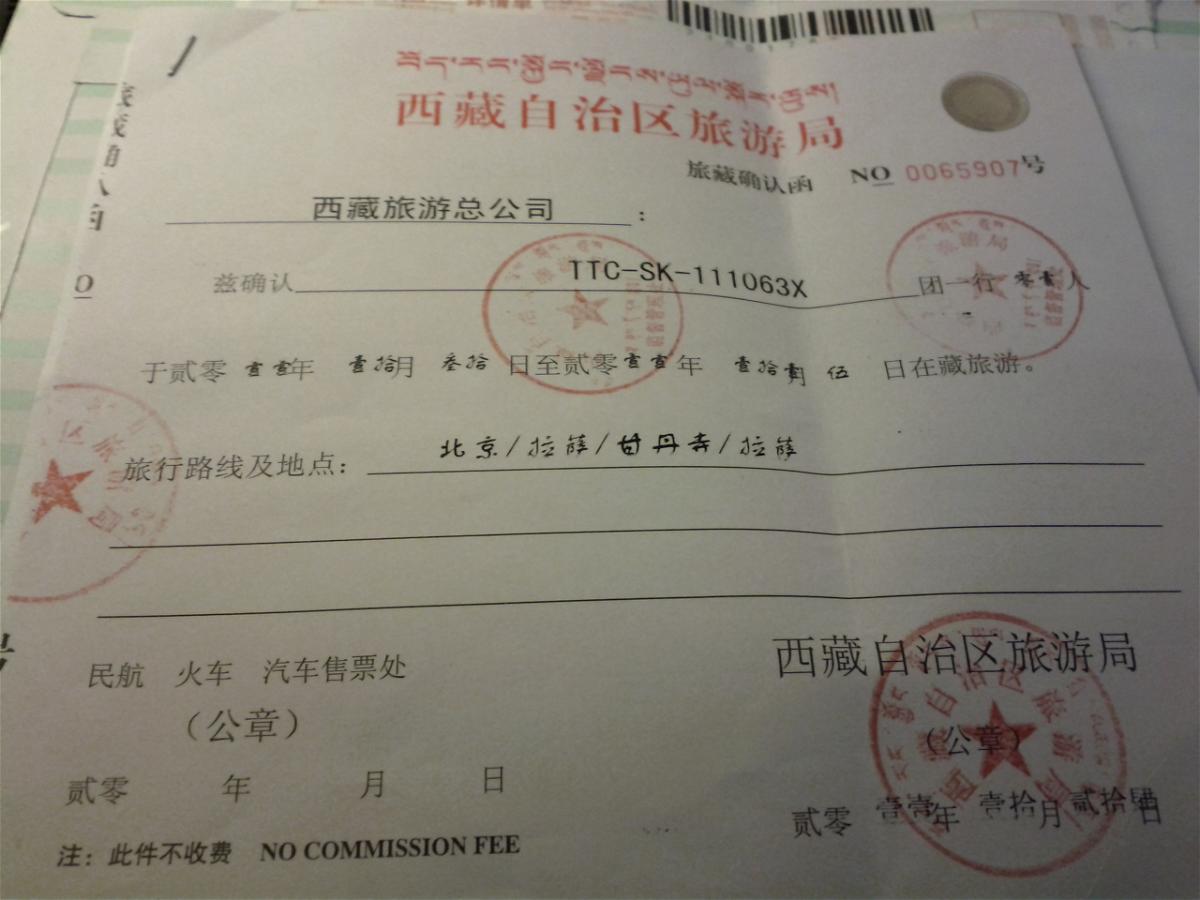 Traveling into Tibet is bit problematic. Not only you need a Chinese visa, for those of us who need one, but a Tibetan travel permit also that can only be issued in Tibet.

When I was looking at flight options to Lhasa (LXA) the only direct international flight to Lhasa, on a Star Alliance, carrier was Air China’s Kathmandu (KTM) – Lhasa (LXA) route. I tried to have it ticketed as an award ticket but had no luck. The award space was available but for some reason BMI couldn’t issue it. Also, if flying from Nepal to Lhasa, one needs to have both the Chinese visa and the Tibetan travel permit issued in Kathmandu. So the better and probably the only viable choice was to enter China and then fly into Lhasa.

According to the recent study the Finnish passport requires the least number of Visas to enter foreign countries. Unfortunately China is not one of them. When I was in Helsinki back in August decided to take care of my visa at that time. Went to the consular section of the embassy but was told that they would need a travel itinerary before they could issue it. Of course I could have booked and ticketed an itinerary that I would have later cancelled just for getting the visa but decided not to go through this route. 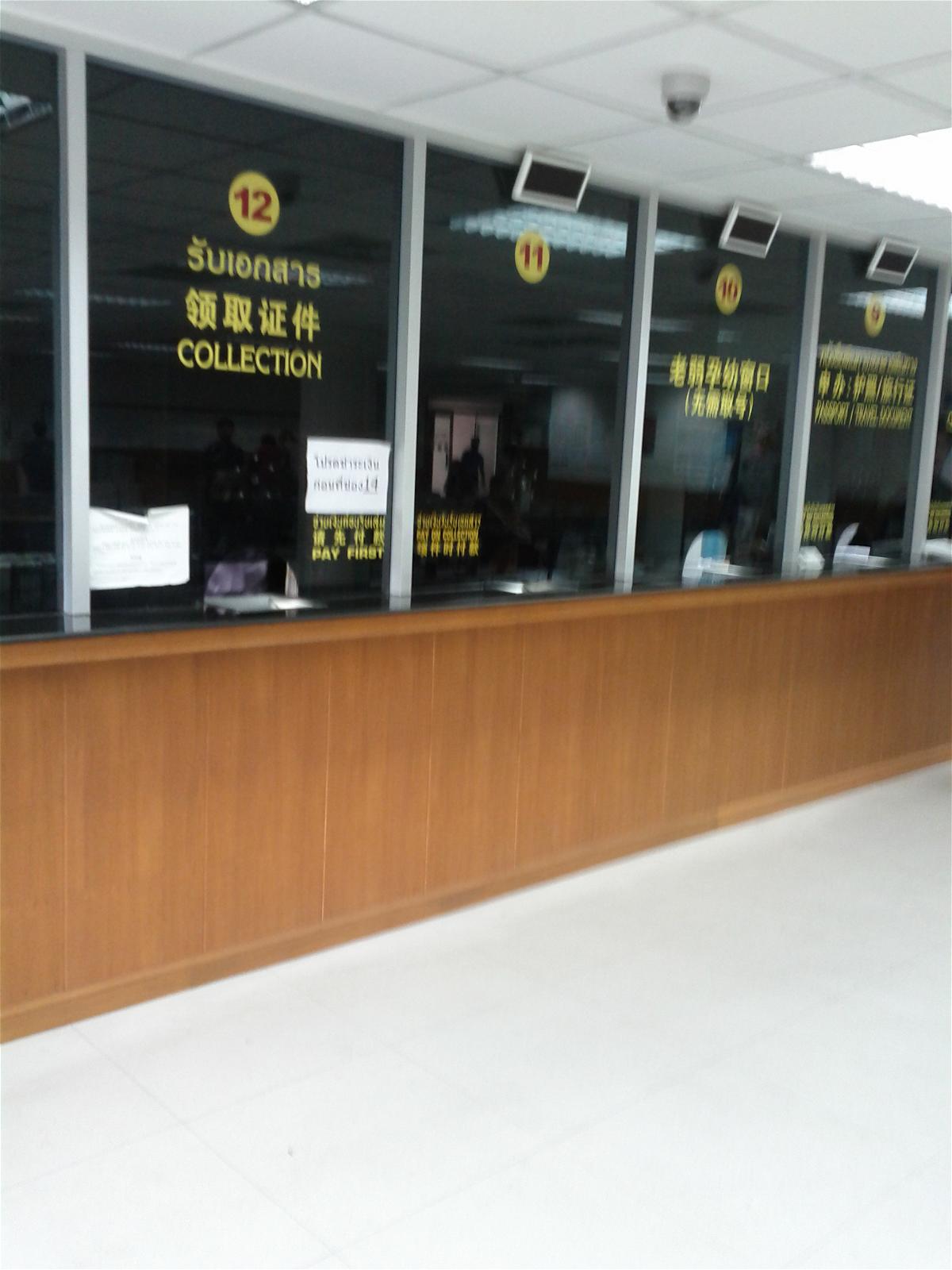 Later in the month when I was in Bangkok and had a booked ticket, decided to go to the Chinese embassy there. Had bit trouble finding the consular section that handles the visas because it is entirely separate building on a side street from the embassy itself. Took the paper that I needed to fill and got a queue number. Thought at that point that it was going to take couple of hours due to the number of people waiting. Luckily it wasn’t so. 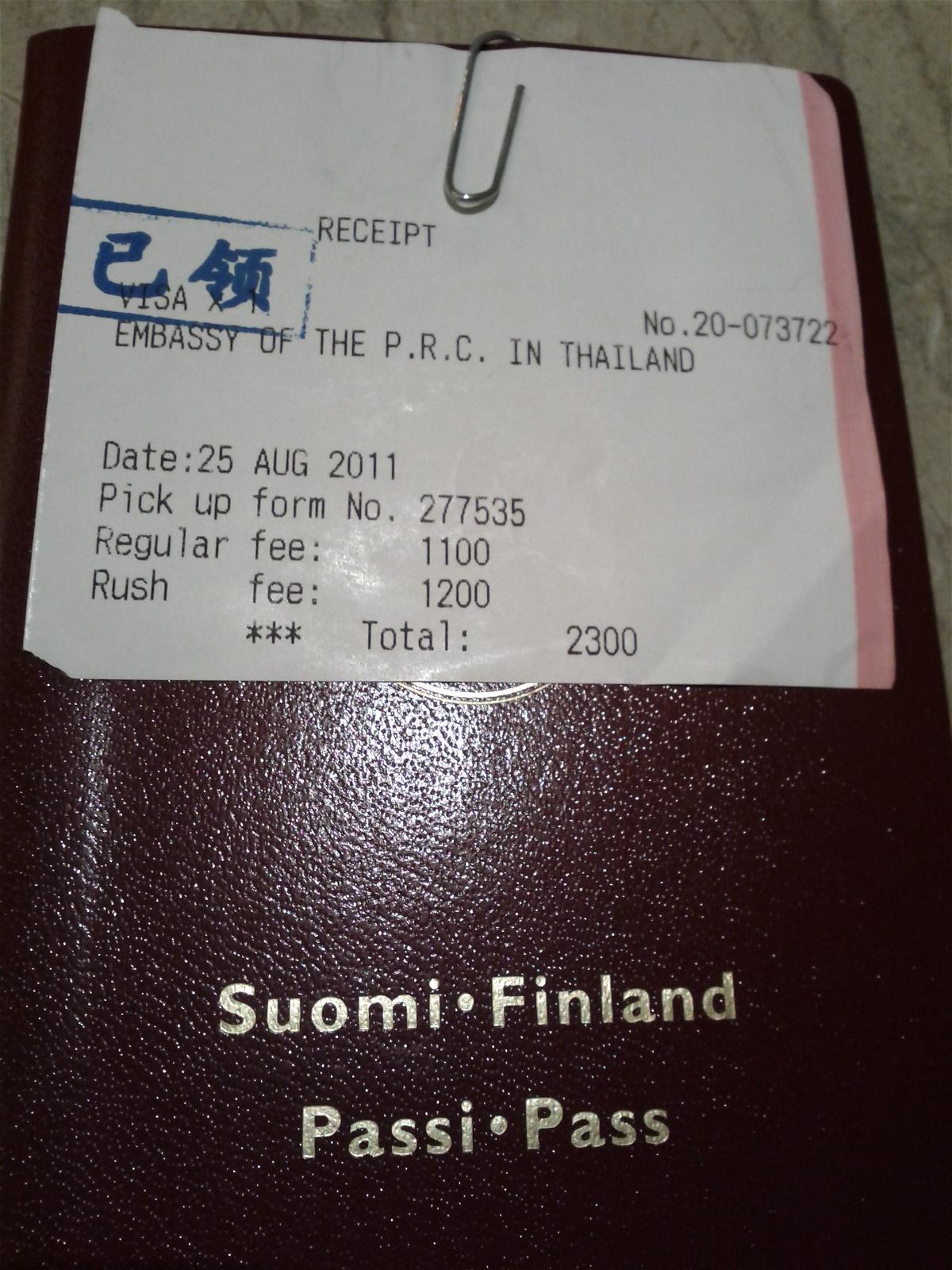 The system there was very organized and my number got called only after 20 minute wait. The lady just checked that the application was in order and asked how fast I would need it. Told that I could come pick it up later in the day and that was ok with them. Had to pay the expedite fee for this. Here, they didn’t even want to look at your itinerary. The application, photo, and payment was all that was required. To my surprise the price for the visa was lower than it would have cost me back in Helsinki. Cannot complain really…. 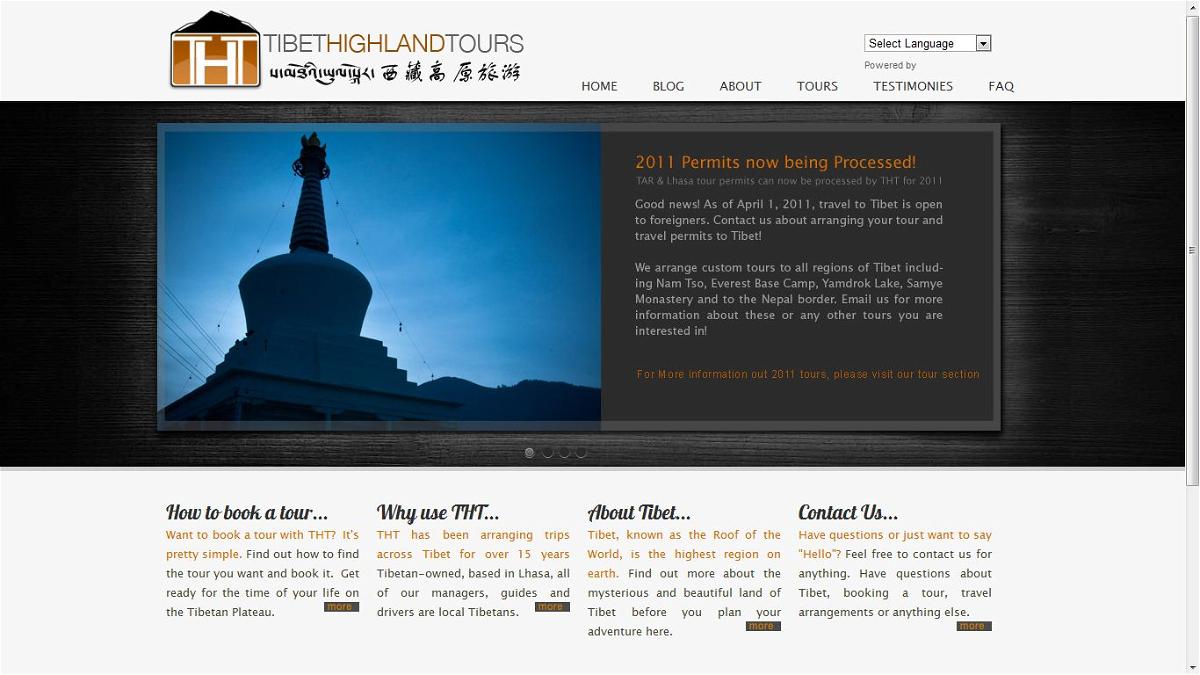 The next thing was the Tibetan travel permit. Have to say that I left it at very last minute. Friend of mine who was going to Tibet a week earlier than me suggested an agency called Tibet Highland Tours. Over a month went back and forth with them few times what I would like to do and when. Only about a 10 days before my intended arrival to Tiber I finally decided what I would like to do there. Have to say that I am impressed how fast the agency replied to the emails that I sent to them.

You need to scan a copy of your passport’s info page and the Chinese visa and email them. These are required for the travel permit. Apparently they don’t take PayPal or credit card funded payments. I could have done a bank transfer if I had arrived in China bit earlier but decided just to choose the other option which was Western Union. 1000 CNY advanced payment was required. 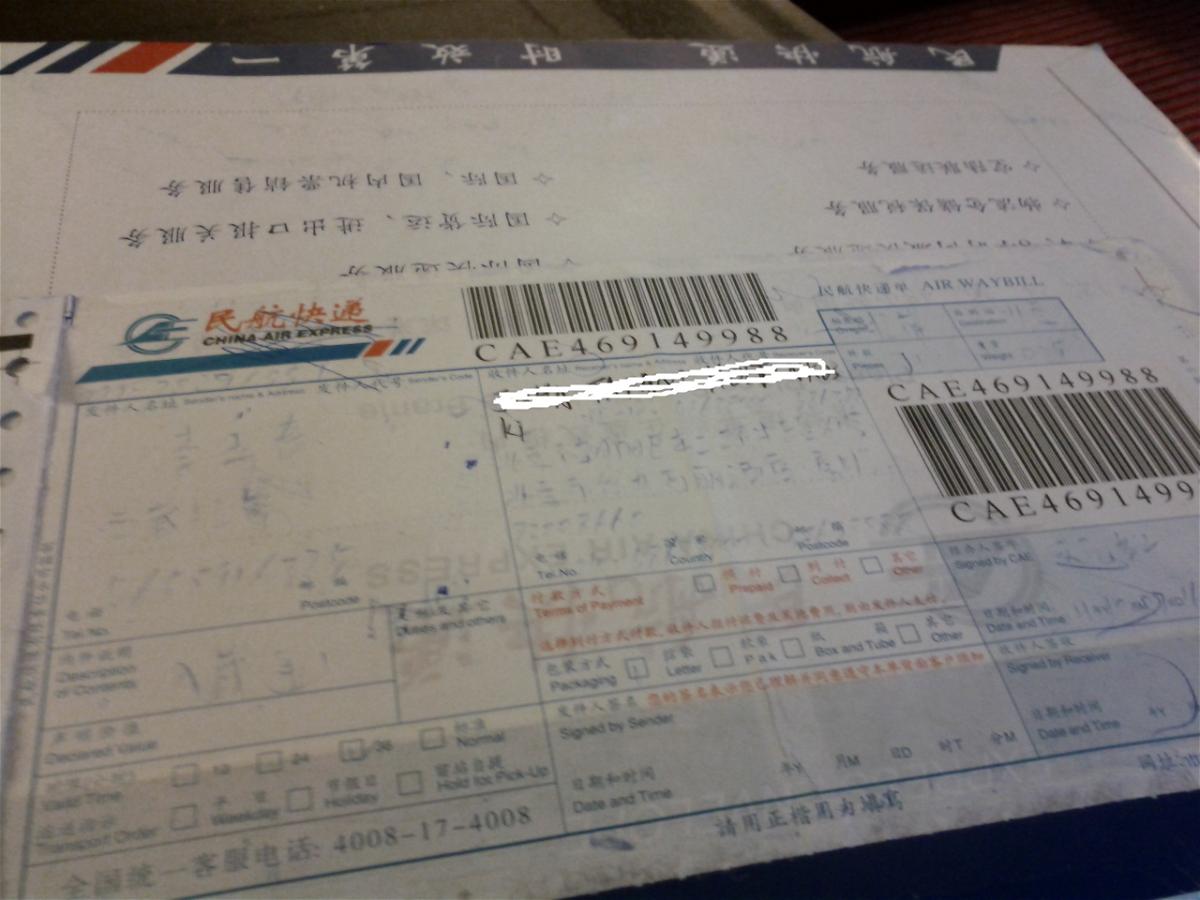 Overall this is understandable as they are required to process the visa and, in my case, to send it by express to Beijing. I had it shipped to the hotel in Beijing who contacted me on the day of arrival that they had received a package for me.

What Is The Difference Between DIRECT And NON-STOP Flights?