One would think that a direct flight is a non-stop one, right? Not so in the airline business as my example from yesterday illustrates. When booking an airfare one should always check whether the flight is non-stop vs direct and understand the differences between the two. Airlines like direct flights because they get better visibility on the distributions systems that the travel agents use. Also some of the airport related and segment fees are lower when one flight number is used for multiple flights. 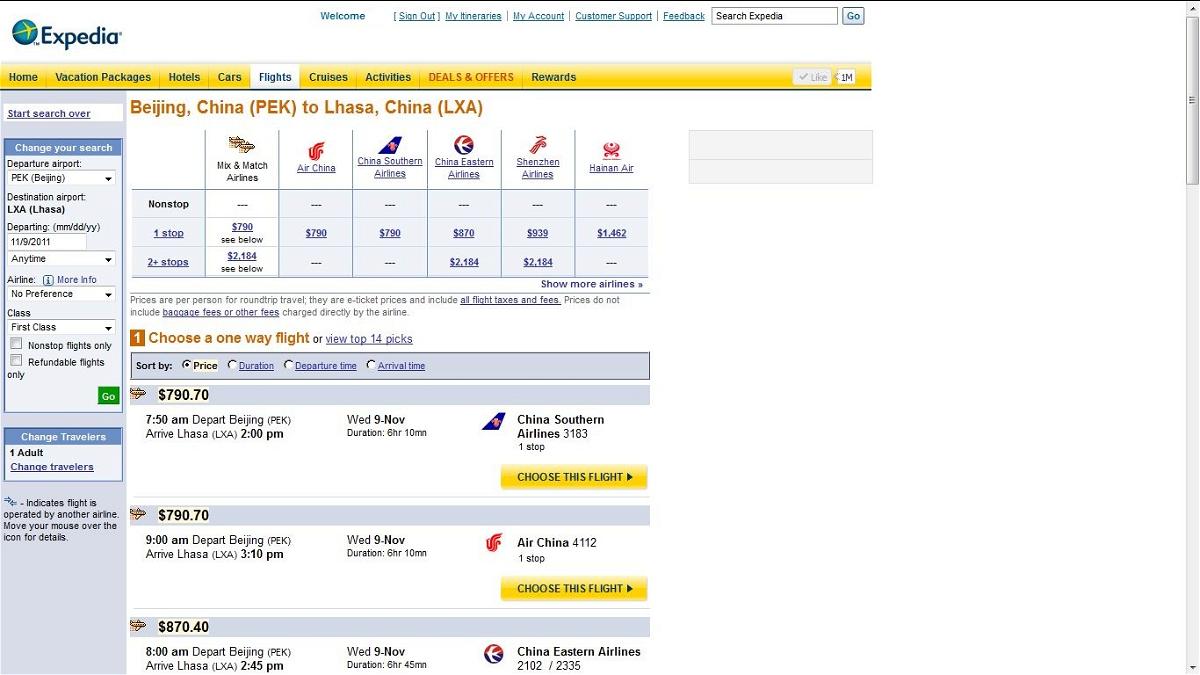 Couple of months ago I was searching for options getting to Lhasa from Beijing. I thought that I would need some elite qualifying miles (EQM’s) on Continental’s/United’s program to make me a million miler, and thus granting me lifetime Star Alliance Gold status. Air China is Star Alliance carrier so in order to get some EQM’s decided to choose their flight. 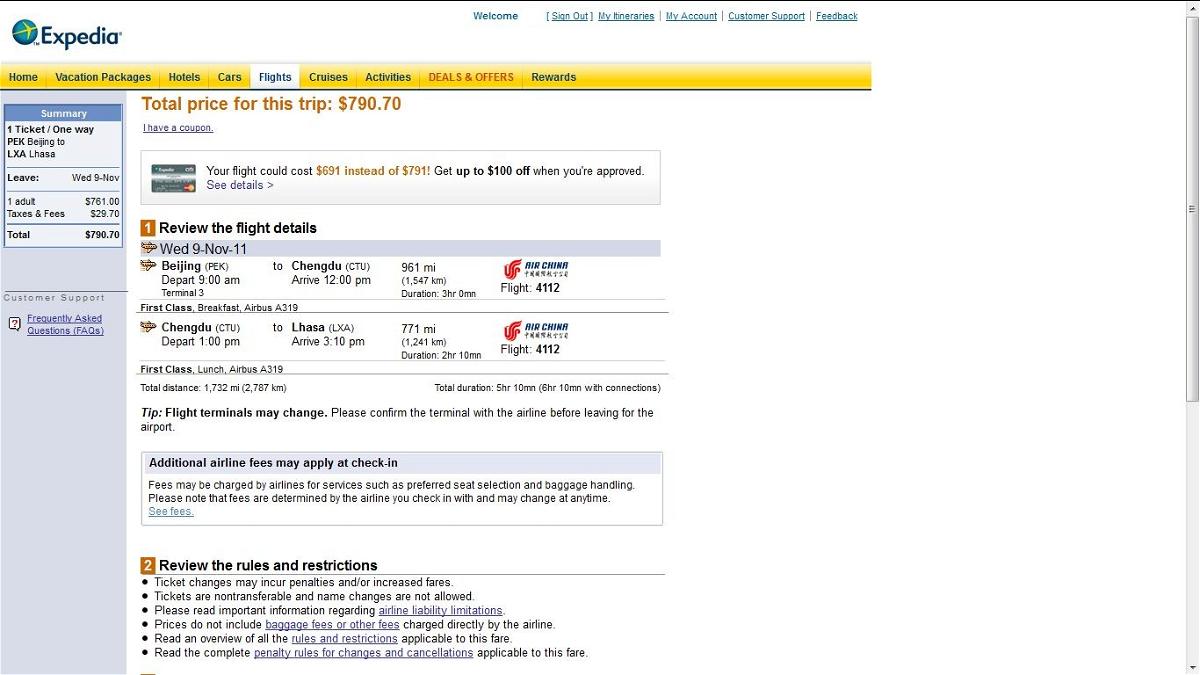 Based on the Expedia display I was aware that this “direct” flight was not a non-stop one. What I was not aware off, however, was that the fact that the segments are not operated using the same equipment. This means that if you initial flight is delayed more likely than not your subsequent connecting flight, even when under the same flight number direct, leaves when scheduled leaving the passenger vulnerable for significant delays getting to their destination.

This was exactly what happened to me yesterday. My flight out from Beijing was delay by close to four hours due to near zero visibility due to fog. The segment Beijing-Chengdu was operated using Boeing 757 equipment as shown on the ExpertFlyer flight display. The connecting leg of the direct flight Chengdu-Lhasa was flown on the Airbus A319 equipment.

The problem was that the flight schedule between Chengdu-Lhasa is rather limited in the afternoon. The delayed flight caused required overnight in Chengdu and need to rebook me, and quite a few others, for the several morning flights the following day. All reputable airlines, on this case Air China, put the inconvenienced passengers on their dime to some nearby hotel and provide expenses or a dinner etc.

The English proficiency of the Air China personal at the Chengdu airport was rather limited. It took lot of explaining to them to get a new itinerary printed showing that I was in fact confirmed on the morning flight. Typically airport hotels in cities like Chengdu are not that great. While waiting for them to retrieve my checked in bag I did some research about available quality hotels and came to conclusion that I would settle for either InterContinental or Sheraton hotel. Unfortunately Air China representative was not willing to book either of them claiming that they were too expensive. I just went ahead and booked the Sheraton using a rather low rate. Will later do a reimbursement request for the expenses incurred.