Is The End Of BMI (British Midland International) And The BMI Diamond Club Finally Near?

It hasn’t been unclear for a while that Lufthansa has been seeking a solution for its ownership of BMI. Over the years Lufthansa has acquired quite a few European airlines like SN Brussels (airline that came alive after Sabena went bust), Swiss International Air Lines (incarnation of Swissair that also went bust), Austrian Airlines, and quite a few other regional or charter airlines. Lufthansa also owns 19% stake of JetBlue. 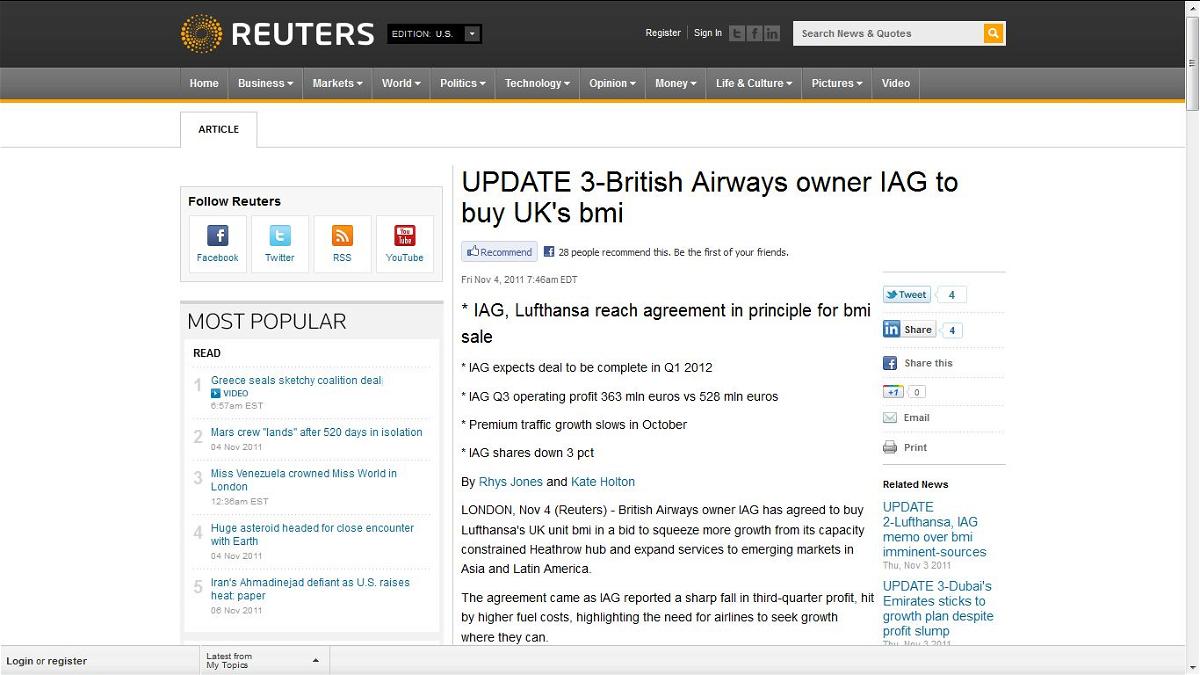 According to the article on the Sunday Times since getting involved with the BMI in the 1999 the whole exercise has cost Lufthansa about one billion dollars.  Last week Lufthansa and IAG announced that they had reached a tentative agreement for BMI. IAG would buy the airline. IAG is the holding company that currently owns both British Airways and Iberia. Virgin Atlantic also announced that they were in discussion with Lufthansa regarding buying the BMI.

The status quo probably is going to take few months to solve. The other airlines will be against this deal because British Airways already is a dominant carrier at London’s Heathrow airport. Buying BMI that holds about 10% of the slots would give it even greater dominance. BA’s argument is that Lufthansa’s market share at Frankfurt, Air France’s at Charge de Gaulle, and KLM’s at Amsterdam’s Schiphol s are greater than BA’s and BMI’s combined at London.

The European Union’s competition authorities probably must approve this deal, so realistically it is going to take months to complete. At least that’s what I hope.

Why do I care about British Midland International at all? I have been Star Alliance Gold through BMI’s  and  United’s’s programs for quite some time. Even when flying domestically on UA and crediting the miles to UA the BMI Star Alliance Gold status have given me access to domestic lounges.

The bigger reason, however, has been the multiplier for paid business and first class flights that BMI’s Diamond Club program has granted. Also, after exceeding number of miles they doubled the redeemable miles that one could get. When you combine this with an award chart that has very attractive option using half miles in exchange for cash, you have a very competitive program. Also, I have loved the oneway awards that allow a stopover along the way. I rarely travel on traditional round trip tickets so this has been extremely valuable for me.

Really sad to see BMI go but then any other solutions than a bankruptcy is a better thing. 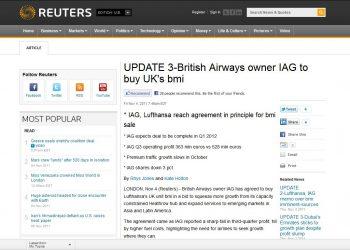 Is The End Of BMI (British Midland International) And The BMI Diamond Club Finally Near?