Now American Airlines is offering a 25% bonus for buying miles until December 31st. The number of miles that one can buy each year is normally capped at 40K. American Airlines has temporarily lifted this to 60K miles. 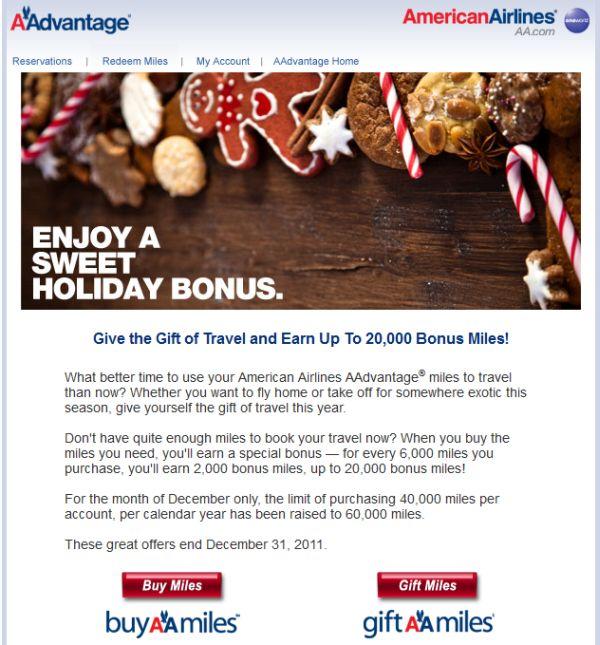 So, the question then becomes, whether buying AA miles at 2.0625 cents each is a good deal or not? Overall, the AAdvantage program is one of the easiest ones to use miles at reasonable cost and without fuel surcharges, which only apply to British Airways metal flights.

They also have some very good value awards like off-peak award flights between Europe and North American (includes Hawaii) at 20K miles in economy one way that allows a stopover at North American gateway city. Would you like to try Etihad first class? Oneway award from Europe to Indian Subcontinent/Middle East is 40K miles in first class.

The fact that the parent of American Airlines, AMR, filed for bankruptcy earlier in the week, shouldn’t be a concern if you are planning to use the miles in the next few months or so. If you are in no immediate need of American Airlines miles or haven’t any possible trips coming where you could use them, I personally would probably skip this offer.