Although I have traveled more than 3 million miles, I do make occasional mistakes when it comes to airline tickets, and hotels, and car rentals, and…. Last year I had three airlines related ones of which two resulted me foregoing the airfare paid and just ticketing something else. One was a booking for economy on China Southern that was the most uncomfortable flight that I have ever taken.

I had Air Canada ticket booked from Seoul to Sao Paulo but wanted to spend some time in Rio de Janeiro as well. Booking a through ticket from Air Canada didn’t make any sense as the fare upped a lot. When booking tickets for intra-Brazil travel, it makes sense to try to get them ticketed on Brazilian local websites.

Fares that Gol and Tam publishes for ticketing outside of the Brazil are often double or triple the fares found on websites intended for Brazil . Apparently lot of the cheaper fares have SITI (Sold Inside – Ticketed Inside) sales restrictions.  As a side note, fares for travel without advance purchase requirements are often cheaper to ticket outside of Brazil than inside. So, it always pays to check. 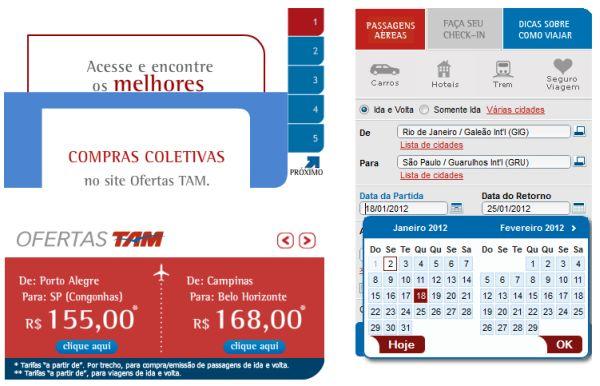 When I was buying the GIG-GRU leg, I mistakenly bought the ticket for a wrong day as the calendar is shown on the European format. The ticket was bought from JJ’s Brazilian website that is in Portuguese, so there was bit confusion from my part. So, I just decided to throwaway the ticket and bought a new one for a correct date. Of course, JJ might have been willing to change the date or a refund, but the fare was only $100 or so. Not really a worth the effort.

In this case, I was just cheap and bought an economy ticket. As I was coming from Brazil and I had other tickets originating from Dubai, I had to find a one-way from Seoul to Dubai either using miles or cash. None of the redemption options made much sense so decided to buy one way ticket on China Southern. Thought that I might get preferred seating of some sort for being a Delta Elite. CZ is part of SkyTeam.

The trip had a good start. The Korean Air lounge at Incheon airport was really nice. The aircraft that was used for ICN-CAN was actually quite bearable for such a short hop in economy. The only thing that I couldn’t quite understand was the IFE system from early 90’s with the headphones that some might mistake for stethoscope. I had an aisle seat with adequate legroom.

I probably should have canceled the CAN-DXB part when I was in the CZ lounge in Guangzhou. The lounge was basic. There was plenty of old and somewhat worn chairs to sit down but that was pretty much it. Some might think that United Clubs are luxurious if they base their experience to clubs like CZ’s.

The equipment used for the CAN-DXB flight was a 777. The business and premium economy were both almost completely empty. The back of the plane, however, was completely full. I had a windows seat. I have never been on a plane with tighter seating. And when I mean tight, I really do mean that.

The seating was so horrible that at one point I just went to lavatory and sat there for more than an hour.  Then I spent maybe four hours just standing around the back galley. There was really no way for me to sit on that economy seat.

But…. This really wasn’t the airlines fault. It was entirely mine. I should have done my homework in advance to find out the equipment they fly on this route and plan accordingly. Now I know to avoid CZ’s long haul product but the short hauls is just fine.

This, I thought, would be a funny routing from Dubai to Helsinki with a couple of days in Kiev in the middle. The airline doesn’t belong to any alliance.

Couple of months after ticketing, I received an email that the flight DXB-KBP had been canceled on the date I was ticketed. I was originally offered to move the departure from Dubai to Abu Dhabi. I just couldn’t make my mind and left the issue open. Someone from Expedia, or should I say someone at their call center in India, tried to contact me few times over the phone. They couldn’t but eventually they changed the ticket regardless to leave a day later from Dubai cutting the intended two night stay in Kiev to just one.

Closer to departure date I decided that I would rather leave from Abu Dhabi than Dubai. Few emails with their office in Dubai got my ticket changed. Initially they refused, however.

Normally I travel with my black 22 and a computer bag. This time, however, I had my real bag as well that I normally just leave to a hotel when traveling around. It was entirely my mistake that I didn’t check the baggage allowance beforehand. Status with the Star Alliance, Oneworld, and SkyTeam has probably made me bit lazy on this regard. Also when flying in business and first your luggage allowance is often twice that in economy.

Ukraine International doesn’t list excess weight charges for their flights on their website. It only lists that one should contact the airport to find out. For the 20 kilo bag the charge would have been $400 from Abu Dhabi to Kiev and then probably another $200 or so to Helsinki. At this point I just told them to upfare my ticket to business. This would have been less than the excess weight charges. Unfortunately they weren’t able to do that. I just decided to forego the ticket and flew out the same day out from Dubai on Ethiopian business class instead.

When you travel a lot, it is inevitable that you make mistakes at times. You just need to deal with the issue and hopefully learn from the mistake(s).