As I was flying to Dubai and my destination was actually Abu Dhabi, where I needed to be the following day, I decided to spend a one night at this Holiday Inn Express (HIX) hotel. I am quite familiar with the brand as I have stayed at few newly built HIX hotels in the United States over the years. Normally it is value for money and without the glamor.

Also, I had to get my fourth different InterContinental Hotels Group brand stay to qualify for the brand multiplier promotion that they were running last year. I was thinking at one point whether I really should stay at this hotel or just leave. Of course you don’t need to STAY if you want the stay credit. Checking in is enough. 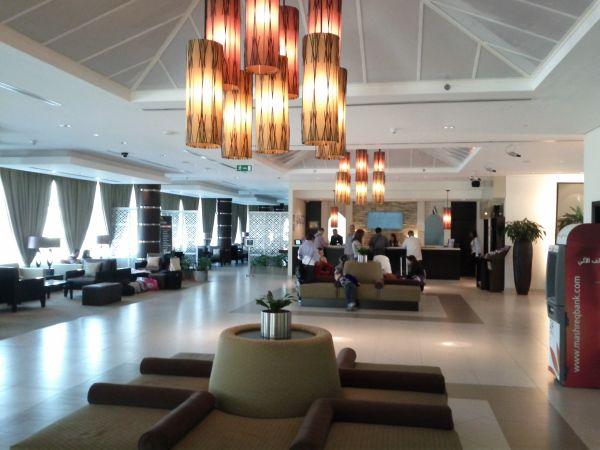 This hotel is located close to the Dubai Marina but there really isn’t anything in the immediate area for touristic purposes.  To be fair this hotel is not geared for tourists but for business travelers visiting the nearby companies/educational institutions.

There are no bellboys working at this hotel, so I had the security guy helping me to load the bags that I had in to a cart, which I later took to the room by myself.

There was no separate are for Priority Club Platinum members, or should I say that there was but it was not manned. Overall the check in was ok. I was promptly checked in to a room 112. Not sure if they have any better rooms than 112, but as Platinum member I wasn’t overly satisfied.

Please note that there is occasional freezing on the beginning of the video.

Not sure what I can say about it. It was rather basic as one can expect from a Holiday Inn Express hotel. But even then, if the hotel is located in the INTERNET CITY, they should probably have wireless internet access. The wired one worked, but the Ethernet cable was super short. I probably should start carrying a small wireless router with me. 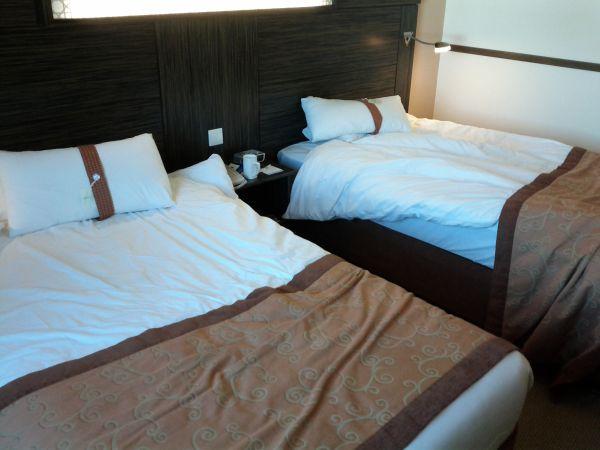 Not really adequate in today’s world.  It might have been acceptable ten years ago. Should be updated. 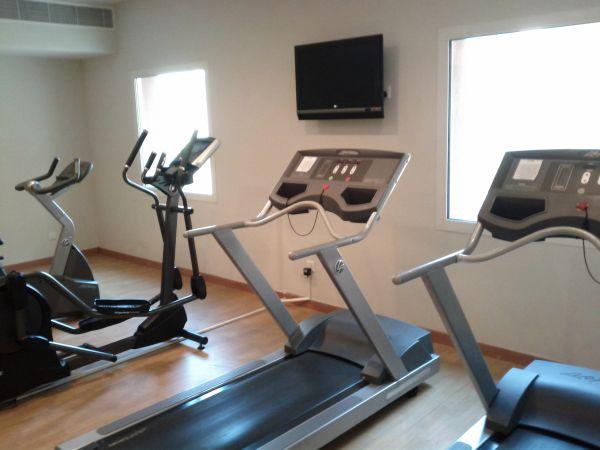 Like everything else this hotel. Was not great but wasn’t horrible either. Should I say adequate? Not sure what the unidentifiable eggs dish was, however.

This was where everything really fell apart. This hotel participates to the Dynamic Currency Conversion (SCAM) that I wrote about some time ago. Basically their bank converts the local currency AED to the currency of your credit card and takes on this case 3.6% commission. The Visa/MasterCard/Amex all would do it automatically using market rates. Your bank or credit card issue may charge a free for foreign transaction but it is most certainly less than 3.6%.

The key here is that they should OFFER it to you. They should NOT automatically do it. I insisted that they charge in local currency. This resulted the checking out taking forever. They charged incorrectly twice before manager got involved who knew how to do this correctly.

Let me repeat. There is absolutely NO ADVANTAGE for you when they do this DCC. It is just more money to the hotel, as the bank splits some of this “fee” with the hotel.

The really nice looking lobby and restaurant area gives a wrong impression. The rooms are looking dated and has probably the smallest TV set I have seen for some time. Hotel is fine for a quick overnight but wouldn’t spend more time there. Overall a three star property.