InterContinental Hotels Group (IHG) announced on January 3rd that on January 18th 25% of the hotels are going up and 20% of the hotels are going down in the number or Priority Club points needed for a free night. Unlike other hotel companies, IHG refused to provide a comprehensive list of properties, which will change, stating that not releasing a list is a competitive advantage. In my opinion it is just being foolish. Anyone could combine a list of category changes, as I have done for InterContinental hotels. 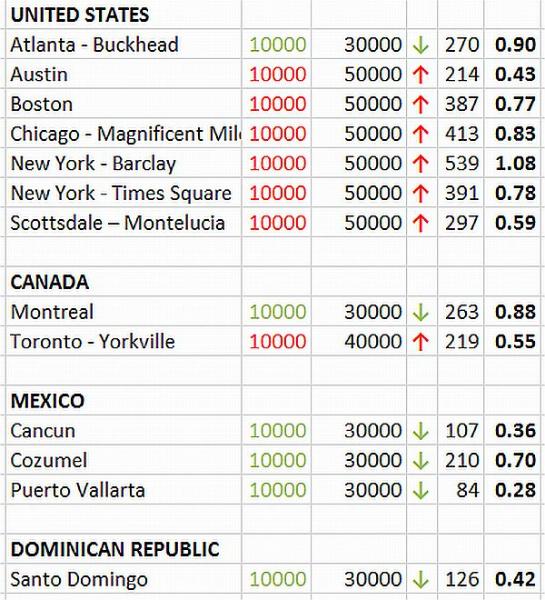 IHG also stated that all the hotels would be bookable at old levels over the phone until March 18th. It is somewhat confusing, how someone would know whether the hotel has moved up or down, if a list of hotels is not provided. Also, the customers that have made award reservations before hotel going down in number of points needed are required to call to get the difference in points credited back to their account. 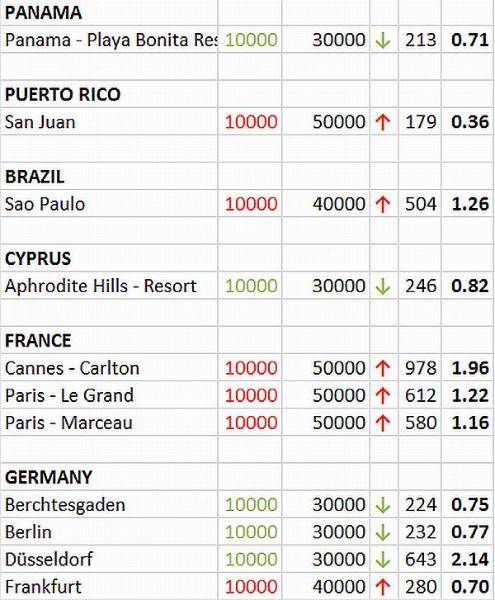 Unfortunately, I don’t have time to go through all the 4500 hotels of the IHG. I have today, however, gone through all the 187 InterContinental Hotels that are listed on www.intercontinental.com website. Please note that not all of these hotels are operational at the moment. Some will be opened later this year or next year. 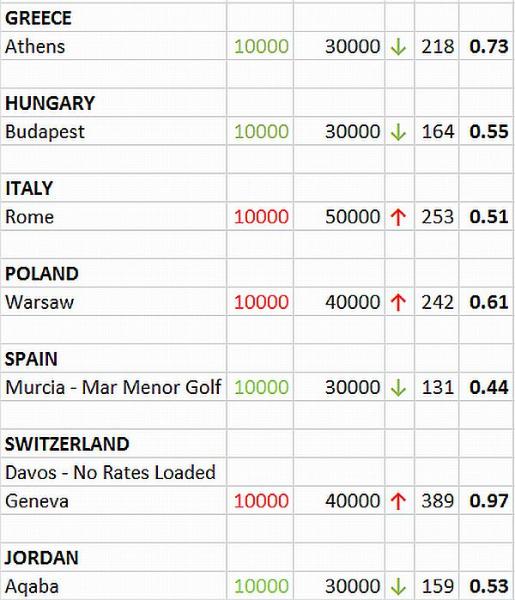 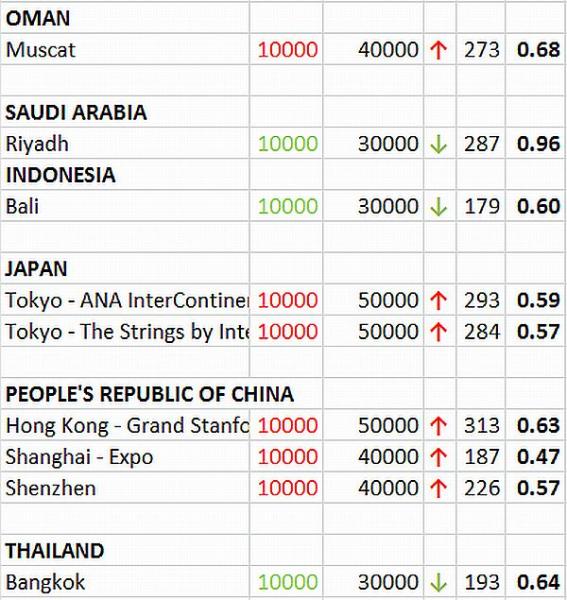 When I was going through these at www.priorityclub.com, I also noted what would be the nightly rate for May 15th, 2012. This is the figure that is immediate to the right of the arrow. The bolded number of most right is the value of Priority Club point in dollars for that night. It is rarely more than a cent. 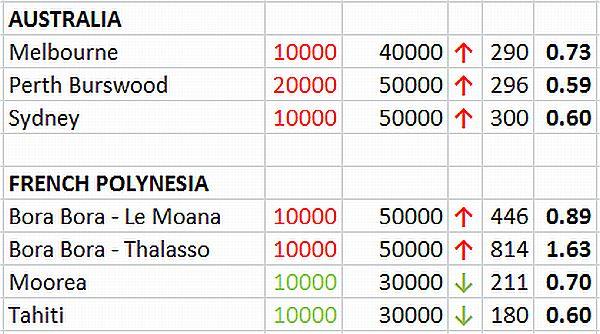