Spanair, a regional Star Alliance carrier based in Barcelona, is ceasing operations tonight due to collapse in talks with Qatar Airways buying a minority share of the airline. Spanair used to be majority owned by Scandinavian Airlines Systems (SAS), but the airline sold 80.1% of the airline to an investor group in 2009, and later capital injections decreased it share from the original 94% ownership to 11%. SAS had tried to unload the airline for years, and was finally able to do it once the regional government got involved. 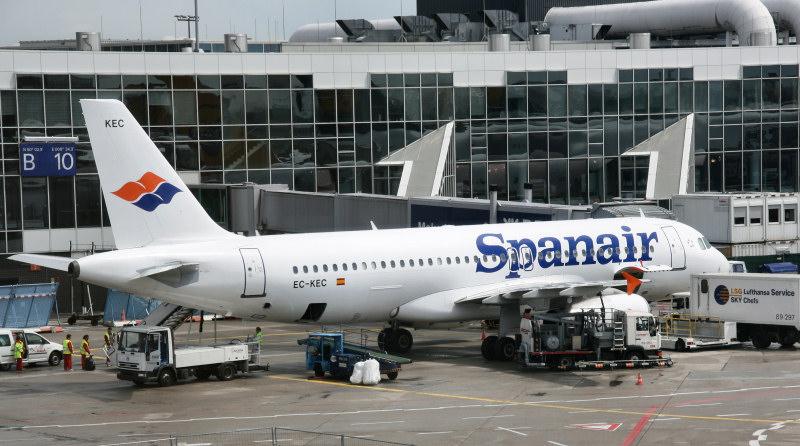 Qatar Airways had been in talk to acquire a minority stake of 49% of the airline, but the talks collapsed earlier today.  The regional government of northeastern Catalonia is no longer supplying further funds to Spanair.

I have flown Spanair quite a few times over the years. The last flight was in July from Barcelona to Nice. It was nice regional airline offering direct connection to many European cities from their hub. Most likely the frequent flyers that had points in their system are now toasted. It is good reminder to burn the points especially on those carriers, which are not on the financially sound standing.

1. Tickets issued on Spanair’s ticket stock starting with 680 are most likely worthless. These are the first three numbers of your eticket.

If you have flights ticketed on Spanair’s ticket stock that involve other carriers operating under their own flight numbers or as Spanair codeshares, it is up to the other airline to decide whether they will accept the electronic flight coupons or not.

For flights paid with a credit card, you should start the dispute process at your earliest convenience. If you paid with cash through a travel agent they should be your point of contact.

2. Tickets issued on other than Spanair’s ticket stock of 680 but involving flights operated by Spanair

Award tickets issued on Spanair flights by other Star Alliance carriers. You need to contact the issuing carrier. Star Alliance has a comprehensive European network even without the Spanair, although getting to some Spanish destinations is going to get difficult.