This was my first Hilton hotels stay for a while that wasn’t satisfactory. Part of the reason might be that I can get easily cranky when coming off from a long flight and things quite doesn’t work out.

Problems that I encountered at the Narita Hilton:

1. When I book an airport hotel I expect that a hotel runs an airport shuttle more often than once an hour. During the day Hilton’s shuttle bus only runs very limited schedule that is borderline useless. Who wants to wait 50+ minutes for a hotel shuttle?

2. No Bellman working at the entrance for helping with the bags.

3. Front desk had a very limited understanding of the English language.

4. Apparently no upgrade, although upgradeable rooms were available at Hilton.com.

5. Front desk refused to reimburse the 2000 yean taxi costs from the airport that I requested due to borderline nonexistent bus schedule.

6. Requested to speak with the GM that didn’t happen.

7. Apparently was given a key to the wrong room first. The front desk staff was running after me when I got to the 10th floor. Then the key didn’t work on the room on the 11th floor.

8. No wireless internet at the rooms and had problems with the wired connection. Wired problem was solved when a new router was brought in.

And no, I don’t believe that the hotel really is this bad. What I have learned from my yearly 300+ hotel stays from 2004 is that when things starts going wrong everything just escalates. When the arrival experience is subpar it starts to define the entire stay unless hotel proactively “corrects” things, which Hilton Narita didn’t do.

The price that I got the hotel at the Hilton.com was an AAA rate of 8700 yens. I think that the price was fair. When I was trying to find the name of the hotel GM, I came across their Facebook promo. If you like the hotel on their Facebook page, you are eligible for a rate of 5000 yen and like 5 discount coupons. I made the second booking, while I was already checked in at the hotel, and just notated on the comment section that I would like to switch my AAA rate to this promotional rate. My rate had been changed before checking out to this promotion without any further interaction from my part. Also the hotel had slipped in under the door the discount coupons associated with this promotion.

The room I had fairly normal sized but was starting to look dated, although it had been maintained well. It took some time for me to figure out how to turn out all the lights. It wasn’t very intuitive. The room I had faced the Narita airport. 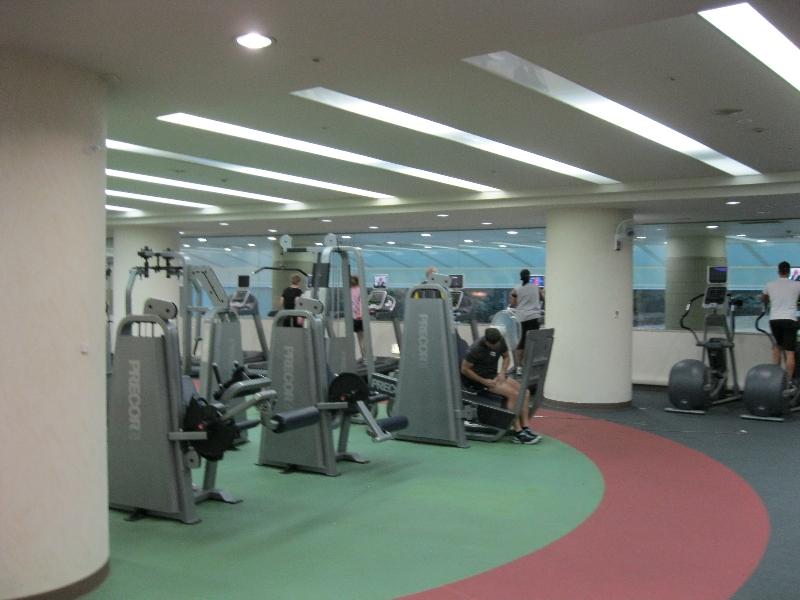 Fitness center was open 24 hours a day. During the night hours you could access it through alternate entry. When I went there 5:30AM there was already more than ten people. When I looked at the sign in sheet, everybody else was a crew member. Apparently this hotel is mainly used for airline crews that is not surprising considering the proximity to the airport.

The breakfast was served at their main buffet. The selection was fine, although not very extensive.

Overall, I wouldn’t mind staying there again, if the price is right, even considering the flaws I had during my stay. They must do some work with the hotel soon. It is starting to look somewhat dated. 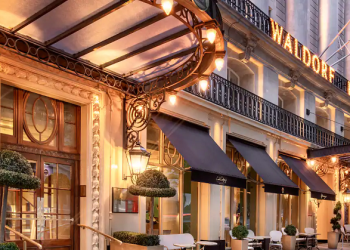 Hilton has now fully rolledout its traditional Summer Sale for stays in Europe, the Middle East, and Africa between July...