If you travel a lot, you will eventually get a secondary or even a tertiary immigration inspection. This has happened to me three times over the years. I have had hundreds of international border crossings so the chance of getting one is low.

Normally some of the passengers are automatically flagged for a secondary due to information received from the airlines regarding the routings etc. 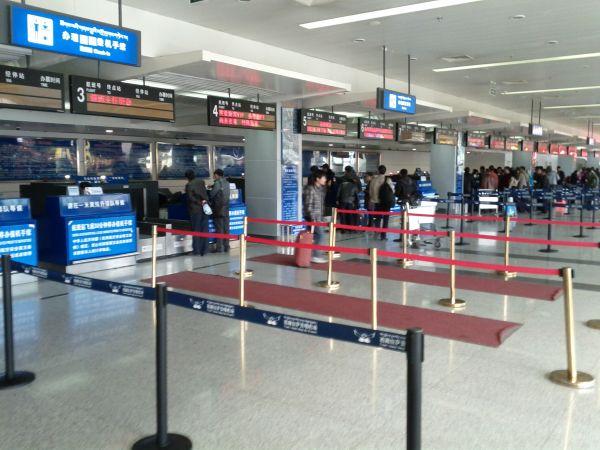 1. Getting a secondary & tertiary when entering Israel at Tel Aviv

Few years ago, I was entering Tel Aviv when Israel and the Hamas of Lebanon were exchanging some small missiles. All went good until the guy at the passport control saw that I have previously visited Lebanon using the same passport. I was referred to a secondary immigration.

They were very interested to know why I would be visiting Israel during the “war”. I just replied that I hadn’t seen any missiles hitting Tel Aviv on CNN. Questions like this went for a while and then another person joined the interrogation. They were interested who my father’s father is and what was his profession. I had no idea as he had died sometime in the 50’s. Nonsense questions like this went for a while.

Quite frankly I was really getting annoyed at that point. I really had no other reason to visit Tel Aviv than to see the city and had some fun time. Finally they deemed that I was no danger to Israel and was ok to admit. I requested them NOT to stamp my passport as I was going to visit some Arab countries later that you cannot enter using a passport that has a stamp from Israel. They stamped it nevertheless.

2. Secondary in Canada after entering the county third time in two weeks’ time

This was actually quite funny. I entered Canada three times in two weeks. Once from Havana on a direct Air Canada flight and twice from Cote D’Ivoire via Dubai on Emirates. I probably shouldn’t have commented the border agent that she was processing me a week ago as well.

The secondary was the fastest ever. Took my passport, asked couple of questions and off I went.

3. Secondary in Auckland due to very complicated itinerary

In this case I had been flagged due to complicated routing. They couldn’t understand why someone with a Finnish passport would travel from Colombo to Rarotonga via New Zealand and then to the US via Europe. The reason of course was a very good business class fare.

This was probably the most throughout inspection. Two guys went literary through everything that I had in my carry on and on the checked in bag while carrying a nice conversation. I was more amused what was happening on the nearby table where they had pulled some poor Chinese that gave all the wrong answers to the questions he was asked.

Only the secondary in Tel Aviv was uncomfortable due to the time it was taking and the questions asked that didn’t bear any meaning. The one in Canada and New Zealand were rather pleasant. If you get selected for one, just take it with a pride. It will be a nice story to tell, although might be bit unpleasant at first.