Auckland is often overlooked city. People tend to use it only for getting to other parts of New Zealand or to some of the pacific islands. I have visited Auckland few times on my travels. It is nice city to break your journey for couple of days. Previously, I have always stayed at the Hyatt property, but the property was recently reflagged as a Pullman part of the Accor chain.

I had never been to the Hilton hotel in Auckland besides having a drink at the bar. Decided to burn one of the free night certificates from the recent Hilton promo. The paid rates were rather high as they usually are for this property.

The best way if you have plenty of luggage and more than one person is probably take a cab. It should cost around 90 NZD. As I was just traveling with my carry on and I had never tried the very frequent airport bus before, decided that now it was the time. Bought a ticket to the bus using a credit card for 16 NZD. The schedule is very frequent – every ten minutes or so. The last stop, which is the ferry building, is less than a ten minute walk from the hotel. Not difficult at all. There are only about five six stops altogether.

The check in wasn’t bad, but it wasn’t perfect either. I was told that I had been upgraded to a some sort of sea view room. I inquired if a suite upgrade would be possible as I was only staying for the night and would leave rather early the following morning. The clerk told that they have only one suite available and offered it to me as a upsell. I asked if he was aware of the changes to the Hilton HHonors Diamond program on January 18th that would bring the suites also to the pool of possible Diamond upgrades. He went away to the backroom and came back with the positive news. He probably had a word with a rooms controller or manager on duty.

This was a beautiful corner suite on the 7th floor with a wide open view of the Auckland harbor. There was couple of sun chairs on the balcony where you could have relaxed a bit. The only problem with this suite was that there was very little privacy unless you closed the curtains. Also, somebody staying in the next door could have easily “jumped” to your balcony. There was really nothing preventing it. 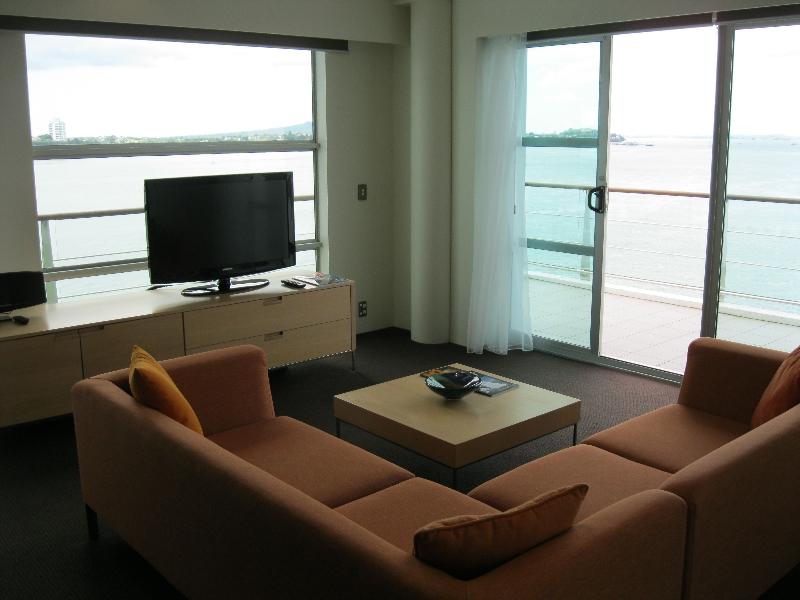 I think that the style of this suite was “fresh”. I could say almost Scandinavian. The furniture wasn’t heavy. The only think I didn’t like was the rather generic looking bathroom. I also think that they should have higher quality bathroom amenities in their suites.

The pool itself is very tiny and in an urban atmosphere. Not sure how long and when you get sunlight there. There is a sundeck as well with some chairs around. This is not a right hotel if you like to spend time by the pool, however. 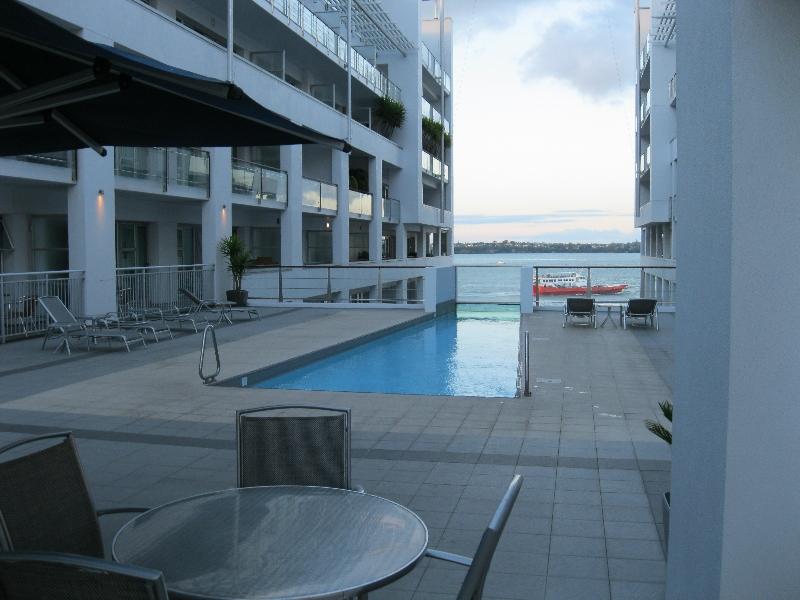 Fitness center was rather compact but could well work for a hotel of this size. I had a nice workout there in the evening.

I was still in a very different time zone and went to breakfast only 10 to 15 minutes later after the restaurant had opened. They were still setting up the displays.

The breakfast spread was one of the better ones that I have come across in the Hilton chain sans few properties in Thailand. You had an egg stations, cold cuts, fruits, hot items etc.

The breakfast was complimentary and I didn’t have to sign anything. I did the waiter my suite number. They probably have a list of guests that have complimentary breakfast included with their rooms. 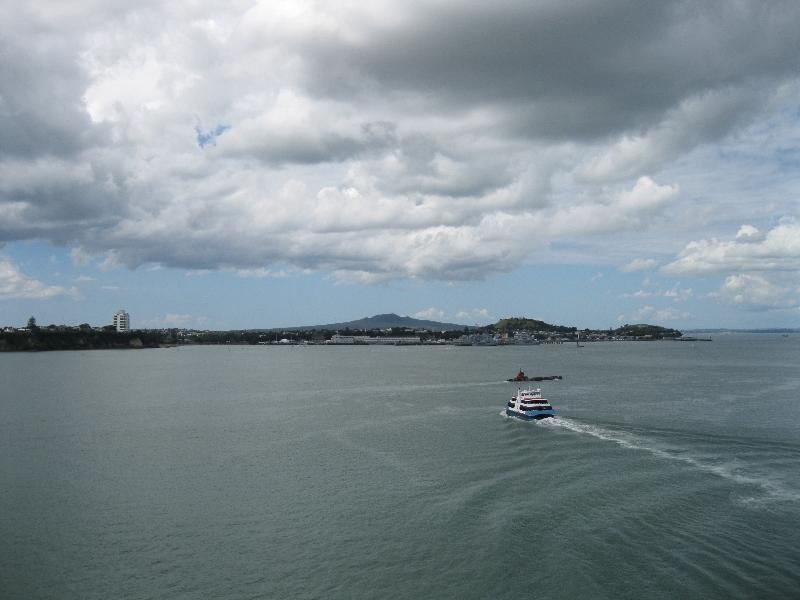 This is a fine Hilton hotel and I loved the view from the balcony. Depending what you are going to do in Auckland the location may or may not work for you. For my purpose of spending there 0 hours to relax between flights it did work perfectly. If you are Diamond member and have not been upgraded prior to your checking in, it might be worthwhile to ask what they have available.