My favorite program for complicated one way travel award in business or first class has always been the BMI’s Diamond Club. The program is somewhat difficult to understand, and the economy awards using BMI miles rarely make any sense at all. Lufthansa is in the process of selling BMI to British Airways’ parent IAG. Diamond Club wont be around for too long.

I am right now in Suva on my Continental Airlines issued award ticket that I wrote about two weeks ago. I am flying to Apia (APW) tomorrow on Air Pacific, and was going to issue an award ticket to take me all the way to Colombo, where my next Emirates tickets start, from Apia. 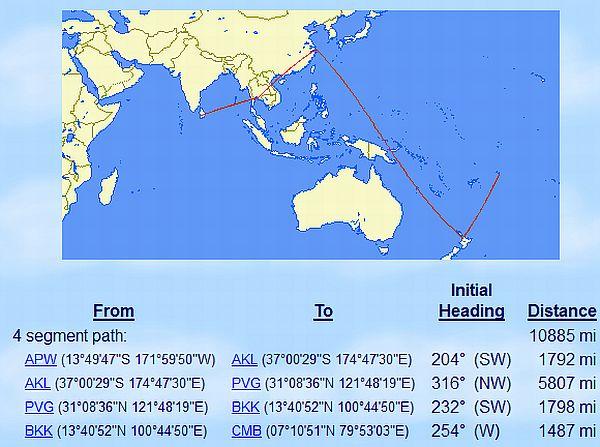 As always, I do my homework in advance. Experflyer is very useful for checking the award availability on Air New Zealand. Getting out of Apia (APW) is borderline impossible using awards on any other day than Thursdays when Air New Zealand flies one of their 767’s there. Getting out of Auckland is somewhat tricky at times too. There are only Air New Zealand, Singapore Airlines, and Thai Airways that are the only Star Alliance carriers serving the country.

My preference was not to have a stopover in Auckland but rather in Bangkok. There were no other redemptions flights available in business class out of Auckland on 23rd than to Narita and Shanghai on NZ.

My first attempt was to ticket APW-AKL-PVG-BKK on Air New Zealand and Thai and then ten days later continue to my final destination BKK-SIN-CMB on Singapore Airlines. Unfortunately, I couldn’t get it ticketed at the mileage level I wanted as the Diamond Club was claiming that this wasn’t an allowable Star Alliance routing. I then moved my plan to get to the CMB couple of days earlier on a direct flight from Bangkok, but this still wasn’t an allowable routing according to the Diamond Desk.

At this time I have a longer conversation to see what is the system or tool they use to validate routings. It appeared to be Star Alliance’s website. And it appeared to check the routings to a stopover point.

At this point it was already like 2AM here in Suva and decided to give them a call few hours later when they have another shift working. 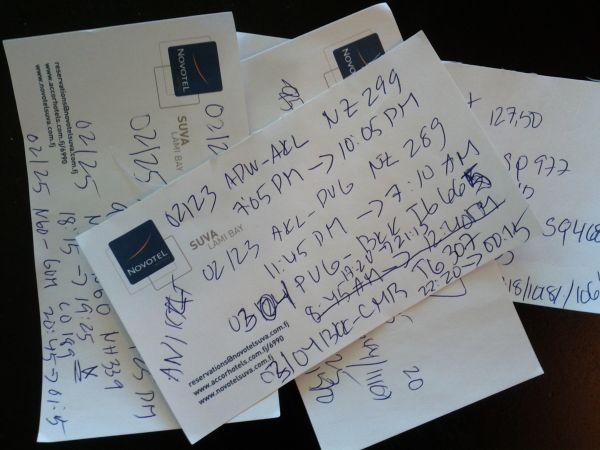 In the morning, I made four alternate award plans that I would try to get ticketed. To my surprise just by changing the stopover point from Bangkok to Shanghai somehow made the same routing that I had tried to ticket the night before permissible.

The final routing was APW-AKL-PVG on Air New Zealand in business class and then after a ten day stopover PVG-BKK-CMB on Thai’s business class.