This was going to be my first accommodation in Fiji. The day before arrival I was looking at various rates for this hotel and found a points + money rate that was good deal. I had originally planned to use a free night certificate from a promotion.

This is some sort of timeshare or partially owner owned property. They have owners lounge, although not a Hilton club lounge. The unit that I had was quite residential as it had a washer & dryer, refrigerator, dish washer, hot plates, and a grill on the outside patio.

The hotel is on the Denarau Island where most of the other international hotels are located. I also stayed at the Radisson Blu and Sheraton hotels during my stay. Hilton was most definitely best of these three options. There is also a Sofitel that many consider to be the best of all, however.

There is a Denarau harbor where many of the restaurants, some shops, and a Hard Rock Café is located. You can also catch a ferry or boat and do an island excursion. There is a shuttle bus for a daily flat fee that takes you from any of the resorts to the harbor.

There are quite a few airport taxis at the arrivals area. Local taxis would be probably cheaper but getting one would be a challenge. I tried but gave up after ten minutes. The airport taxis are not that expensive. It took around 20 minutes in pouring rain to get to the Hilton. The fare was 20 FJD.

The check in area is immediately to the left when you arrive to the hotel. They had all the paperwork ready. Some of the units are quite a faraway from the check in desk. I had a buggy taking me to the 2801 with my bags.

I was assigned a ground floor “suite”. It was basically just a large open space that had been divided by couple of doors.

The bathroom was very well stocked. You could do your own laundry using the washing machine and the dryer. The bath tub looked nice, although I didn’t use it. 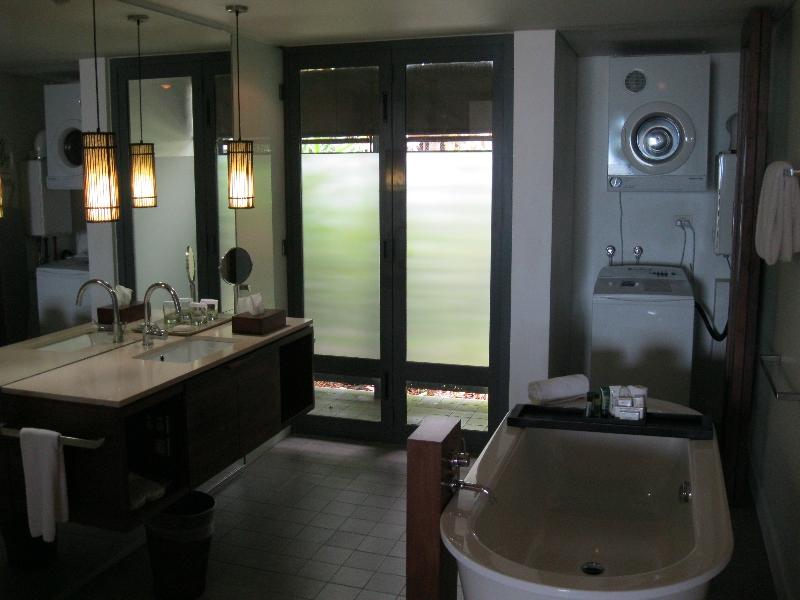 They had the new Peter Thomas Roth line of amenities, but for some reason had the old La Source pump bottles in the shower. 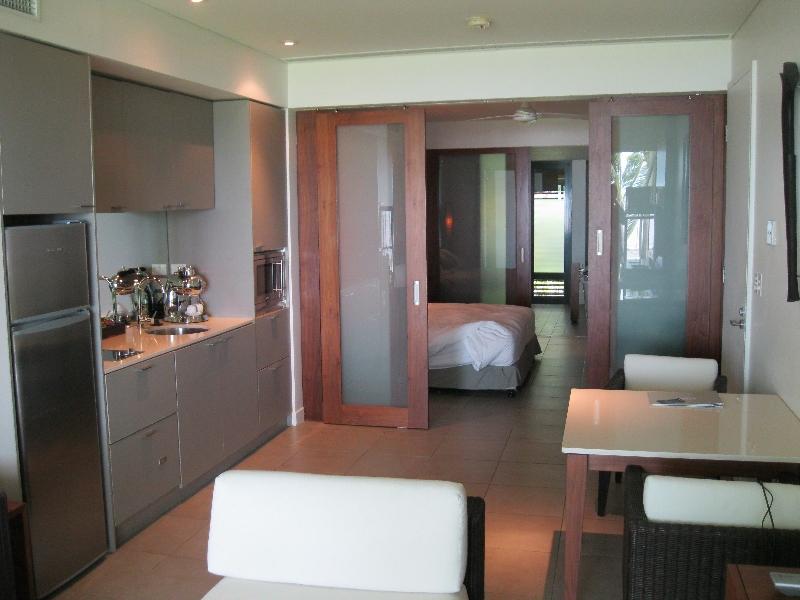 There are two pools that are divided by a restaurant. These are fairly large sized and had sun chairs all around them. The weather was terrible for the day I was in the resort. It was mainly raining non-stop, but when there was a bit of sun there were immediately few people on the pool area.

The beach itself is unremarkable, but this is the case with all the hotels in the Denarau area. You cannot really spend any time in the beach itself, but that’s why there are pools.

The fitness center was in the opposite corner of the resort from my suite. It was quite small but had the equipment that I needed for a quick workout. 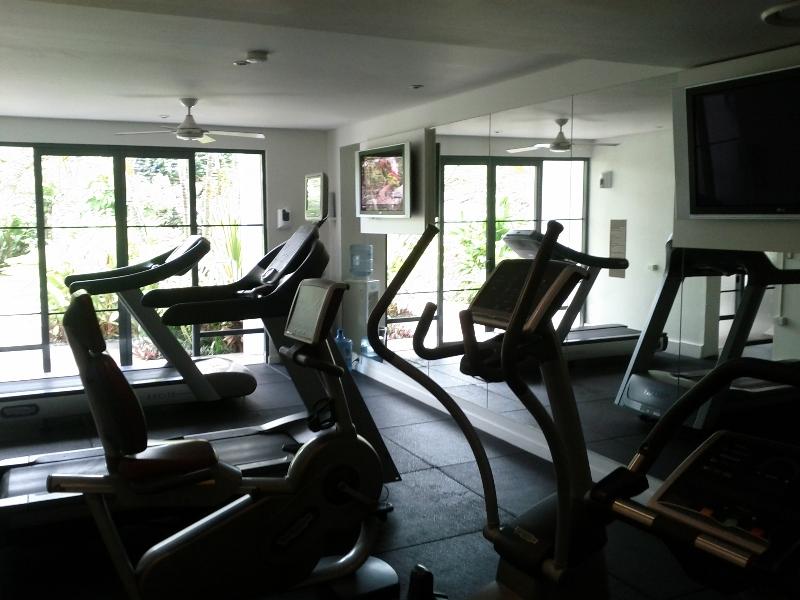 My tip would be to eat inside. I took a table outside and when I went to pick up something there was immediately number of birds picking up on my plate. I quickly decided to re-seat myself inside. The breakfast selection was quite nice and what you would expect from a resort. The service was slow but that is not unexpected in Fiji. 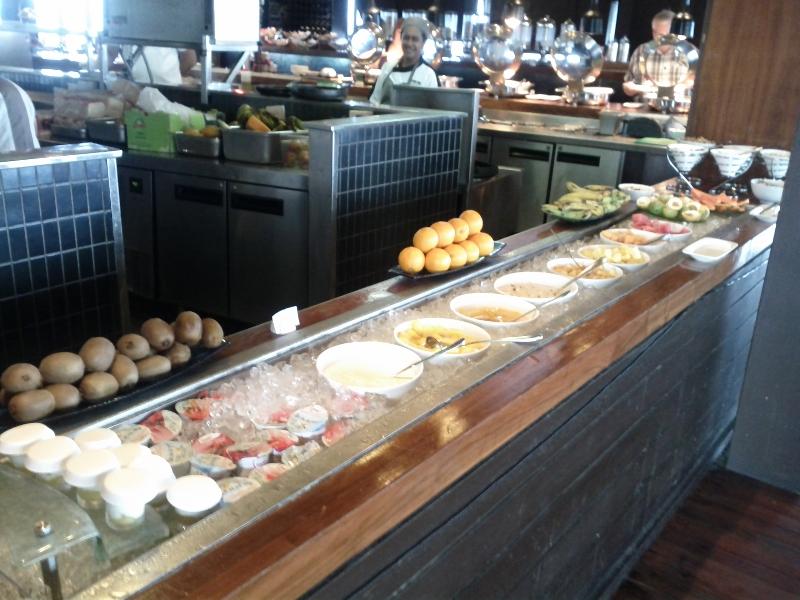 This was a fine resort, but I wasn’t entirely satisfied with my brief stay. It could have been due to being in Denarau that is an isolated tourist area where there is nothing else around. You can always take a taxi to the Queens road where there are bars and restaurants which the locals go.

My tip would be to get a room/suite that is closer located to the central area of the resort. If you are “housed” in the very west or very east in the resort, it will be quite a hike to anywhere. I did saw quite a few people using the buggies to get around. You can probably get one by calling the operator.

Not sure if this resort offers any kind of Diamond amenity. At least there was nothing in my suite that would have indicated that I had received one. I always find it helpful when hotels have a welcome letter that is customized to your status. Not sure exactly what are the Diamond benefits at this resort beyond the upgrade and the complimentary breakfast.