Last week I had had enough of Denarau Island and Nadi, and decided to make my way to the city of Suva, the capital of Fiji. Of the three hotels that I visited in Denarau the Hilton was by far the best. I wasn’t very satisfied with either Sheraton or Radisson Blu hotels. I also had a quick overnight at the Mercure hotel. This hotel is bit on the pricey side and thus it is very good value using Priority Club points/Points and Money rewards as I pointed out.

This InterContinental is located in Natadola Bay, which is about an hour drive from Nadi International airport. The actual distance is only 40 kilometers, but the road itself is in terrible condition. There are numerous villages that you pass by and very deep potholes. 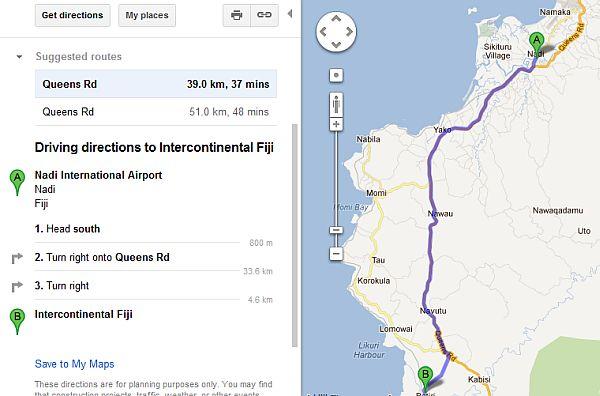 I am sure that the hotel can arrange a transport from the airport to the resort. Whether you need a rental car is entirely dependent what you are planning to do. If your main focus is relax in the resort and only fly in/out, I wouldn’t rent a car. If you are planning to get around and maybe visit the Suva, renting a car is basically essential. I got a pretty good deal from Europcar for the days I needed one. There are quite a few car rental agencies at the airport. You might be able to negotiate something on the spot, but I made the reservation over the website, however.

There are few signs on the main road, but they are easy to miss if you are driving in the dark. I would suggest that you try to get to the resort during the day light hours. Also, the GPS in my phone was not able to work properly on the Pacific. I did get an approximate location based on the cell phone towers, but not the exact one.

The check in could have been better. For some reason their system showed me as a Gold member even when the correct InterContinental status is Royal Ambassador. I didn’t have the card with me so I had to log in to the Priority Club website to show them that I was indeed RA. 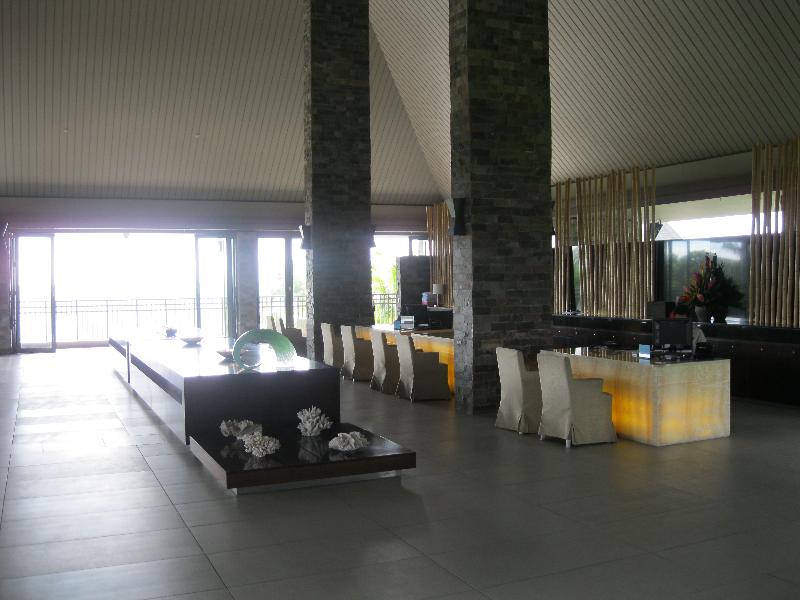 Not sure what is the usual Royal Ambassador upgrade here but the entire Club section of the hotel was closed due to low occupancy during the southern summer. You can see the club buildings on the attached map. They are further away from the main pool and beach. I would rather be on the buildings that are next to the beach. 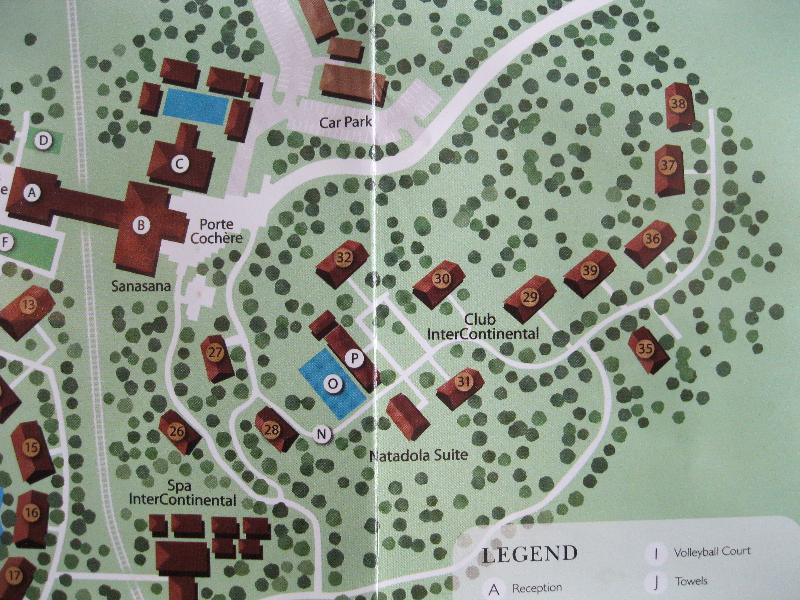 They hadn’t prepared a suite for me as they had the wrong status on their system. I was told that it would take 10 to 15 minutes for them to prepare a suite for me. I went to the bar by the pool and had a margarita while waiting.

This was a beautiful ground floor suite with an outside terrace that had a nice bath tub. You could walk on the grass to the beach or just relax on the couch outside. 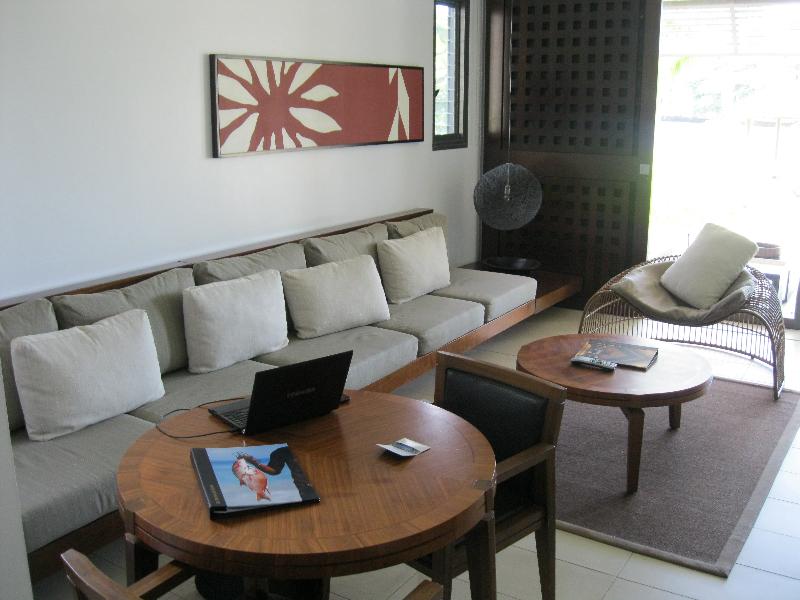 The living room had a really long sofa, work desk, entertainment system, a hair, and the access to the patio. 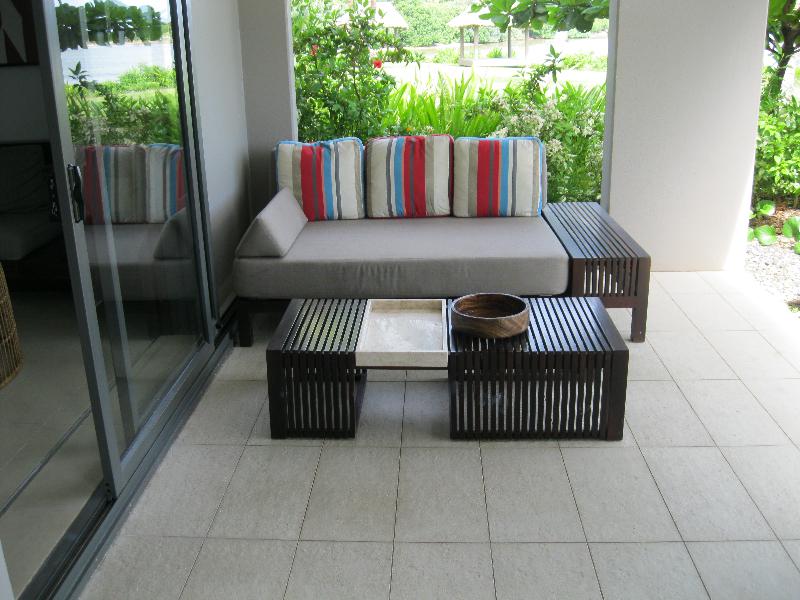 Bedroom was anything you would expect from a modern hotel. There was obviously another TV and wired internet connection. The hotel didn’t have wireless internet access in the rooms. 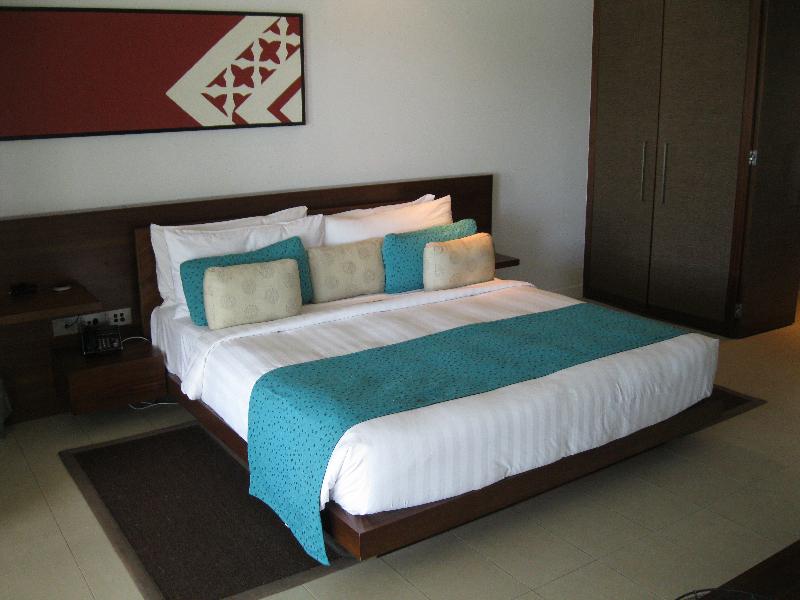 Bathroom had a shower and a toilet, but as I noted above the bath rub was actually on the outside patio. 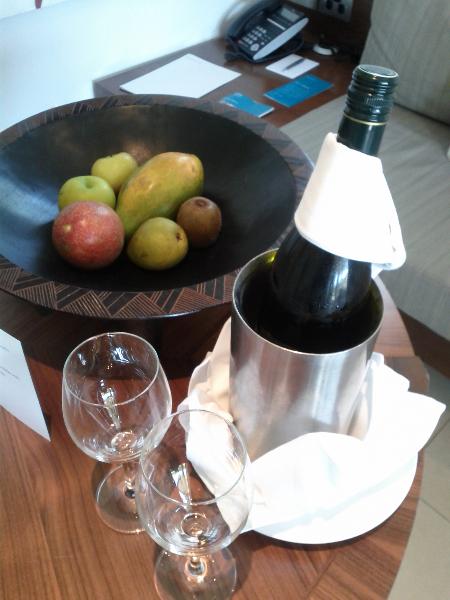 This hotel honored all the Royal Ambassador benefits even on an award stay. Per the program they don’t have to extend them beyond paid stays. It is always nice, however, when they do. I had a nice white wine amenity and a fruit display brought to the suite. Late checkout 4PM was granted and the minibar was complimentary as well, although I didn’t have time to take extensive use of it.

There are two main pools around the property. According to the map there might be one in the club area as well, but that was closed as I noted earlier due to low occupancy. The main pool is by the beach and is infinity style. There are plenty of sun chairs and loungers around. You can watch the pool while eating or drinking in the pool bar/restaurant. 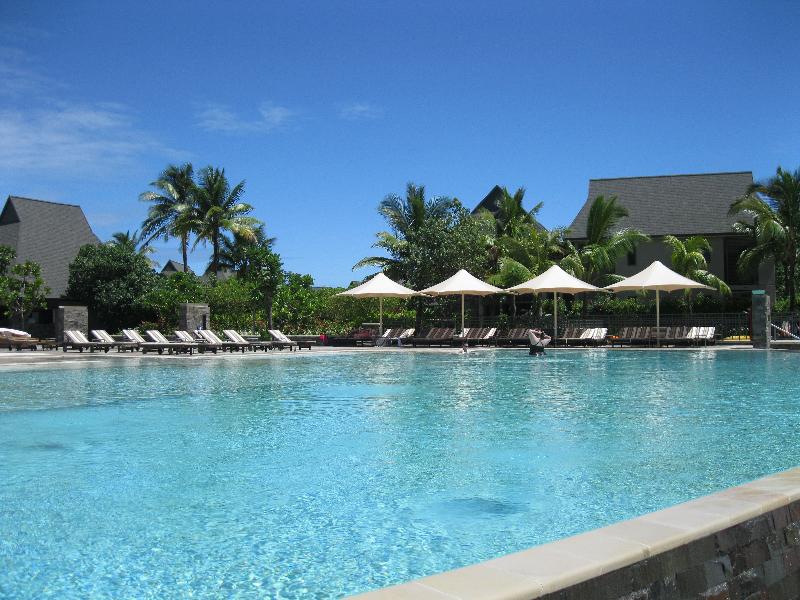 The other pool is closer to the buildings. There are quite a few loungers and sun chairs in this area as well. I think that this pool is a lot swallower than the infinity one. 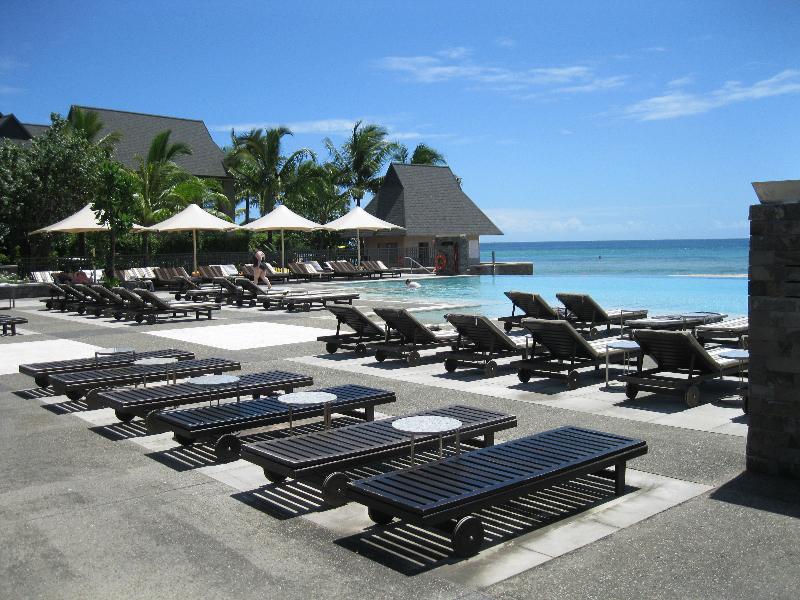 The beach here is much better than in the Denarau area, but I would still probably spend most of my time by the pool or in the private patio. There is also a small island on the other side, that you can access during the low tide by just crawling. During the evening you can see quite a few local people crawling in the water and doing some fishing. 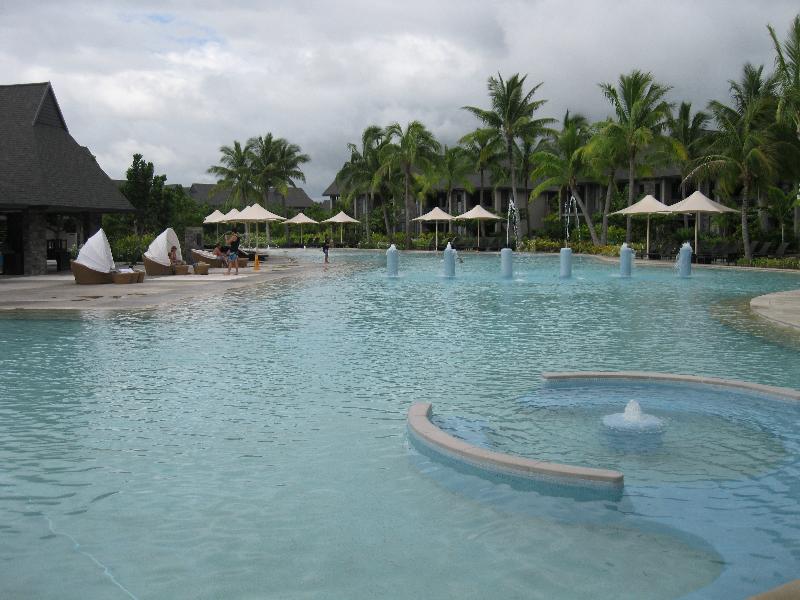 There are two/three restaurants on the property, and as one might expect this being a resort they are all on the high side when it comes to the price. There aren’t any local other options around. I only had a snack on the restaurant in the evening as I had arrived rather late. In the late morning I had a lunch of fried calamari and fries. Both were fine. 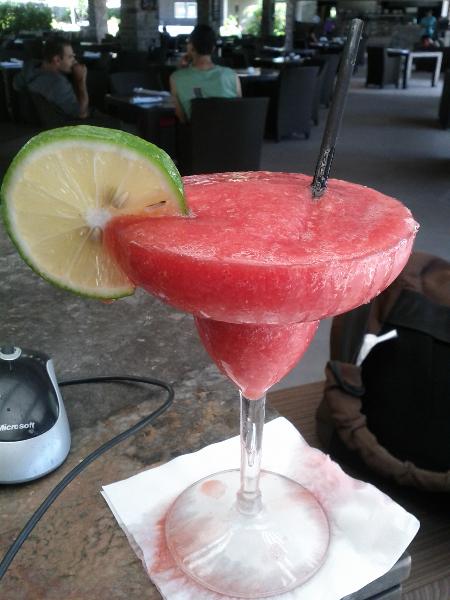 They had a modern fitness center that was housed in one of the buildings. It had all the modern equipment that one has come to expect. 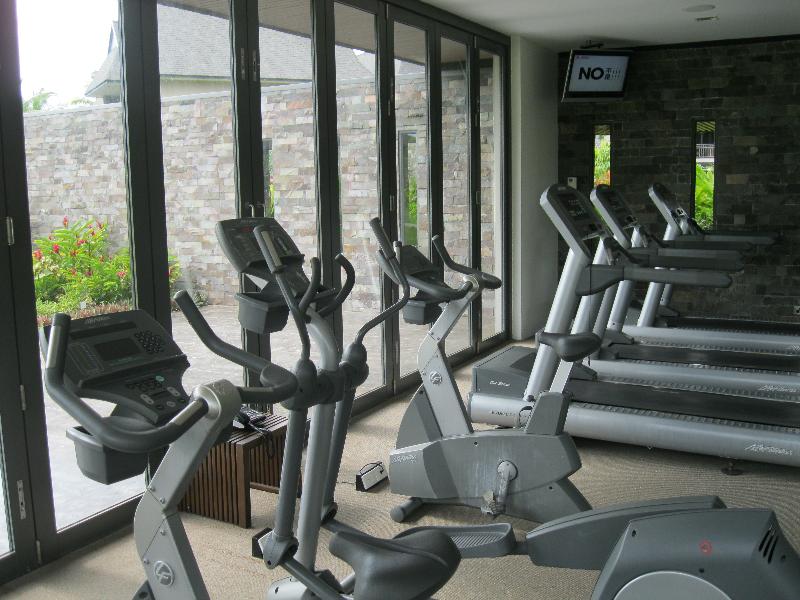 This property surprised me very positively after subpar Hilton, Starwood, and Carlson properties in the Denarau area. This was truly made for international InterContinental standards and the target audience is definitely more upscale clientele than those of the above mentioned other hotels. The pool and beach area is basically fantastic. Employees were mainly Fijian but the GM and one lady working in the guest relations were from Australia/New Zealand. 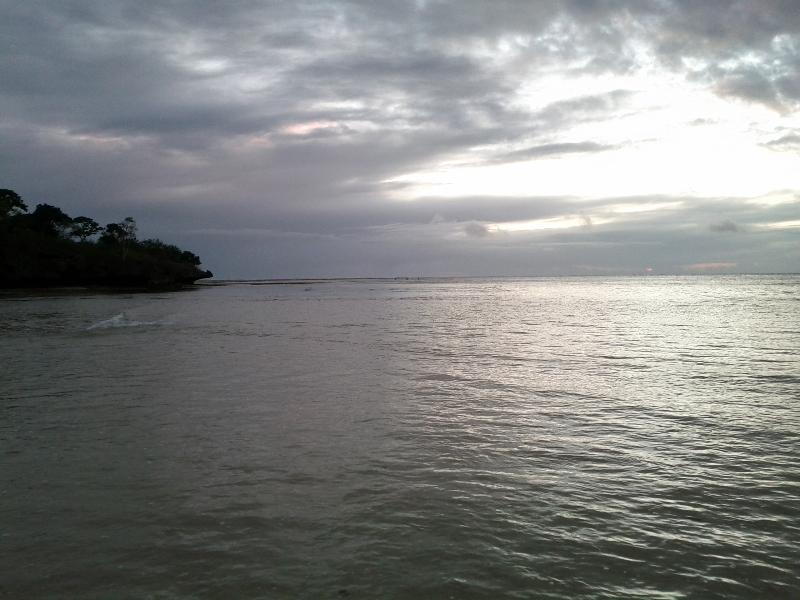 I am glad that I decided to stay here for a night on my way from Nadi to Suva. Could have easily spent few days, but unfortunately it wasn’t possible on this trip.