There were quite a few changes announced to the SPG program back in January. The ability to earn lifetime Gold or Platinum status, continental breakfast for Platinum members in lieu of the 500 point amenity, 10 suite night awards for PLT members with 50+ nights, and an extra Starpoint + flexible 24 check in/out for 75+ night Platinum members. 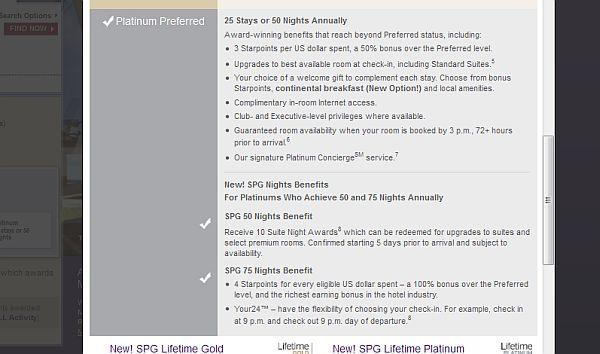 What was not “officially” announced or listed under various Starwood Platinum benefits, is the Starwood Ambassador for those with more than 100 nights with Starwood in 2011. I had 130+ nights in 2010 and around 110 in 2011. My nights actually went down, but I was assigned an Ambassador due to this new program wide initiative.

The Starwood’s Ambassador Program is not a new one. It was launched back in 2009 to serve better those high value guests that weren’t necessarily even members of the Preferred Guest program. Previously, there wasn’t any number of night requirement to become a Platinum member that is Ambassador managed, but the qualification was rather based on the dollar amount spent.

You will have the same Platinum status as the guest staying 25 stays or 50 nights yearly. The only difference that the front desk or the hotel can see, if they dig around a bit, is the fact that you are an Ambassador managed Platinum guest.

The Starwood Ambassadors are there to ensure that the hotels are aware of the preferences of the member and treat them to the utmost respect. These Ambassadors are basically spiced up Platinum concierge that are assigned number of guests to deal with. As is the case with Platinum concierge, they are supposed to deal with all kind of travel related requests from the guest even when they are not Starwood related.  I am not entire sure, however, why people would use them for issues that you can easily Google and sort out yourself.

I do understand why Starwood launched this Ambassador program. They are trying to capture a greater share of the travelers’ hotel dollars by providing personalized service that other chains i.e. Hilton, Hyatt, InterContinental, & Marriott cannot match.  Once you have used to program to fulfill requests to the level that the Ambassador program does, it is very difficult to switch chains. 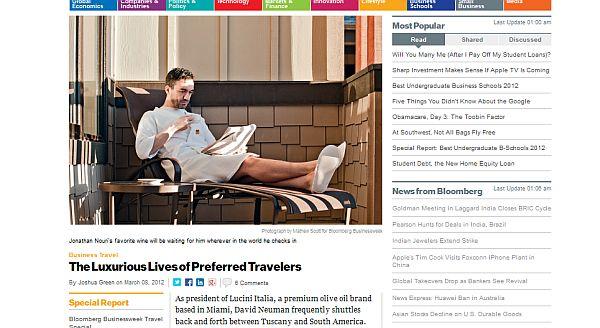 There was recently a puff piece about the Starwood Ambassador program on Bloomberg Businessweek. You should not expect to receive the level of service described on this article from the run of the mill Ambassadors. Based on my own experience, I have needed to coach the Ambassador about the promotions that the program is running. Also, I don’t need the level of service described on this article. I can live without having my favorite champagne chilled and waiting for me in my suite when I arrive, or to have guacamole and chips sitting on the table.

All what I need from the Ambassador, is to sort out things when I am not able to accomplish them by myself i.e. the website is acting up. I have been to about 70 countries and have spent more than 300 nights yearly at hotels every year since 2004. I don’t think that there is a lot value added the Ambassador can bring to table by sitting on Starwood’s call center and contacting the hotels/using Google to fulfill requests. I rather handle my travel by myself. I don’t use Starwood exclusively. The chain gets about third of my hotel nights.

I have to say, however, that couple of friends of mine that have been part of the program longer, are huge advocate for it. It appears to help with upgrades in more popular Starwood hotels that have high number of Platinum members checking in.

Would I go out of my way to hit 100 nights with Starwood to get an Ambassador? I would absolutely not. I have and will always prefer having a top status with number of chains. Although Starwood has quite good global coverage, it is not present everywhere. Having a number of hotel statuses helps with promotions too. I like to participate to a number of exciting free and bonus points promotions over the year. Starwood doesn’t always have the best promotions every quarter. Besides, it would become boring after a while to stay same hotels over and over.

New Priority Club Point Breaks List Is Out – Valid Until May 31st, 2012