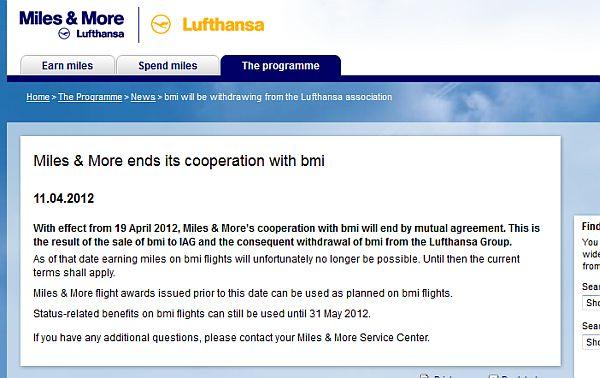 The last day to earn and burn Diamond Club miles will end on Lufthansa affiliated airlines (Lufthansa, Swiss, Austrian, and Brussels Airlines) on April 18th, 2012. This is also the last date to earn and redeem miles on Miles & More program on BMI operated flights. 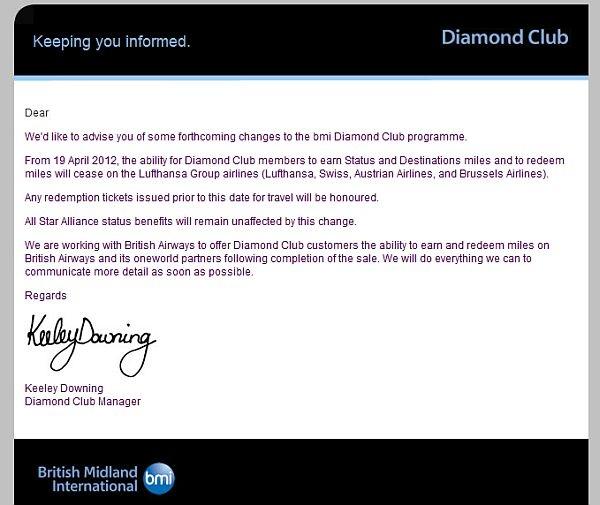 It has not been officially announced when the BMI will leave the Star Alliance. It is unlikely that they could announce on April 18th that the last day for redeeming miles and get status benefits on Star Alliance would be April 18th, 2012. But then, who knows exactly what is going to happen.

It is possible and I think likely, based on the announcements that Asiana  & Lufthansa have made, that the earning and burning miles on other Star Alliance carriers besides the Lufthansa group would continue until May 31st, 2012. Certainly, I would hope so.

Anyway, I am going to try getting in few redemptions before the end of the week. Those phone lines at the Diamond Club must be very busy this week.