I am currently here in Kuala Lumpur, but will make my way to Europe next week after few days in Shanghai. I will land in Rome where I will spend few days, and then need to make my way to Stockholm from where I have unused business class return to Dubai via Addis Ababa on Ethiopian. To make things more complicated, I need to briefly visit Finland for few hours somewhere between.

For the past couple of months I have been reading customer service and other service failure horror stories about United on FlyerTalk. It is understandable that some things can and probably will go wrong when you are merging two large airlines like United and Continental. I have been mostly shielded of this wreckage as I have been traveling mainly in Europe, Asia, and Australia for the past six months, and haven’t set my foot on any of the US carriers for a while.

My status will most likely drop from Premier 1K to Platinum or Gold with United next year. It cannot go below Gold due to me having more than a million flight miles on the United’s program. I have the same situation with American where I have a lifetime Platinum status due to 2.7 million miles that I have collected.

So my goal today was to book FCO-XXX-HEL-ARN on Star Alliance using United Mileage Plus miles from my account. This award should cost 12.5K miles in economy. American also offers similar awards for intra-Europe travel, and the cost for oneway is 10K AA miles.

So, using KVS Tool I identified the flights on Lufthansa FCO-MUC-HEL and on Blue1 HEL-ARN that had award availability in economy.

For some reason Continental.com DBA United.com was not able to price it correctly. It was able to price the transfers correctly tax wise, but was requiring double the number of miles than it should have. 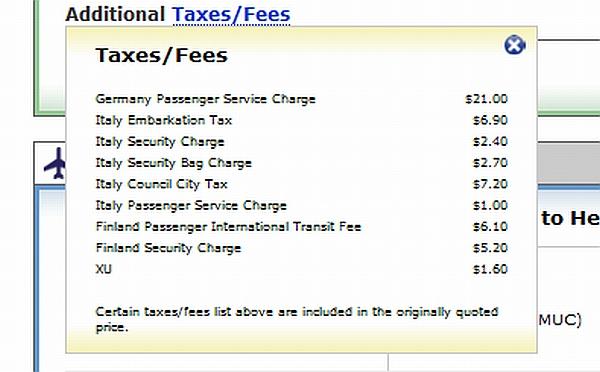 I dialed the ATT USA Direct access number here in Malaysia (free) and inputted the number for the 1K desk. This way I don’t have to pay for the call at all. The call was promptly answered, but for some reason I was immediately transferred to some award rewards phone tree. Second time the same thing. This time, however, I waited for few minutes and listened to the music before hanging up. Apparently some agents are not keen working on award reservations. But, I have zero patience working with United’s outsourced call center workers in Manila or India. It is like banging your head against the wall.

Third time I got an agent that was willing to do an award reservation, but appeared to be challenged when it came to Star Alliance member airlines and transfers vs stopovers.

1. According to the agent Blue1 is not affiliated with United or Star Alliance and they cannot book them. I pointed out the that airline is listed as a Star Alliance carrier on United.com and maybe she should check her info.

2. Agent was referring a transfer of less than 24 hours as a stopover, which is incorrect. She was probably confused with domestic US transfer/stopover rules versus international ones.

3. Supervisor refused to ticket it because of the “stopover” and not a valid route. There is a valid MPM based YY fare that has an MPM of 1477. FCO-MUC-HEL-ARN is 1681. This is within MPM + 15. On paid itineraries you can exceed the MPM up to 25% by paying extra.

Overall, it was just a miserable experience with United’s supposedly 1K desk. Was transferred twice and the third agent was obviously very confused. I still have few tricks on my sleeves to get this itinerary ticketed.

Now that I had already wasted about an hour of my time and made three fruitless phone calls, I Decided to have a look at Finnair options using my American Airlines AAdvantage miles. Although I am a Finn, I really prefer flying on Lufthansa, especially if I end up in economy. Last time I flew on Finnair, maybe five years ago, was from Berlin to Helsinki in business class.

As is the case with United, I always want to know the award availability and my preferred routing before I call AA, although I have find it far more pleasant to deal with award reservations with AA than United.

Tried to use my British Airways Executive Club account first to identify Finnair award availability on the route.

The BA’s engine wouldn’t show Finnair availability on the Rome to Helsinki route as they fly it on themselves as well, although it would be quite a detour. Also the number of required miles would be 30K BA & 100+ euros in fuel surcharges etc.

But because British doesn’t fly Helsinki to Stockholm, you can pull up both the economy and business class availability on that route using BA.com.

ExpertFlyer does show Finnair’s award availability for economy, but won’t for business. It was easy to identify that I would get from Rome to Stockholm in Economy via Helsinki. Couple of hours would be enough, but I would prefer an overnight transfer. 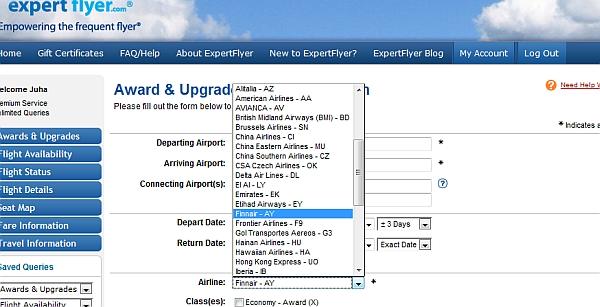 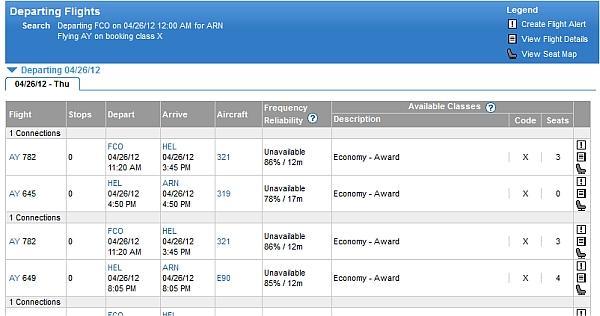 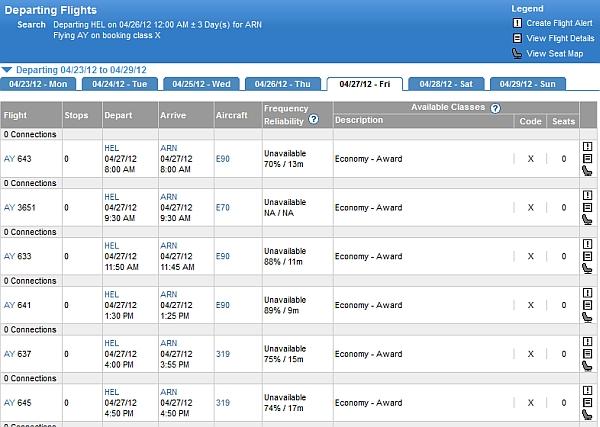 I haven’t received my new Platinum AAdvantage card so decided to call the Executive Platinum number for free using the ATT USA Direct Service, the same service that United also uses. Lady who picked up my call transferred it to the “Platinum” desk. The gentleman was able to book the Finnair flights that I had identified to have economy availability and put in on hold for me. The call to AA took 337 seconds. I got the record locator and was able to easily pull up the itinerary on AA.com. The taxes were $57.90 and the number of miles required 10000. 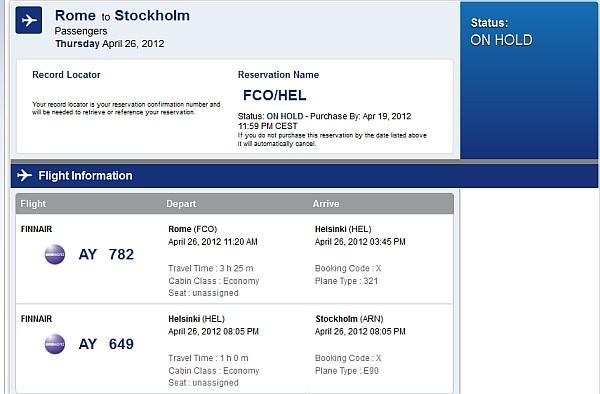 It makes sense to participate to number of programs. Although I far prefer Star Alliance over Oneworld, sometimes the Oneworld carrier is a better option. Also, dealing with United can be very problematic and time consuming as I again found out today. Not sure where they find all these surly people to man their 1K desk?

I am almost certain that I will get my preferred itinerary booked using Lufthansa and SAS, but it will take few phone calls.