Once my United Airlines Mileage Plus and Continental Onepass accounts were merged back at the beginning of this year, I became a one million miler on United. There are certain benefits associated with this status, although they were somewhat watered down during the merger process, like the lifetime Premier Gold. Regardless of my future United activity, my Mileage Plus status won’t be lower than this. The main benefit for me is the lifetime Star Alliance Gold status.

The One Million Miler box came by UPS Express

There was a personalized One million miles-leaflet inside. 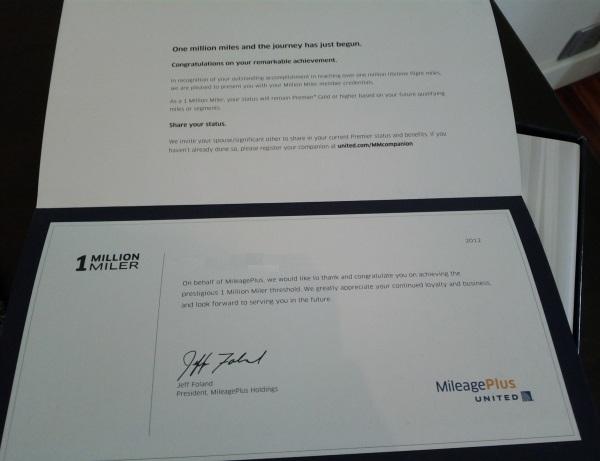 Another set of drink coupons and the Premier 1K call instructions 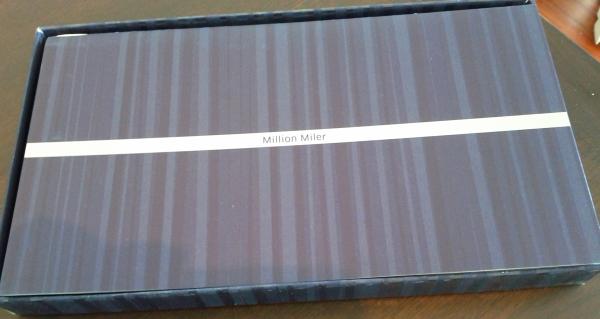 Overall, it is nice that United keeps recognizing their fliers that have reached this significant milestone. The first one million has been a somewhat bumpy ride with first the bankruptcy and then the merger with Continental.

What got me hooked on United was the Let’s Kill The Independence Air-promotion back in the 2004. I loved that promotion and got Star Alliance around the world in business class ticket out of it.