Part of the InterContinental Ambassador program are the gifts that both Ambassador and Royal Ambassador members are supposed to receive. This is actually written on the terms and conditions of the program. You do receive them most of the time, but I rarely found them good enough to take with me, however.

Here are two good ones from the past month. One of them is better thought than the other though. 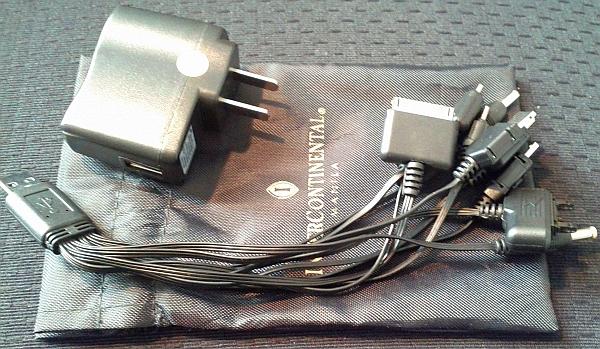 I think that this is probably the best Ambassador amenity I have ever received, and it really cannot cost the hotel more than a buck or two when they buy them in large quantity. Who wouldn’t have a use for charging cable that has built in number of tips for various cell phones and devices? It is also small enough and includes a pouch as well that reminds you about the property every time use it. 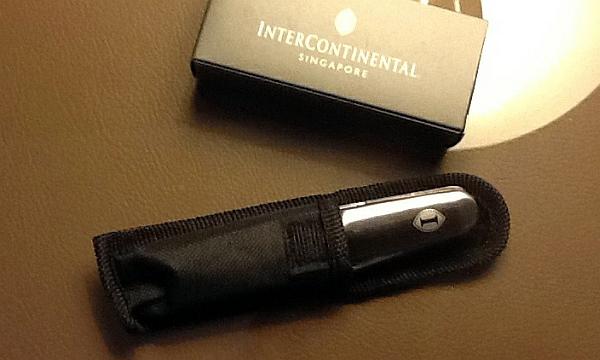 This is nice, but not convenient for a traveler that doesn’t check bags. You are not supposed to have even a small knife like this in your carry on.

These were the two gifts that were memorable from the past couple of months. Both were good actually. The latter one is not suitable for business traveler, however.