Last week, I was in Kuala Lumpur and needed to get to Jakarta for the weekend. KLM has some tag on flights here in Asia like KUL-CGK, SIN-DPS, and TPE-MNL.  I have also taken the now discontinued BKK-TPE flight in the past with KLM. 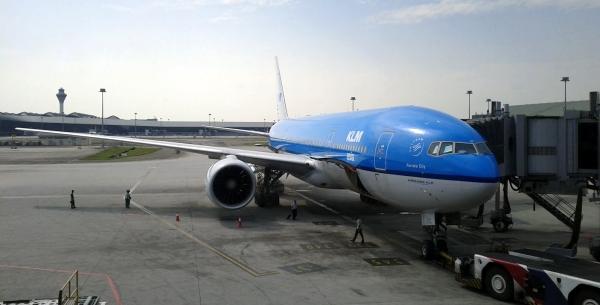 These fifth freedom tag flights tend to be very competitively priced as was case with my Kuala Lumpur to Jakarta return. I sometimes buy these in business class, but this time I decided to pay only for the economy because the flight time is around 90 minutes or so.

Due to the short flight time and for the fact that the KLM provides a full service on these flights, it often makes sense to order a special meal. These are often delivered first and offer more variety than the food that they provide.

I sometimes order a MOML (Moslem meal), KSML (Kosher Meal), or any of the numerous other special meals the airlines offer. As my flight was from Jakarta on the return, I decided to check out how is the KSML option out from predominantly Muslim country, Indonesia.

The choosing of special meal on KLM’s website is very straightforward. I wish that all the airlines would have this process implemented as seamlessly as KLM. There were plenty of options and I chose KSML for both the KUL-CGK and CGK-KUL sectors. 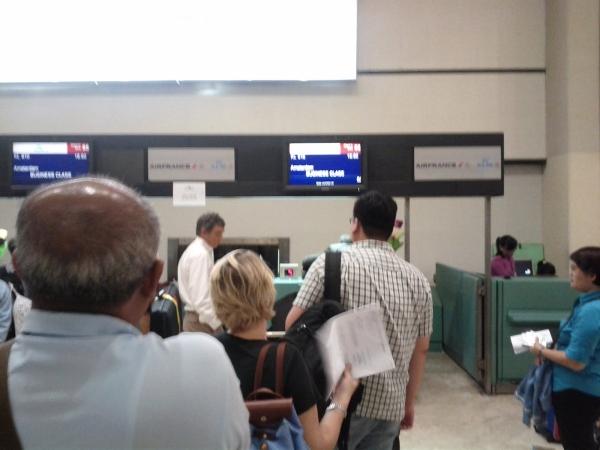 The check in was chaotic even at the business class counter that I can use as a SkyTeam Elite member. I was offered an upgrade by the check in agent for 700K that is around $70. I made a counter offer of 500K IDR and we agreed to 600K IDR. Here starts the interesting part. They were not able to accept a credit card for the payment. Cash would have been the only option. I am truly wondering had KLM seen a penny of this upgrade for cash or if it had been just distributed by the outsourced employees working for KLM.

Business class at this price for this short haul would have been a decent deal; bottle of champagne, business class amenity kit, one of those Dutch houses that they distribute, and some edible food. But it wasn’t the end of the day that I didn’t qualify due to the special meal that I ordered. The actual flight time was 90 minutes and somehow I survived, although the Kosher meal was not the RIGHT choice.