Now Club Carlson has included their fourth brand Park Plaza Hotels & Resorts to their summer promo line up. You can earn 50K bonus Club Carlson bonus points for a stay by August 28th, 2012.

HERE IS HOW IT WORKS:

You need to register for the promotion at www.parkplazaultimatenightgiveaway.com after watching a short promotional. You will receive an email confirmation after the registration. 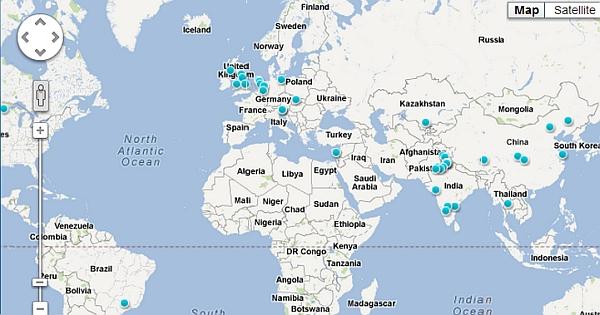 There are quite a few Park Plaza hotels in Europe and Asia. There is only one location in each of North America (Minneapolis), South America (Sao Paulo), and Middle East (Tel Aviv). There are none in Africa or Australia/Oceania. I am going to check out the two locations next week in Bangkok. You can search for closest Park Plaza location for you at www.parkplaza.com/destinations/.

Club Carlson redemptions start at 9K points per night, although the properties you actually want to stay at are more expensive.  You also have option of using Points & Cash option to pay for stays that is considered a qualifying stay for promotional purposes also.

I wrote a piece about different status levels that Club Carlson has and also how the status match program works. You can also read about my experience and points earnings from a Radisson stay for the Radisson version of this promo.  Radisson Blu is the highest brand of the group and I stayed at their property Radisson Blu Denarau Fidi back in February this year.