Over the years, I have used Expedia numerous times to book domestic United States and international airline tickets. I always use one of the cash back links to get some money back for these purchases, and I signed up for the Expedia Rewards program, when it was originally launched as a beta in the spring of 20122.  Nowadays it is open for anyone.

At the end of last year, Expedia also changed the number of points that you would earn from flight & other bookings (went down), while at the same time changing the number of points required for redemption (went up). This really didn’t concern me too greatly, because I hadn’t booked through Expedia just to get their Expedia Rewards points. It was basically just icing on the cake. 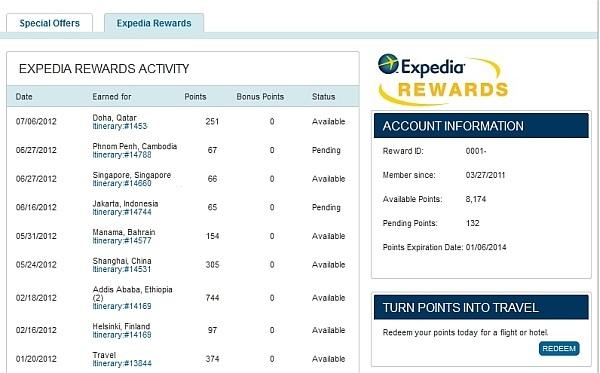 At the speed I am currently earning points, I would never get enough to redeem for flight awards. Last night, when I was looking for a hotel to crash late at night for 10 hours, I decided to have a look, if I could use any of the Expedia Rewards points that I had accrued. 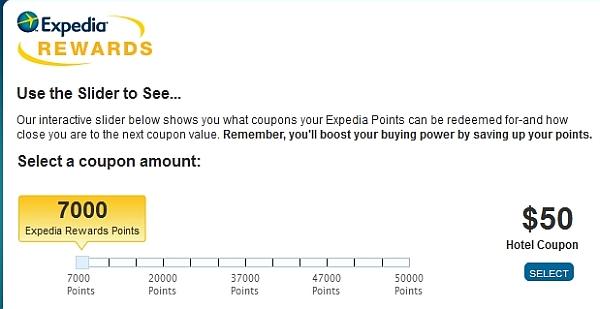 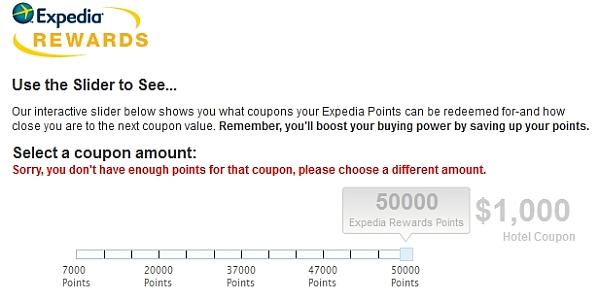 So, I decided to issue a $50 coupon after I had found a competitively prices Expedia Special Rate hotel that I could use the coupon for.

When I was paying for the hotel, I had to choose to use a coupon and use the pull down menu to locate it.

Expedia Special Rate hotels are prepaid ones. As the confirmation shows, $50 was deducted from the total. I paid $19 for the night after the coupon was applied.

You can also use points for airline awards. The number of points you have in your account must cover the entire cost of the ticket. 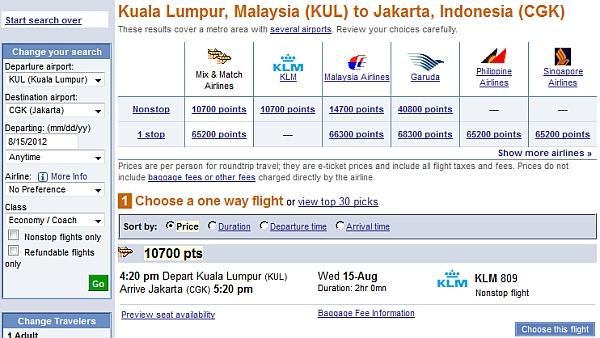 One way KLM flight from Kuala Lumpur to Jakarta was price at 10700 points.

You could have bought the same flight for $85.

Expedia seems to value their Expedia Rewards point at $0.008,when redeemed for airline tickets.

Expedia probably prefers, if you redeem for hotel coupons, because they can only be used for Expedia Special Rate hotels that are prepaid. Those are the ones that Expedia has the greatest margin. I would have preferred to see somewhat better redemption value than 0.7 cents for 7000 points.

Using Expedia Rewards points was very easy based on my redemption experience. There are few things to remember:

1. You can use hotel coupon only for the base price before taxes/fees.

2. If your coupon has higher value, the difference will be forfeited.

4. You can redeem for flights only, if your point balance covers the entire cost.