For the most part, the review of the hotel and surrounding areas that I wrote last year is still valid. You can access the previous write up here.

I had a one expiring free night certificate from a promo that Hilton had in 2011 and a Be My Guest certificate that I got after a bad stay at the Hilton Narita.  I used the free night certificate for the award room and the Be My Guest one for the two bed room villa. I tried to use the Diamond Special Arrangement for the award room, but it failed because this hotel is on the not participating list.  This award force was discontinued away earlier this month, however. 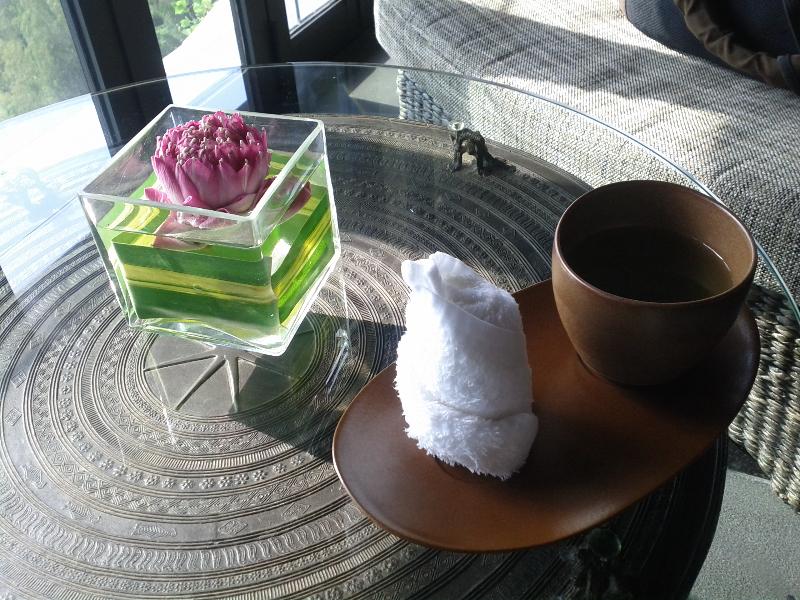 They checked me in for the regular villa for the first night (award) that was exactly what I expected them to do. Later, they called me to let me know that I could move to the two bedroom villa the following day.

This was exact mirror copy of the villa number 219 that I had on my previous stay.

There is some confusion with the Diamond amenity. I was informed that the massage was no longer an option. This contradicts what others have been told, however. The letter that I received (my name was misspelt) only had the breakfast and the wine listed as a Diamond amenity. 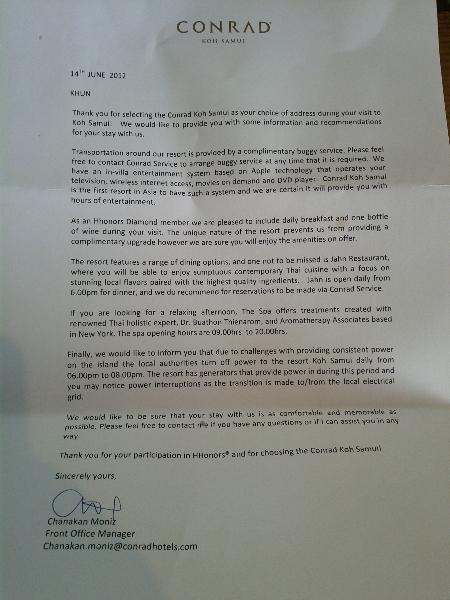 The red wine was so bad that I ended up turning it into sangria.

This was a very nice two bedroom villa that had a living room with a kitchen upstairs. You will get the best idea about it by looking at the photos and the video that I took.

Although this hotel hasn’t been open even for a year yet, there were some marks etc. that the hotel should fix. Also, the downstairs bedrooms didn’t smell fresh. I called the housekeeping to air them and throw in some air fresheners.

The pool area is about twice the size compared to regular villas. There were quite a few dead leaves etc. around the pool area that I requested housekeeping to take care off. Unfortunately they missed this request.

They got my orders wrong both mornings and it always seems to take forever for the ordered items to arrive.

On the second morning, after they brought me Eggs Florentine instead of the Eggs Royal that I ordered, I decided to pass on the breakfast because didn’t want to spend another 30 minutes for the delivery of the correct item.

They didn’t have a buggy available so decided to walk to the villa where the food and beverage manager was already waiting for me. I wasn’t in the mood of discussing about the deficiencies of their F&B department. I had already given feedback on my first stay and on the previous day of this stay.

This is absolutely stunning property, but you have to realize that it comes with its quirks as well. The service, in my opinion, doesn’t meet high price tag of the property. I don’t like welcome letters that have guest’s name misspelled, or letters informing about my confirmed noon departure time that wasn’t confirmed in fact. The breakfast would be very good if they had gotten my order right in any of the four mornings that I have stayed at this property.

There are very few hotels in Koh Samui that have a decent beach and the Conrad Koh Samui is not an exception. This should not detract you staying here as you should be spending the time at your own infinity pool anyway.

Starpoints on Sale at 20% Discount