Three years ago, when I was entering Côte d’Ivoire, I had the yellow fever shot at the Abidjan airport and got the usual yellow document to prove it. It wasn’t the most welcoming entry, but apparently there is some sort of epidemic in Western Africa. 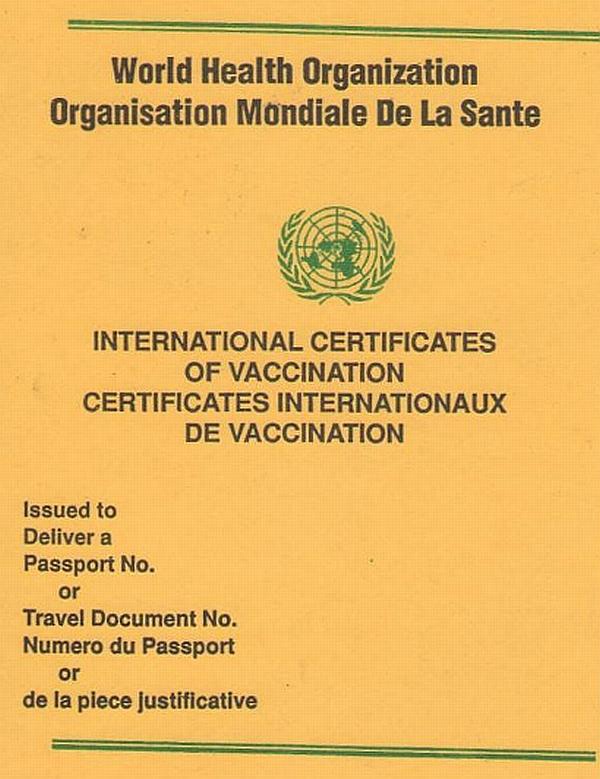 It didn’t come to my mind, when I was about to fly from Sao Paulo to Johannesburg earlier this week, that I would have needed to have the proof of vaccination with me in order to board the South African flight.  Some parts of Brazil are considered high risk for yellow fever and quite a few countries require the proof of yellow fever vaccination for travel originating/transiting in Brazil.

Yes, I know, as a traveler I am required to be aware of the entry requirements for number of countries and I have used Delta’s version of IATA’s Timatic for this purpose. Unfortunately it doesn’t include the health information but only passport and visa requirements.

Of course this was entirely my fault and not the airline’s. The problem I had was that the ticket was an award ticket and issued on BMI’s ticketing stock 236. BMI is no longer part of Star Alliance as the airline was bought by British Airways.

I had to go to the ticketing office in Sao Paulo airport to have the ticket fixed. The ladies, that were all completely pleasant, couldn’t help me at all. They were only willing to sell me a new ticket and claiming that they cannot change the ticket issued by BMI. I asked to speak with a station manager/supervisor.

The routing that I had was quite complicated due to award space availability and I was not going to fly the ticket as issued. I was going to drop couple of segments.

I suggested to the supervisor that we would change the departure from Sao Paulo to Johannesburg by couple of days so that it would only be a transfer and not a stopover. There is no need for yellow fever vaccination for transits. He kept saying that they cannot reissue a ticket issued by BMI and that I would need to work it out with the issuing carrier. I politely pointed out that merely changing the date of the flight wouldn’t require a reissuance of the ticket and that they should be able to do it.

Finally he agreed with my interpretation and decided that he could do the change. He disappeared to the backroom for couple of minutes and came out with a printout of the new itinerary.

You should always check not only the passport/visa requirement of the designation/interim country but the health requirements as well. There is a handy tool on Star Alliance’s website that is constantly updated by Timatic and that is used by all the airlines. I will use this version of the Timatic in the future.

Airlines can, most of the time, change non-changeable tickets but you just need to find a person that is willing to do it. In my case the South African Airways was not required to do any changes and it was entirely within their right to just refer me to the issuing carrier.

Luckily, I was able to solve the ticketing issue with the help of a supervisor by just moving the flight up by two days and foregoing a stopover in Johannesburg.