Air Canada is introducing fourth brand Rouge next year to complement the current Air Canada, Jazz, and Rapidair brands. This new carrier is flying so called sun routes and secondary destinations not served by the airline starting in July 2013. 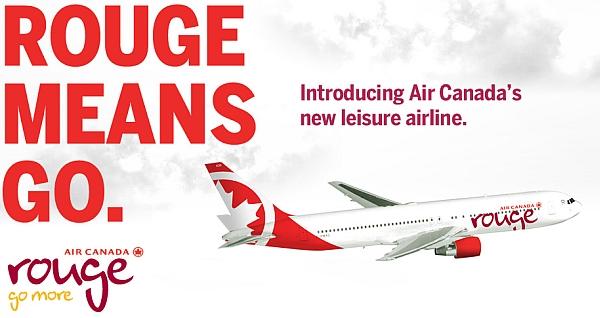 The carrier has its own operational license and the flight attendants for the airline are working under different contract that those for Air Canada. According to the press release, the Rouge flights are flown by Air Canada cockpit crew, however. 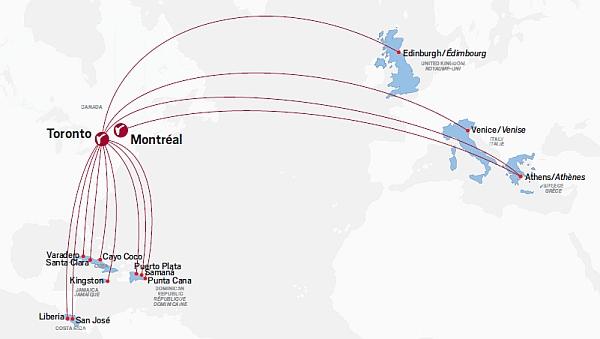 Rouge also announced yesterday the first destinations that the airline will start flying in 2013 in leisure market configured airplanes without business or first class.

As the airline will start with only two Boeing 767 and two Airbus A319 airplanes, the frequency to destinations except Athens is about once or twice a week.

The number of miles that you can earn on Air Canada’s Aeroplan program is very limited.

Not sure if you can earn status or award miles on other Star Alliance member airline frequent flier plans if flying on Rouge. At least the rendered picture of the Rouge aircraft does have a Star Alliance logo that would imply that Rouge is part of the alliance.

Other airlines haven’t had much of a success with these airline within an airline brands. United’s Ted is long gone as is Delta’s Song. Singapore Airline and Cathay Pacific have both been successful with their Silk Air and Dragon Air regional airline brands.

Let’s just hope that this works for Air Canada. Their plan seems to be to dump the old Air Canada airplanes to Rouge once they get the brand new 787 deliveries in.