Overall, the changes that Priority Club introduced weren’t as bad as I had thought they could be. If you are redeeming for award nights in big cities, you won’t like the change, however. The average number of points required for a free night (when all the properties are factored in) went up only one fifth of a percent. 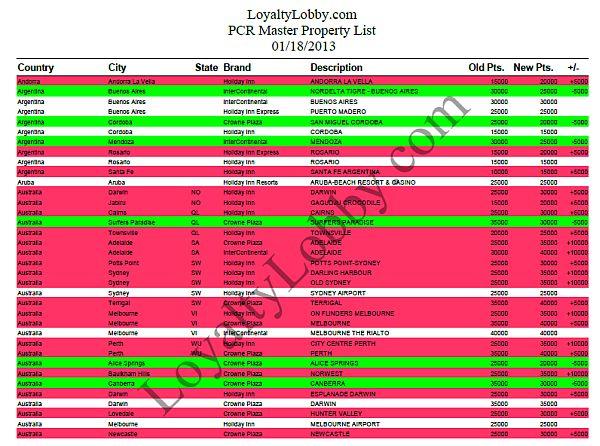 I was just playing around with the award category list that we released yesterday. The observation below are based on the cleaned list of 4200 properties.

– Number of properties that moved down 1313

– Number of properties moving up 1192

What do you think about this change? Leave your comments below.

– Australia as a country got hit hardest. Majority of properties moved up in number of required points 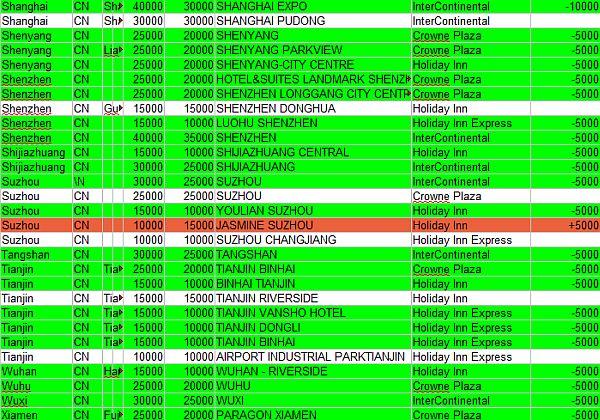 – China saw the greatest number of properties moving down 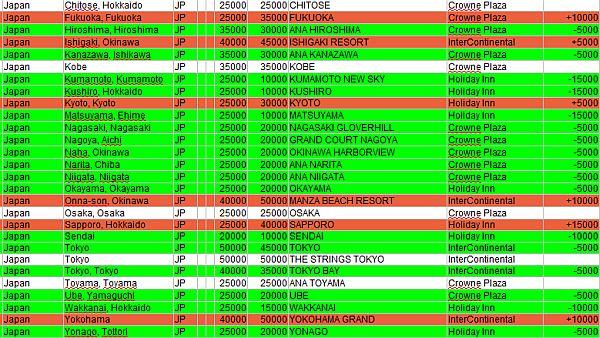 – Japan is a winner. Lot of properties moving down 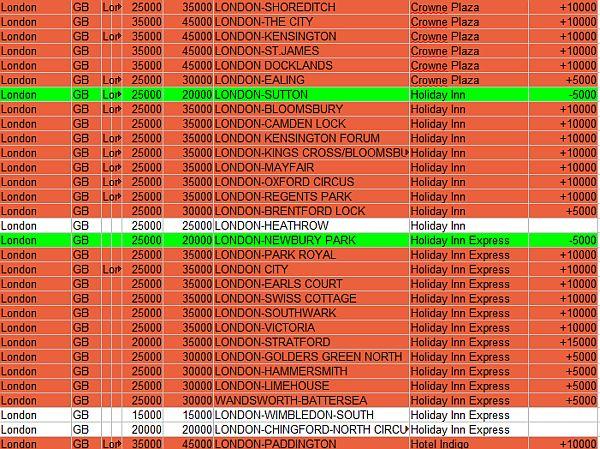 – As did New York

So, expensive cities where people prefer to redeem went up significantly. These are the same cities that likely cost the most for Priority Club to reimburse the properties as well.

I think that lowering the number of points greatly for award nights in China is a strategic decision. InterContinental Hotels Group is trying to court Chinese travelers with favorable award rates.

The baseline award reimbursement for properties for free night redemptions is really low. It does, however, get very expensive for the program IF the occupancy rate is high when the property get reimbursed based on the ADR (Average Daily Rate) for the night.

Priority Club is trying to encourage members to redeem on properties in outside of these big cities. Not sure if this is going to play out as planned.. Even after the change, these bigger cities are likely to see greater than their fair share of award night redemptions.

For me, this award category change is not a huge deal. It is very bad for those that have redeemed and continue to redeem for properties in big cosmopolitan cities.

IHG has launched a new targeted offer for stays September 1 – 30, 2022. IHG One Rewards members can earn...