Starwood Capital (nothing to do with Starwood the hotel chain) has completed the sale of four French properties (Concorde Lafayette, Hotel du Louvre, Martinez and Palais de la Mediterranee) to Qatari investment firm (I originally wrote about this in June last year) and these properties will be managed and branded as Hyatt starting on April 1, 2013.

The hotels will convert to following Hyatt brands after renovations: 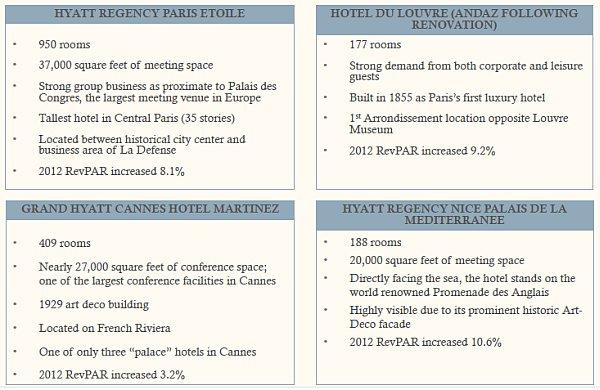 Situated in a prime location on the exclusive Boulevard de la Croisette, overlooking the Bay of Cannes and the Mediterranean Sea, Hotel Martinez benefits from Cannes’ status as France’s second most important city for business tourism and is one of the prime destinations for exhibitions and conventions. The hotel consists of 409 guestrooms, including 27 suites, and features a private beach and the only 2-star Michelin gastronomic restaurant in Cannes. With nearly 27,000 square feet of conference space, it is one of the city’s largest conference facilities. Grand Hyatt Cannes Hotel Martinez will provide sophisticated, upscale accommodations to business and leisure travelers. 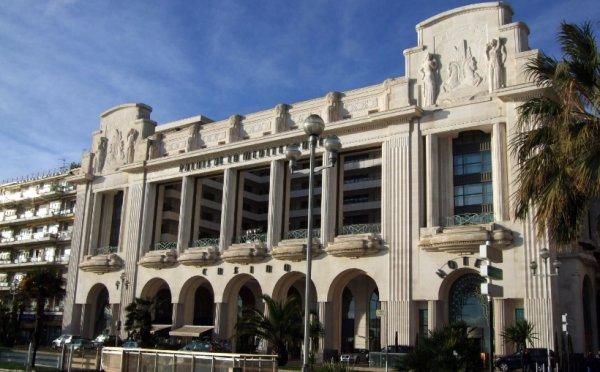 The hotel boasts an excellent location in the city center and prominent beach frontage. Palais de la Mediterranée Hotel and Casino consists of 188 guestrooms, including 12 suites, many of which have individual terraces with unobstructed views of the sea. It also offers extensive conference and banqueting facilities totaling 20,000 square feet. Hyatt Regency Nice Palais de la Mediterranée will offer a full range of services and dining options to business and leisure travelers. 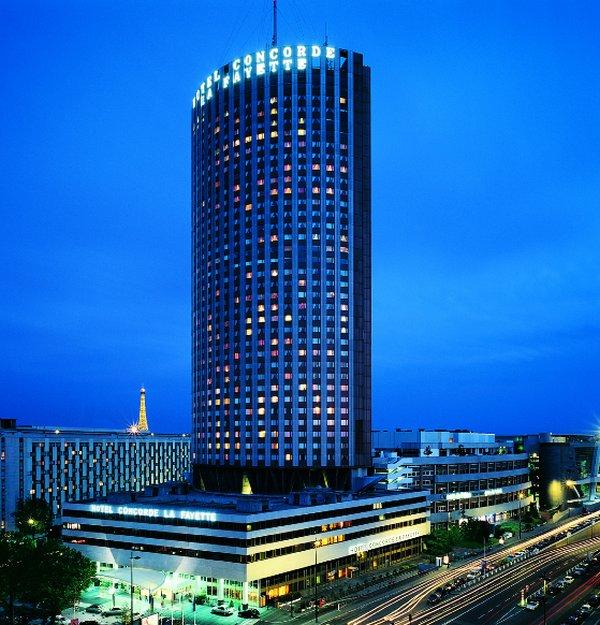 Easily accessible from all of Paris’ major tourist and business districts, Concorde Lafayette is the only hotel with direct access to Palais des Congrès – the largest conference venue in Europe – and hosts approximately 120 conferences per year. The hotel offers 950 guestrooms, including 21 suites, and features a concierge club, two bars, two restaurants and 37,000 square feet of conference space. Hyatt Regency Paris Etoile will offer a full range of services and dining options to business and leisure travelers.

Centrally located in one of the most sought-after tourist and commercial districts in Paris, this highly visible historic building is well served by restaurants, high-end shops and art galleries. Following a two-to-three year renovation, the hotel is to become an Andaz.

It is good that Hyatt is trying to expand their international footprint that is lacking compared to competition. We’ll see how these four properties turn out once they have been fully integrated under Hyatt’s brands. Personally, I have really hard time imaging how they could turn Hotel du Louvre into an Andaz.

You can read more about this sale from Starwood Capital’s and Hyatt’s press releases.

World Of Hyatt 500 Bonus Points Per Night At Select New Hotels Through December 31, 2020