Air France-KLM made a very good status match offer for residents (and other countries as well by a mistake) of Finland, Sweden, Norway and Denmark, for an instant Gold status on their Flying Blue program. This offer was launched on January 22, 2013.

They shortly after releasing the offer changed the terms and conditions to only offer this match to residents of the four countries mentioned above. A week later, the entire offer was withdrawn that was supposed to be valid until late spring. 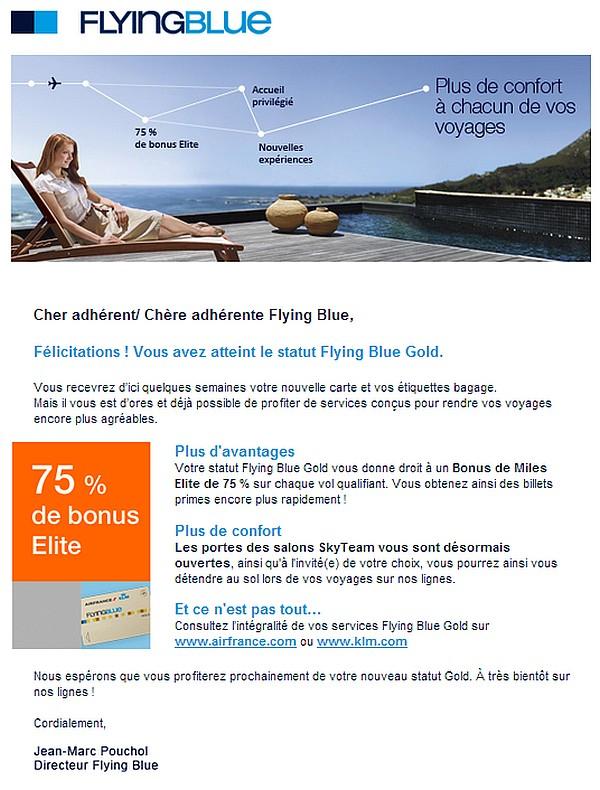 Now, they have been slowly processing the account upgrades to Gold and you may have already received an email such as above from Flying Blue. I did the match on January 22, but haven’t heard anything back from Flying Blue yet and the account status hasn’t changed.

Not sure if Flying Blue was prepared for the number of status match requests that they received, but seems that they weren’t ready for the promotion. Shortening of the status match period from few months to a week and changing the terms and conditions of the promotions along the way.

Hilton has offered matches to its Gold and Diamond tiers for years with varying terms and halving the number of nights to complete it...

Qantas Plans To Restart International Passenger Flights To Most Destinations From...

European Union To Extend Free Roaming By Additional 10 Years In...