There has been news pieces about fake reviews that the owners of hotels have either purchased or generated by themselves. Then, there are complaints from hoteliers that people or competitors that have never visited the property have left negative/fake reviews. 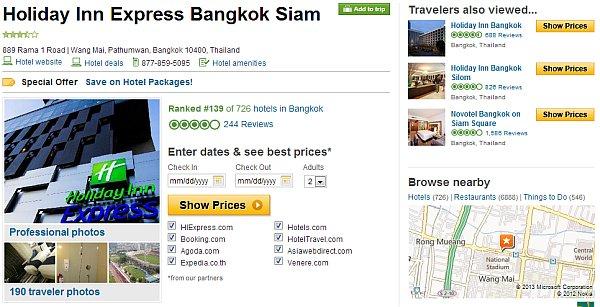 I sometimes leave a short review of a hotel on TripAdvisor, as I often found TripAdvisor reviews of questionable quality. You can easily do the review using TripAdvisor’s mobile app i.e. while in a taxi. 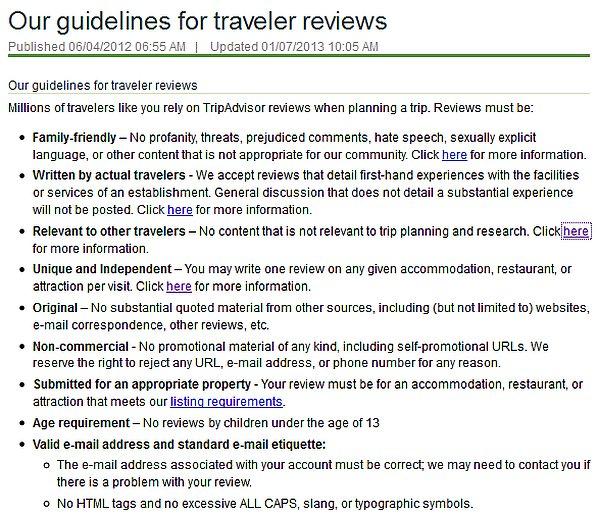 TripAdvisor has guidelines for reviews that you can find above and there is nothing unusual about them.

Also, TripAdvisor has the cop out at the bottom of the guidelines that they can do whatever they want. Fair, it is their website.

Last week, I had a stay at Holiday Inn Express hotel in Bangkok. It is far better than any HIX in North America and I have stayed there few times to hit certain Priority Club promo requirements. The stay was below average, however, and I left the short survey like the one below and gave the hotel TWO stars (I don’t have the actual text but this is reproduction).

Too Expensive for Bangkok considering all the options

I have stayed at tius property few times since its opening and think that it is OK. I had the following problems during my most recent stay:

1. One of the lamps was going on/off and requested maintenance to replace it and they didn’t.

2. The breakfast restaurant has to go cups but is missing the proper lids. I was told six months ago that they had ordered them but they still only had soft drink ones available.

3. You may not get orange juice every morning as it is only on rotation basis according to the breakfast “designer”.

4. The management should spray the area around the lobby/entrance for bugs. I had several mosquitoes around me inside the lobby while I was waiting for a taxi.

After I had left the review above using the TripAdvisor’s mobile app, I received an email below from TripAdvisor confirming that I had left it and prompting me to click the link. I did that and waited…..

Couple of days later, the review vanished from my review history, where it has been pending for a while. TripAdvisor apparently wasn’t willing to publish it.

As I already said above, I have found a lot of TripAdvisor reviews of questionable quality. It makes me wonder sometimes if we have even stayed at the same property.

Seems that TripAdvisor is not willing to publish (at least some) reviews of its partner hotels that are negative (see IHG Social Listening).