It is already spring time and hotel programs are starting to launch their summer 2013 promotions. Most of the spring promotions are on their last leg.

1. Hilton’s promotion for quadruple Virgin Atlantic miles in London & Scotland + combining it with the Daily Grand 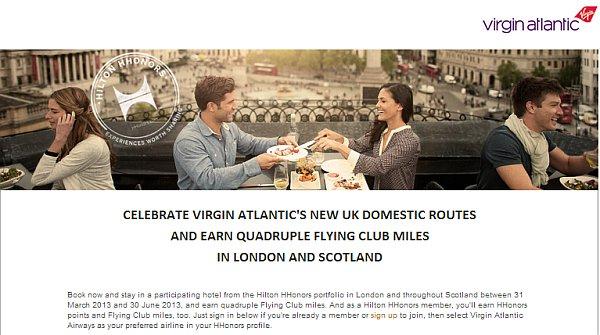 It is difficult to suggest participating to Hilton’s promotions after the huge devaluation last month, but combining these two promotions for stays in London & Scotland can earn you lot of points. 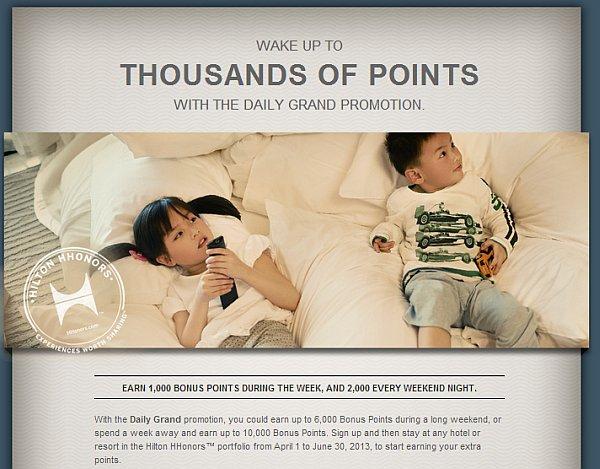 The beauty of quadrupling Virgin Atlantic Flying Club points is that the base earning of 1000 miles is higher than with most other airlines and that you can convert them back to Hilton HHonors at the rate of 1000 miles to 2000 points.

For a weekend one night stay, you would earn 8000 Hilton HHonors from the Virgin promo (4000 Virgin miles converted to 8000 Hilton points) + 2000 bonus Hilton points from the Daily Grand promotion. 10K points before Diamond amenity of points based on the actual spend.

Although the registration period has officially ended, you can always contact the Marriott Rewards customer service and they can sign you up manually for this.

Hyatt didn’t have a severe devaluation this year and the higher end properties are on the cheap side using points compared to most other programs. Also, the Diamond amenity points going global helps with the stays.

4. Choice Privileges promotion for total of 8000 points after two stays

Choice has a promotion for a total of 8000 points after two stays. Not bad if you can use the points whe they have some European cities on sale. 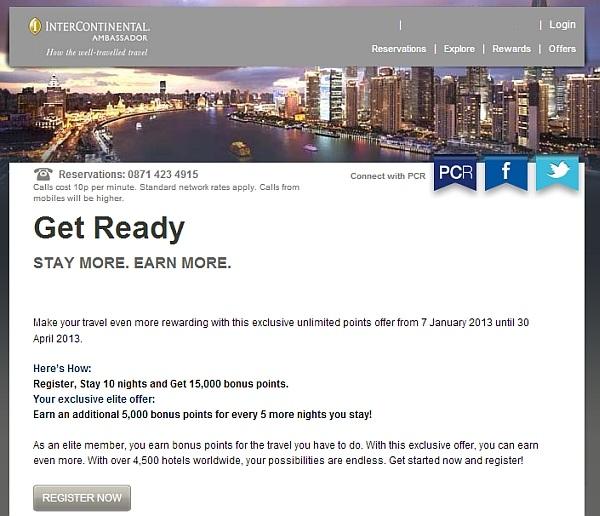 You can earn unlimited number of bonus points with Priority Club’s Stay More Earn More-promotion. The validity of this promotion might have been extended to all the way until the end of the summer.

I think that a long trip to London and Scotland is in order to take advantage of the very generous Hilton & Virgin Atlantic promotion. You can really make a killing by having one night stays during the promotional period.