Lion Air plane overshot the Denpasar runaway in Bali this Saturday afternoon and landed on water. The flight was from Bandung in West Java to Bali. Surprisingly, there has not been any casualties. You can read more about this incident on Jakarta Globe’s website here.

The airport is located in a very narrow area between the Nusa Dua resort area and the Kuta/Seminyak entertainment/business district. You can often see planes taking off and landing when on the nearby beach. 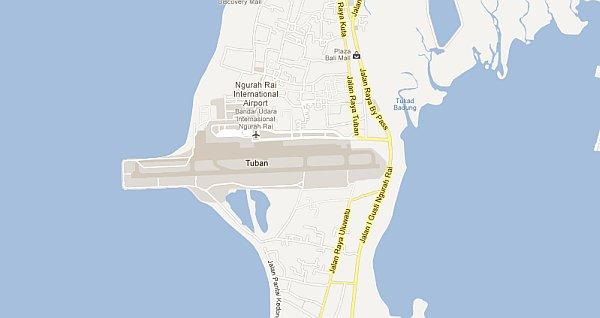 I have traveled to/from Bali numerous times and flying there again on Wednesday this coming week. I am due to take Lion Air flight to Jakarta on 24th. Better to practice some swimming skills in the meantime….

Even Money And A Private Jet Won’t Help You Skirt Immigration Rules: Five Americans Denied Entry In Sardinia After “Crashing the Party”

Bulk Of Commercial Flights To Thailand Won’t Resume Until September 2020, First Wave Of 50,000 Foreigners About To Arrive This Week