Yesterday, I wrote (you can access the article here) about the confusion that IHG Rewards members had about the expiry date of the Stay bonuses that were launched on January 7. 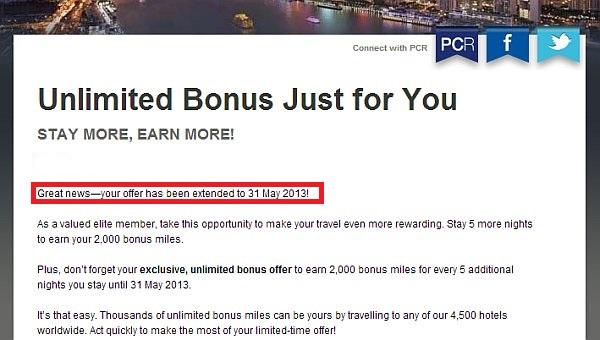 Now, I have received official word from IHG and LoyaltyLobby reader also forwarded me an email that he had received from IHG. The new expiry date of this promotion is May 31, 2013.

It is good to know that the promotion is now officially expiring on May 31. We should learn about the new promo(s) to celebrate the launch of the IHG Rewards Club around mid-May.