There are currently six Starwood properties in Bali (St. Regis, Westin, Luxury Collection Laguna, W and Sheraton) including the new Le Meridien Bali Jimbaran. There is a new Westin hotel coming in Ubud and Sarasvati in the Seminyak area in the next 12 months. 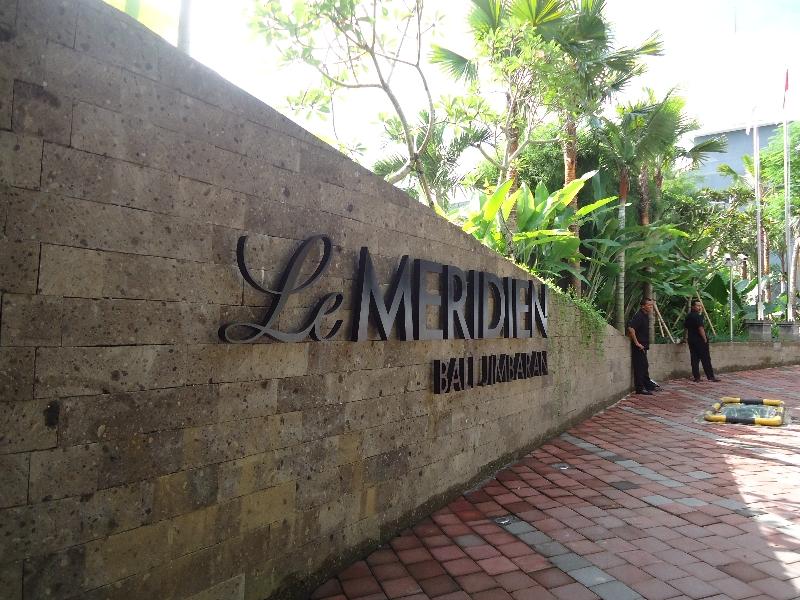 There used to be a Le Meridien Resort in Bali previously, but it has been reflagged as a Pan Pacific property. This brand new property, although it has been open for around 4 months, won’t have its grand opening before May 9, 2013.

The hotel is located in the southern part of the Bali island just south of the airport. This area is called Jimbaran and there are number of hotels in the area such as InterContinental.

The traffic in Bali can be very bad at times especially around the airport and Kuta. Getting out of the hotel to explore the other part of the island will likely take quite some time.

There aren’t really anything Balinese in Jimbaran or in the southern part of the island, where most of the international hotel resorts are located (St. Regis, Westin, and Luxury Collection Laguna are in the Dusa Dua-area).

My reservation that I had done earlier in the day had already been upgraded (I was able to see this online), but my name was not on the incoming guest list at the gate that caused some confusion.

There were two bomb blasts in 2005 on the beach side of the hotel in Jimbaran, where you can find numerous restaurants. Quite a few people died in this attack and on the other one in Kuta. This must be a reason, why the security is on the high side at this hotel.

The Starwood Preferred Guest Gold and Platinum check in desk was unmanned. I am not sure, if the hotel has any intention of using it for actual check ins, as it is not equipped with card readers etc. that you can find from the “real” check in desks.

The hotel clerk wanted to take a photo using a digital camera of my passport’s info page and I refused. Had to get a hotel GM involved, who couldn’t answer my questions about how these photos are stored, where, for how long and when they are purged. He promised to get back to me the following day and he never did. We agreed that they could take a photocopy of the passport’s info page.

To use a word “Studio Suite” to describe this room is misrepresentation. It is more like a deluxe or premier room.

There is a pillar on the back of the TV, that makes the space behind it completely useless. You have the minibar and the tea/coffee machines stored in this area.

The toilet was separate from the bathroom. There was a bath tub and a shower in the bathroom and overall it was rather spacious. 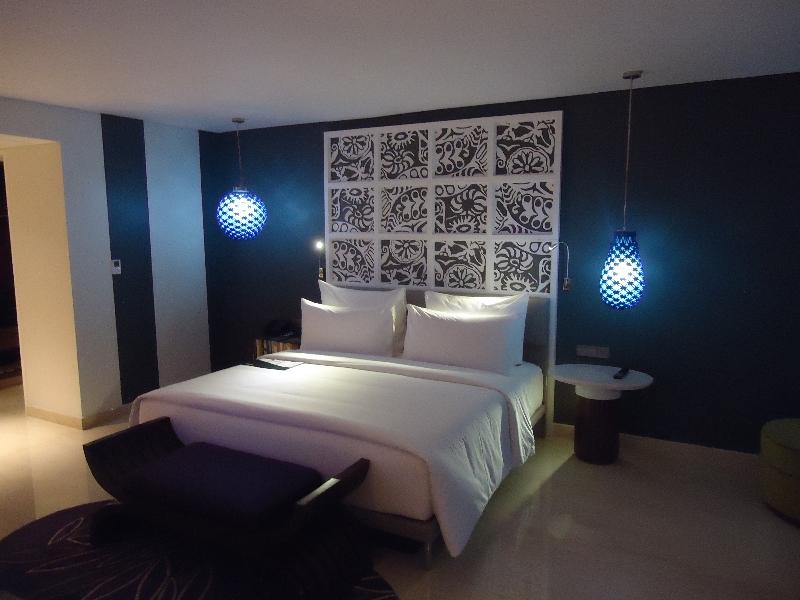 The bed set up was nice and liked the aqua themed blueish lamps. There was also a separate small sofa in the room. 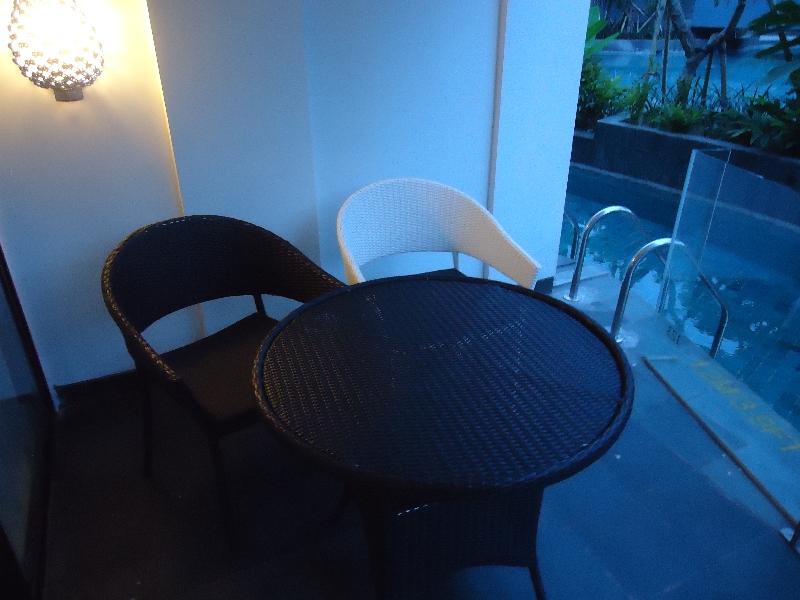 On the balcony, you had couple of chairs and direct access to the main pool.

This property does not have a direct beach access, although the beach itself is not faraway. You just need to use the side entrance by the bamboo Chic and walk to the beach through one of the beach restaurants.

There is a main pool that is attached to the four buildings. The rooms on the ground floor of the main building also have a direct access to separate pools.

There was a separate small pool for children as well.

This was rather compact – likely the size of couple of rooms and there were still some construction going on in the same floor. The gym had a modern equipment, what I would expect to see at a new Le Meridien property. 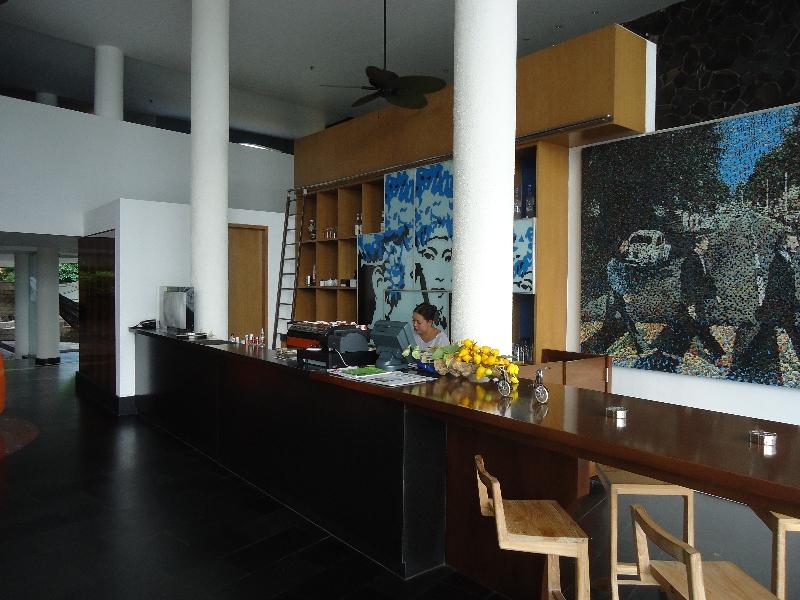 The hotel has a lobby bar/cafe, Bamboo Chic restaurant, Sky bar, and a cafe/ice cream parlor in the space adjacent to the Bamboo. Also, there is a pool bar that was unmanned during my stay. Not sure if it was open at all.

The breakfast at the Bamboo Chic was good, although not as extravagant as some other restaurants in Asia. 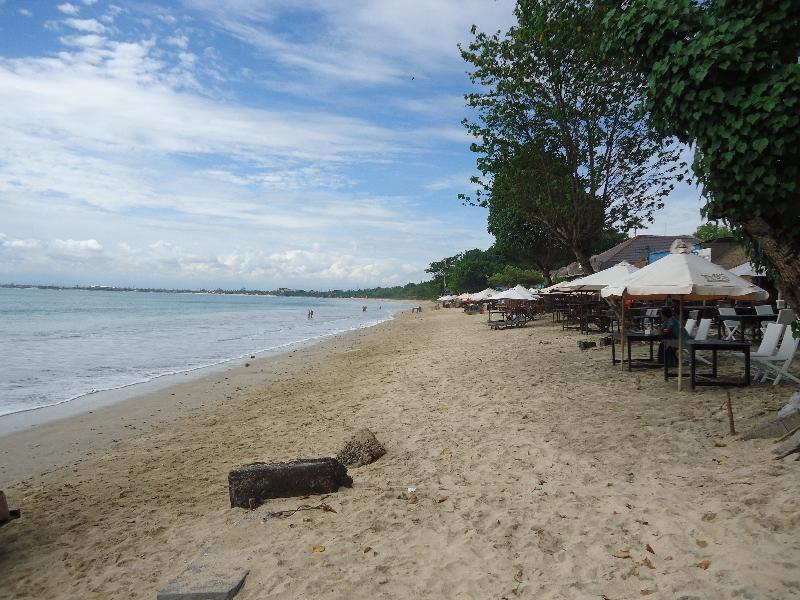 There are quite a few seafood restaurants just outside of the hotel and lot of smoke coming from them starting in the early afternoon. 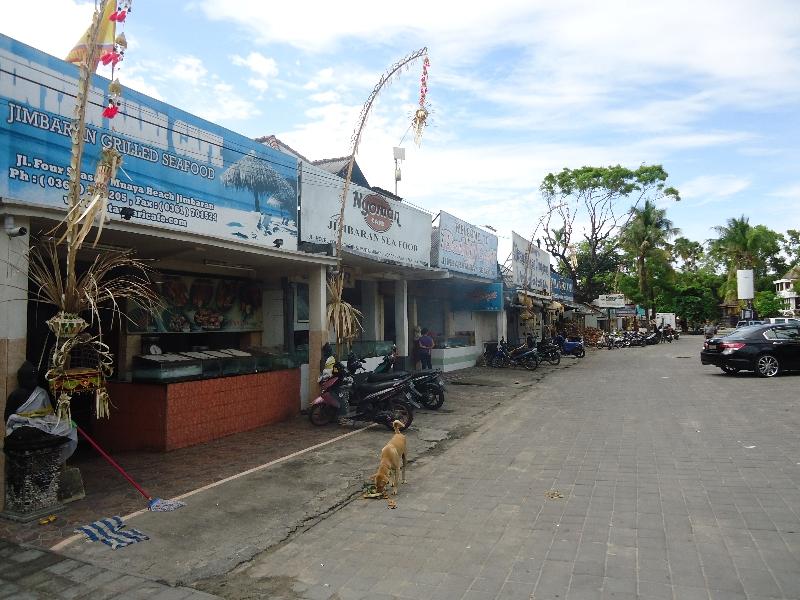 I had a dinner in one of the beach restaurants and the price/value was good. Some of the restaurants were offering us local pricing that seemed to be 30% off of the menu prices.

There are so many hotel options in Bali that it is very difficult to get too excited about this Le Meridien that had quite a few problems during my stay.

The hotel is definitely done architecturally in the chic and intelligent Le Meridien style. It almost had a bit retro feel.

I always advise my friends to avoid new hotels for at least 6 to 12 months after their opening so that all the kinks have been fixed. I need to revisit this property, when I am next time in Bali.