It is time for the conclusions on the Most Rewards Hotel Loyalty Program-series that I have been writing in the past month. I hope that you are still hanging there after all the spreadsheets that I have done.

In order to evaluate the different hotel loyalty programs in terms of earning points and to capture the number of points that you earn on average, I constructed two scenarios:

This analysis was done for the following six chains and you can access the each of the reports by clicking the link: 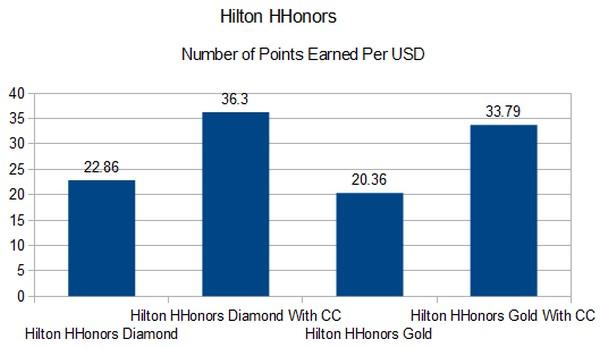 The number of points that you earn as a Diamond member is only 10% higher compared to being Gold member. The credit card boost earnings by 59% at the Diamond level and 66% at the Gold level. 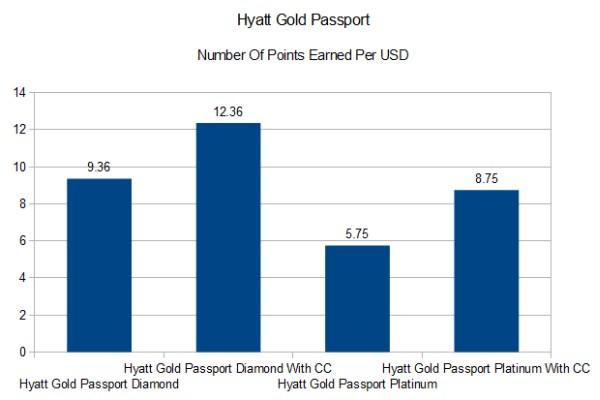 There is a huge difference on the number of points that you earn between a Platinum and Diamond member. 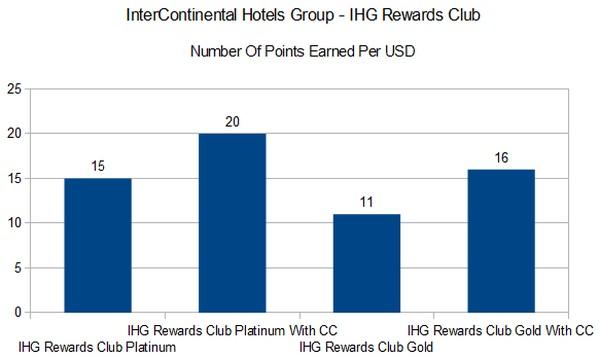 The credit card boos here is 33% at the Platinum and 45% at the Gold level.

I made a separate analysis for Ambassador & Royal Ambassador members that have different earning structure at InterContinental hotels. 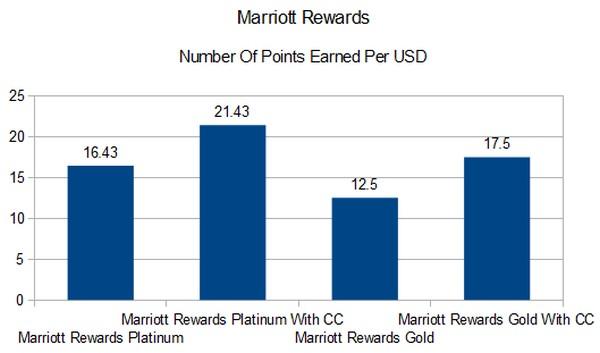 Marriott has a relatively tight range on the number of points that you earn compared to other chains.

Starwood doesn’t shower you with points like Club Carlson does. Having SPG affiliated Amex cards enhances point earnings 45% at the Platinum level and 67% at the Gold level. 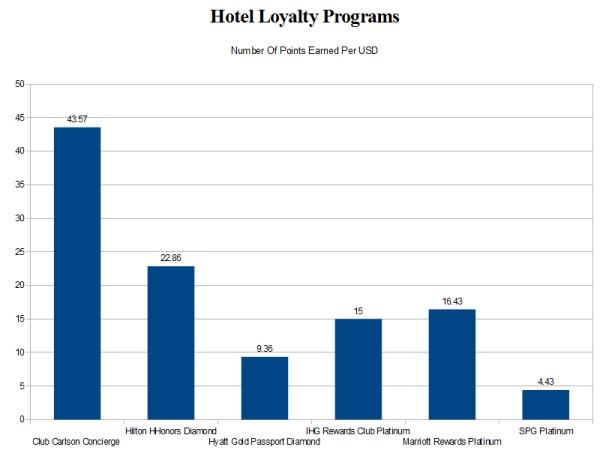 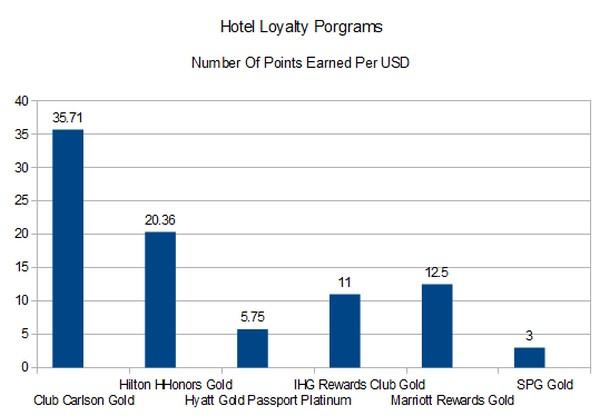 And here’s the same analysis for the mid tier status.

It is important to establish the number of points that you earn on average, so that we can start comparing the spend that is required for a free night.  This is coming next. Stay tuned.