Qatar Airways made an announcement today that the airline will start serving Philadelphia on March 1, 2014. You can read more about this planned service on USAToday’s website here and on Philly.com here. 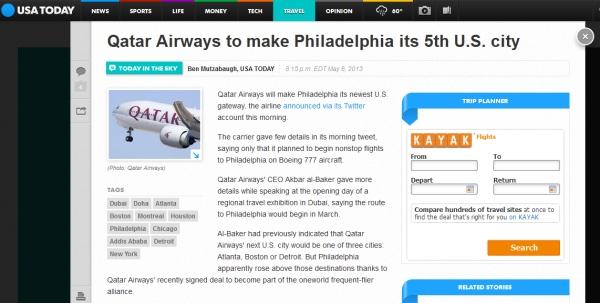 It is not a surprise that the city that Qatar chose is Philadelphia that is US Airways’ east coast hub.

These Middle Eastern carriers are slowly serving more and more cities in the United States and would in Canada as well, if Canadian government would allow them more frequencies.

This makes redeeming American Airlines miles easier for trips to Middle East/Asia Subcontinent once the airline is in the Oneworld Alliance.