This study was done by doing set number of award searches on airlines websites for two people traveling together on a round trip. 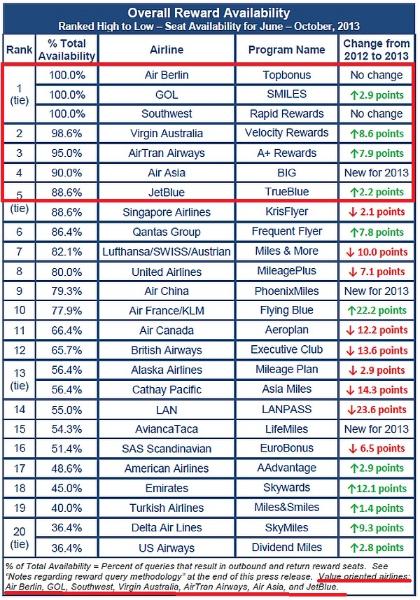 The first seven airlines that have the best award availability are all “Value oriented airlines” as the study notes.

It was not surprising that the study found that it was easier to find domestic awards than international ones. Some airlines also have better availability of award seats 5 to 15 days before departure than months in advance. This should not come as a surprise either.

I would encourage everybody to read the Wall Street Journal article and the press release that Switchfly has released about the study.

The results are fair comparison about the online (could be better over the phone) award availability between the network carriers such as United, American, and Delta.