British Airways and Iberia have both had Reward Flight Savers, where the taxes and fees are capped for European award tickets. If the airlines would charge the full YQ’s on award tickets, they would be sometimes higher than paid tickets on the very same routes. 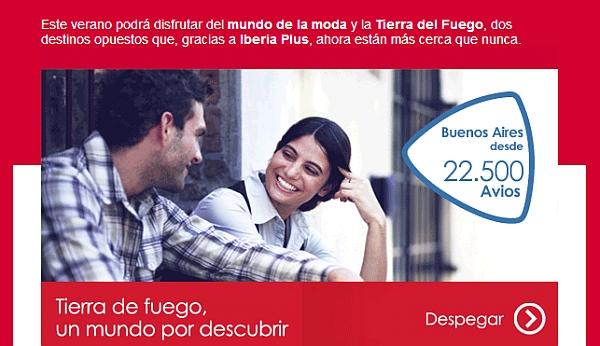 Iberia Plus sent out very innocent sounding email yesterday with a headline “Coja aire, respire y vuele lejos estas vacaciones”. Note that this was only sent to those that have Spanish as their preferred form of language.

You have to scroll to the very bottom of the email to the “Noticias” section to find the real reason for the email that Iberia has tried very hard to “hide”:

Basically, Iberia is going to charge full taxes/fees that are charged by the airports and fuel surcharges as well. Previously, both of these were capped making the short haul award flights an ok deal.

They still don’t appear to charge the full fuel surcharges as the example below illustrates:

The “carrier surcharge” is the code word that the airlines love using for fuel surcharges on award tickets is 7.5 euros for Madrid to Athens.

The fuel surcharge on a paid ticket on the same route is 52 euros.

It is very sneaky for Iberia to try hiding this significant change of their Iberia Plus program. Now that they have reintroduced the fuel surcharges on award tickets it is easy to guess what the direction of them is going to be?

I guess that the main question is whether British Airways is going to reintroduce the fuel surcharges on short haul award tickets or not?