This is a new Sunday series called Compensation Clinic. You can drop me an email about what problems you have encountered during your travels (hotels, airlines, car rentals etc.), how you gave feedback (complained) and what the problem resolution was. I will publish the best ones in the coming weeks.

Wrong! My example below illustrates.

In the past twelve months I have probably spent around two months in Jakarta. I typically stay at the InterContinental hotel and sometimes at the Crowne Plaza or Grand Hyatt. In April, I decided to check the J.W. Marriott and Ritz-Carlton Jakarta Mega Kuningan properties over a few nights, as they are located very close to each other.

– Both dental and shavings kits were of very poor quality (Luckily, I had some decent ones leftover from my InterContinental visit). 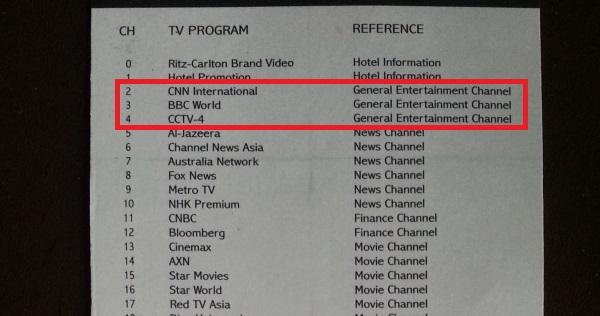 – CNN and BBC classified as general entertainment channels (This one I don’t really get, as other news channels were properly classified) 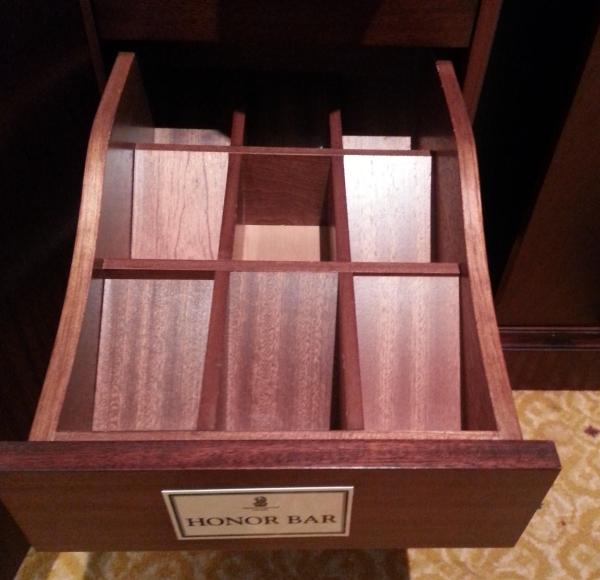 – Hotel security guard screamed at me when I took a photo of the Ritz-Carlton sign outside of the hotel (This was on a public sidewalk outside the hotel and he couldn’t say a word in English. The sign is partly out of service as well).

– During breakfast, I requested to be seated as far away from the families with children to have a peaceful time. Next, a family with two toddlers are seated to the adjacent table (If I request not to be close to families with the children due to noise, why is the same lady seating a family next to my table a few minutes later?).

Needless to say I wasn’t too satisfied with the stay, so I decided to open a case with the Marriott Customer service and request enough points to be deposited to my account to cover one free night at Ritz Award’s Category 1 property.

When I wrote the complaint, I wasn’t in my best mood and called the security personnel that came screaming at me on the sidewalk a “monkey”. More about this later…

– Fitness center was closed. Only found this out when I went to exercise (There was no note on their website that the fitness center would be closed, when I made the reservation on the day of arrival. I have been to hotels that have had their fitness centers under refurbishment and they have set up a temporarily one in one of the banquet rooms etc. Shouldn’t have been too difficult to do this at the Ritz-Carlton either.)

– Clock that was next to the work desk was off by an hour (I was working on the desk and realized that the desk clock was an hour behind and that I was running late. Does the housekeeping look at these at all?)

– Bathroom sink didn’t drain unless you manually removed the plug (Bit of an annoying trying to figure out, how to drain it.)

After the first stay, I received an invitation from Gallup to give feedback about my stay that I did. I noted the problems that I had already communicated to Marriott’s customer service.

A day later, I received an email from the Resident Manager “Marius” probing about the problems that I had indicated on the Gallup survey, but nothing regarding the case file that I had opened with Marriott.

I replied to the email and indicated that I had already filed a complaint with Marriott and also pointed out the problems that I had had with the second stay.

A few days later, I received a rather tense email from the same manager mainly concentrating on the fact that I had called the screaming security guy on a public side-walk outside the hotel “a monkey”. Surprisingly, he did not really address any of the more stay-related issues that I had pointed out.

The hotel insisted on refunding the first stay, but they were unable to do so due to the credit card having recently expired. Eventually the property deposited 20,000 Marriott rewards points to the account and not the 30,000 that I had requested.

Do I have too high expectations for staying at a Ritz-Carlton property?

This question came to my mind after reading the manager’s response.

Calling the security guy on the Marriott complaint a monkey wasn’t my personal high point.

I am still, however, perplexed about the tone of the manager’s response and failure to address issues. Are they really giving up and admitting that they cannot fix the problems they have?

Overall, the stays weren’t terrible, but I was certainly surprised about the lack of detail and expected much more from a Ritz property.