Would you stay or leave, if the hotel has a nonworking or unstable internet connection? I was faced with this question last week, when I was staying at the Glasgow Marriott hotel. 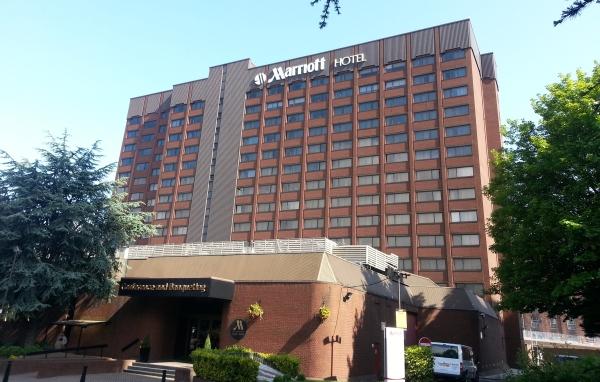 I checked in the morning, as I was coming from a transatlantic flight, and went straight to the executive lounge to have a breakfast. I already had problems logging in to the system that kept rejecting my room number and last name combo. Manager on Duty had to bring me a onetime use code. 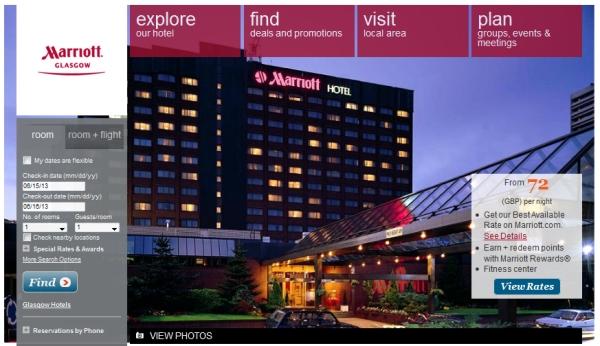 (BTW Don’t you love the photo that they  use at Marriott.com from the exterior of this 1960’s soviet style building? It actually looks nice in dark, when you cannot see it!)

The connection was up and down, but I was able to get maybe 30 minute of internet access over two hours that was enough for me to get through the emails.

Fast forward three hours (I needed a midday nap – not the best idea after a flight but couldn’t do without) and the internet connection wasn’t still working. I spoke with the Ibahn (the internet service provider) and they couldn’t get me time frame for a solution. Level 2 support would call me later today, tomorrow, or maybe next week. Obviously, this was not the answer that I wanted to hear.

At this points, the hotel was not providing me with the facilities (internet access) for me to be productive. I just cannot get it, how a business hotel such as Marriott can have a nonworking internet access? So, I decided to cut my loss and informed the MOD that I would be leavings, as I need a working internet access to conduct my business and they were not able to provide it. It took more than an hour for me to book an alternate hotel due to flaky connection.

I think that the main problem was that they didn’t have adequate infrastructure inside the hotel. The connection to the wifi access points were good, but sometimes even the DNS resolve wouldn’t work. This affected both my PC and Mac laptops as well as my Galaxy S3.

I have learned that it is better to cut the loss and just move on, if the hotel fails to provide even the most basics such as working internet access. There is no excuse today for a hotel to not to have a working solution. The access that I had at the Bed & Breakfast in the Easter Islands was better than what this Glasgow Marriott was providing me with.

But this seems to be really UK wide problem as well. I have now been to quite a few Hilton family of hotels that have British Telecom’s Open Zone as their internet provider and I don’t think that I would had a stay that didn’t have some sort of problems with the connectivity. Right now, I am at the HGI Aberdeen and using the internet by tethering through the cell network.