This is the Compensation Clinic-series about troubles encountered during travels and problem (compensation) resolutions afterward. You can send me your horror and success stories by email and I will publish the best ones in the coming weeks. 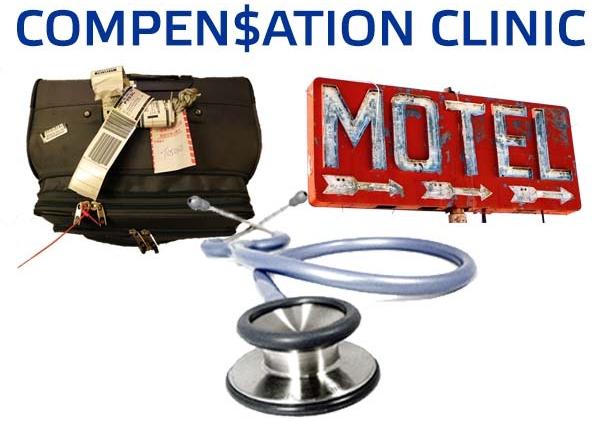 Here’s an email that I received from a LoyaltyLobby reader in the UK. He had had great troubles first with the hotel and then with the customer service to actually get the compensation delivered that he was promised. 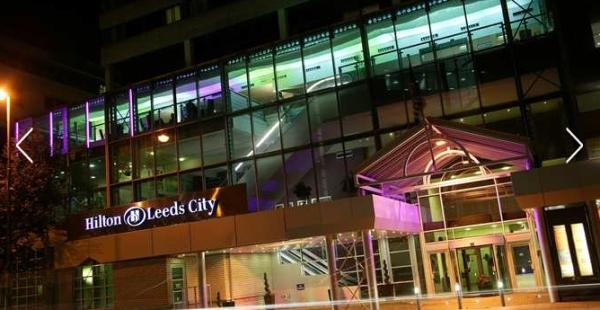 In person – 9 Jan, <city> Hilton – checked-in around 22.00 and was not informed of any issues with water supply

Telephone (reception) – raised issue of no hot with hotel reception in evening when I first became aware of the issue (<30 mins after check-in), hotel said engineer was on site and it would be fixed shortly – still not resolved over an hour later

Telephone (reception) – raised same issue with hotel reception around 06.30 – reception stated problem was with cold water and hot was fine – no provisions had been made for alternative washing arrangements

In person – raised issue with hotel reception on checkout – no apology or compensation offered. Issue blamed on Water (although unsure why they would be responsible for heating water) therefore I believe this was false information

Email (hotel) 11/01 – declined offer of 5,000 points as this was not proportionate to inconvenience – offered free night in <city> within 6 months

Telephone ?/03.  – called guest assistance to explain no responses have been received to emails. Free stay offered and agent stated should arrive in 2 weeks

Telephone 01/05 – chased free stay, stated signed for by someone unknown to me (was not informed on previous calls despite being delivered before both calls) and told voucher would not be re-issued. Asked for this to be queried with the mail company as voucher has not been delivered to stated address – agent refused. Asked for case to be escalated to manager and told a response would be received within 3 days (no reply received from Hilton after 2 weeks of waiting)

Telephone 14/05 – chased manager response. Agent offered to transfer me to his line manager. Was put through to voicemail of Dwayne Smith. Voicemail message left (including HHonors number and phone number) (no call back was ever received)

Telephone 16/05 – chased response again. Agent originally stated lost or stolen vouchers could not bereplaced. After a lengthy debate where I explained I could not have lost it or had it stolen from me as it had never been in my possession they agreed to reissue the voucher. The voucher has now been received.

As you can see from the timeline above, the LoyaltyLobby reader went to great lengths to follow up on the promises that the Hilton had made to him. The original offer of just 5000 points was highly inadequate to compensate for the lack of hot water. 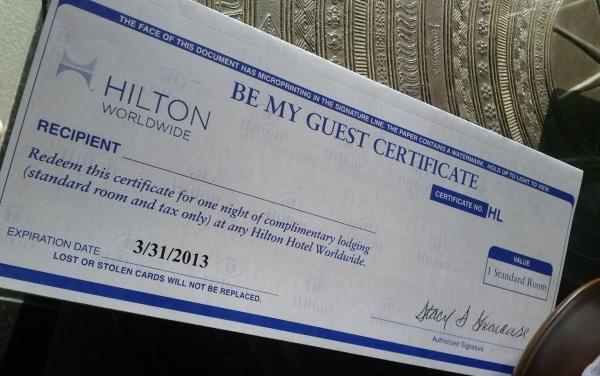 I have received two Be My Guest vouchers before and they were mailed out on a regular white envelope without any tracking to an US address. In the case above, the certificate was supposedly sent out by DHL that should provide adequate tracking. Maybe the Guest Assistance department never sent it out and associated wrong tracking number with the case?

Normally properties are eager to solve any problems that the guest may have while they are on property. If guest contacts the Guest Assistance department, the property will be charged a penalty fee with a sliding scale that is dependent of the status of the (none, Gold or Diamond) guest and tops at the $200 + the compensation that is provided by the Guest Assistance.

In the case of Be My Guest certificate, the guest just books a paid stay and hands it at the time of check in. The hotel charges the Guest Assistance department for the stay that then bills the offending property. The entire cost for the property can easily be in the tune of $500 to $1000 in a case of Diamond member.

You can read my about my experiences with Be My Guest certificate here.

This story would have fit the customer service hall of shame well too, but thought that the compensation clinic was the best fit.

The conversation (emails & phone class) really illustrates that sometimes you REALLY need to follow up to get these companies to act & deliver on their promises.

I really do like these Be My Guest certificates, as you can book a hotel during extremely high demand, when the prices are through the rood. Getting these bills hopefully make the offending properties more willing to solve the problems on the sport rather than having to contact the Guest Assistance for help.