Blast From The Past: Best Ever United Promotion For 18 Segment Around The World Business Class Ticket

I have been doing some late spring cleaning and came across some PNR print outs and used paper tickets about quite gigantic around the world trip that I took back in mid-2000’s as a courtesy of a promo from United Airlines. 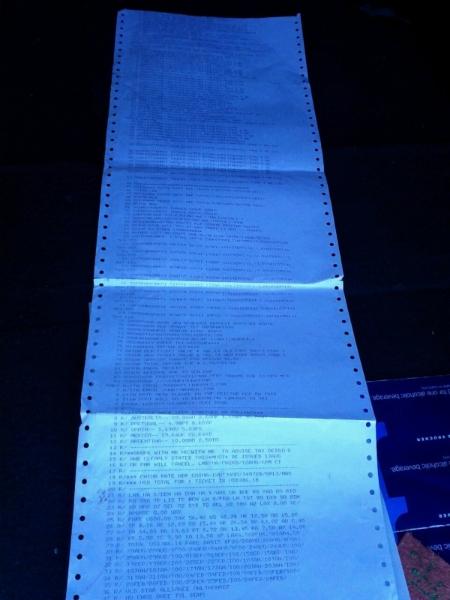 Above is the ticketing/PNR record for the ticket that was issued out from this promotion.

This “Let’s Kill The Independence Air” promo started back in 2004, when former United Express carrier started flying under its own brand out from United’s fortress hub IAD and United didn’t quite like this development. .

United, while still in bankruptcy protection, decided to fight back and launched a very lucrative promotion for bonus credits on non-stop return flights out from IAD that one could use to redeem various free trips and the grand price was the around the world ticket in business class that required 48 credits (24 round trips between IAD and other United destinations).

United was successful at killing the Independence Air, which ceased its operations in relatively short time.

Not sure what I was exactly thinking at the time but I took the challenge and flew the number of return trips (24) mainly between on the LAX-IAD-LAX route. Red eye out from the LAX and back on the first morning flight.

The fares at the time were rather low and United had some other promotions during the time as well. I think that I likely paid $200 to $250 per RT. I didn’t have status with the United, but did a status match to 1P before starting this “challenge” based on the status I had with British Airways. This guaranteed a 100% redeemable mileage bonus.

As you can imagine, there were few hoops that you had to jump through to get the ticket once you had taken the number of required flights.

You had to wait sometime for the flight credits to post to a dedicated site and United used to love all kind of paper vouchers (likely due to inevitable breakage), so you had to order the award certificate that you would need to turn in at the airport at the time of ticketing.

There Were Few Rules:

– You had to cross both the Atlantic and Pacific Oceans

– No changes allowed once the trip started

The most restrictive of these was the requirement of continuous global direction without any backtracking.

There weren’t many tools in 2005 for checking partner activity (cannot remember what I used), but I remember opening all the route maps of Star Alliance airlines for planning the trip. It took maybe 10 to 14 hours over two days with United on the phone to get the itinerary above booked.

I remember that I first tried to have this ticketed at the United’s ticketing in Palm Springs that was (and likely still is) an express (SkyWest) station. There were something wrong with the PNR and they couldn’t ticket it.

The following day, I decided to visit United’s ticketing at the LAX and I felt sorry for the other passengers on the line, because it took more than two hours before the paper ticket finally came out.

The ticketing agent forgot that they were not able to ticket itineraries with more than 18 segments on one ticket and he had to link two separate tickets by using a dummy segment. The rate desk had to recalculate the taxes couple of times due to this. The taxes/fees for this 18 segment ticket were $388.18.

It is very difficult to get overly excited about the promotions that the airlines and hotels are running nowadays compared to those in the early/mid-2000’s, although I am sure that there must have been even better ones before I started to participate.

I have to say that I am still proud that I was able to come up with this 18 segment itinerary considering the limitations (needed to have award class availability) and requirements (continuous global direction) set by United. Luckily, the Star Alliance already had a very good global coverage at the time.

The trip was a blast and this promo got me started with United that later resulted to million miler status and lifetime Premier Gold (Star Alliance Gold).