This morning, I had the hotel TV set on BBC World New and saw that there was going to be a feature on Fast Track weekend travel program about frequent flier miles or airline miles as they called them. I had to delay going to breakfast for half an hour to catch the show. You can access BBC Fast Track program’s website here. 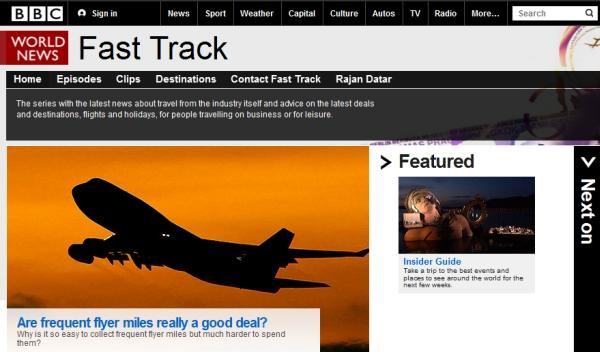 The show featured two set of travelers; BA Gold member that was trying to redeem for Cyprus or Sydney and a couple that were trying to use their Singapore Airlines KrisFlier miles for their sons 30th birthday in Singapore. They both failed! 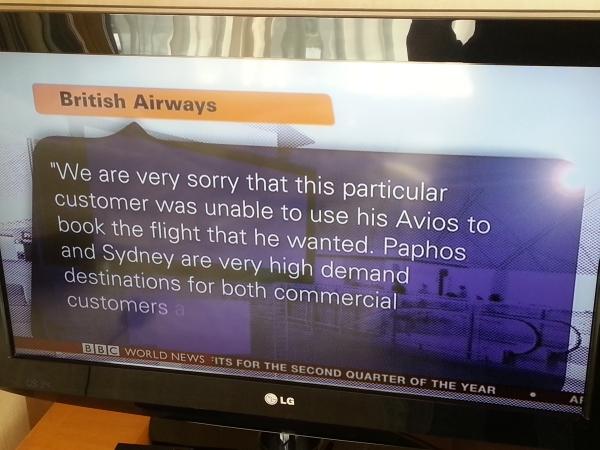 There were nothing available to Paphos in July or to Sydney for some other time the Executive Club member was trying to redeem.

BA refused to comment on camera but rather just issued a statement that both are high demand destinations and that award seats were not available.

The segment also included a statement about very high taxes/fees and fuel surcharges on award tickets and especially ones issued on BA and this is really the case. 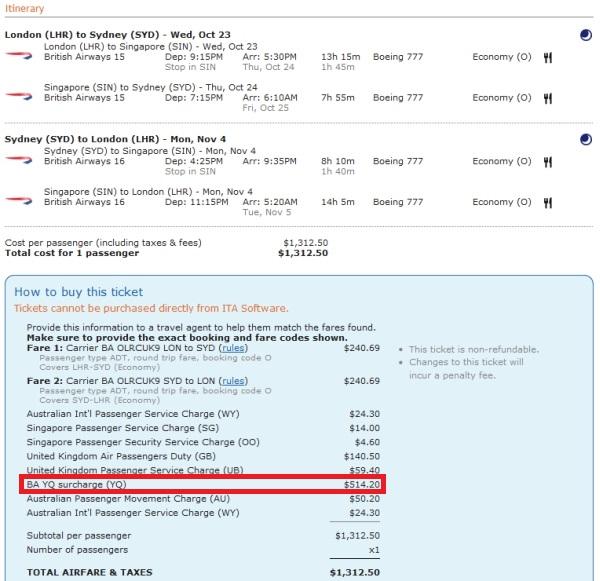 There are occasions where fuel surcharges that I call a scam charge constitutes majority of the fare and this is also charged on award tickets. Just did a fare search for London to Sydney on British Airways and the fuel surcharge was more than the base fare.

The couple on the second segment seemed to be somewhat less traveled and they made a mistake to top of their KrisFlier account at the time of redeeming the award ticket and it ended up costing with everything included 30% more than a paid ticket on the same dates.

You should always check the price of the paid ticket. The paid fares are often low and when the fuel surcharge constitutes most of the fare, it rarely makes sense to redeem for economy class flights.

– This is not always the case anymore. The award inventory is entire dynamic and there is no guarantee that award seats would be available for awards at the time the flights is loaded to be booked.

– Many airlines require you to book more expensive fare in order to upgrade using miles or use both miles and cash to secure the upgrade. Not often a very good deal

– This was the best of the three advise. The award space often opens up very close to the departure date especially in the premium cabins. You can often secure a business or first class seat within a week of departure when the airline is quite confident about the loads and number of seats they are able to sell.

I have almost always been able to redeem for award tickets, when they have made sense paid vs. award. It helps that I am divested miles wise and use all of the three alliances, which each have their strength and weaknesses network and award availability wise.

And above all you really need to be an informed consumer today or all these airlines will take you for a ride that likely will not benefit you at all.