Economist Article About The SkyTeam Alliance

There is an interesting read about the SkyTeam alliance on Economist that you can access here. It is about the Virgin Atlantic’s announcement that they are not in hurry to join the Skyteam and Aeroflot’s view that they would rather be in Star Alliance.

Then the reporter interviews gulf carrier Etihad’s CEO that has rather negative opinion of the airline alliances as a whole and thinks that they have become too slow moving, bureaucratic and unable to provide value added to the members.

The view of the Etihad CEO is nothing new and Emirates has the same approach. They rather work with number of closely allied airlines and, in the case of Etihad, outright make equity investments in them i.e. airberlin.

Personally, as a traveler, I much prefer any of the three alliances to the “closely knitted” airline groups that are forming around some carriers such as Etihad.

Like, right now, I am sitting at the Aeroflot’s Galaktika lounge at the Moscow’s Sheremetyevo airport based on my Delta Gold status that gives me the SkyTeam wide Elite Plus benefits. (No signs of Snowden at the airport.) The Etihad Gold status gives me some benefits on airberlin and Virgin Australia outside of Etihad’s own flights, but that’s about it. I am not committed to any one airline and rather fly number of them. 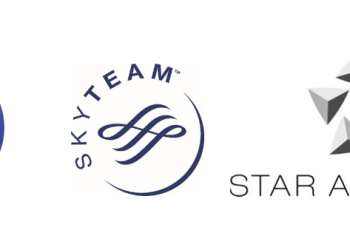 The rival alliances of Oneworld, SkyTeam, and Star Alliance have come together, asking for support from the governments and other...

Following the opening of the new Istanbul Airport Skyteam has constructed on their new Istanbul Lounge for quite some time...