J.D. Power has just released their 2013 North America Hotel Guest Index Study and winning hotels have been busy sending out their press releases.

This is the 17th year that this study has been released and it is based on 68,700 guest responses from United States & Canada between June 2012 and May 2013.

The following hotel brands rank highest in guest satisfaction in their respective segments:

— Luxury: The Ritz-Carlton (for a fourth consecutive year) 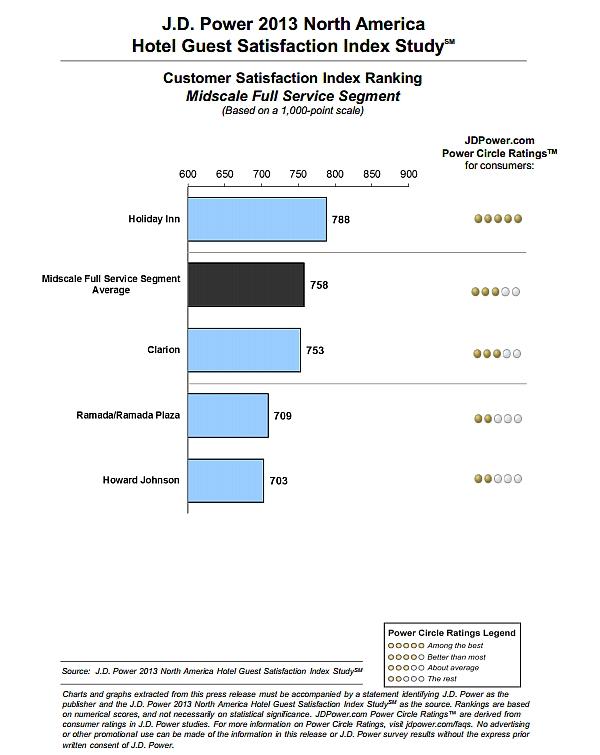 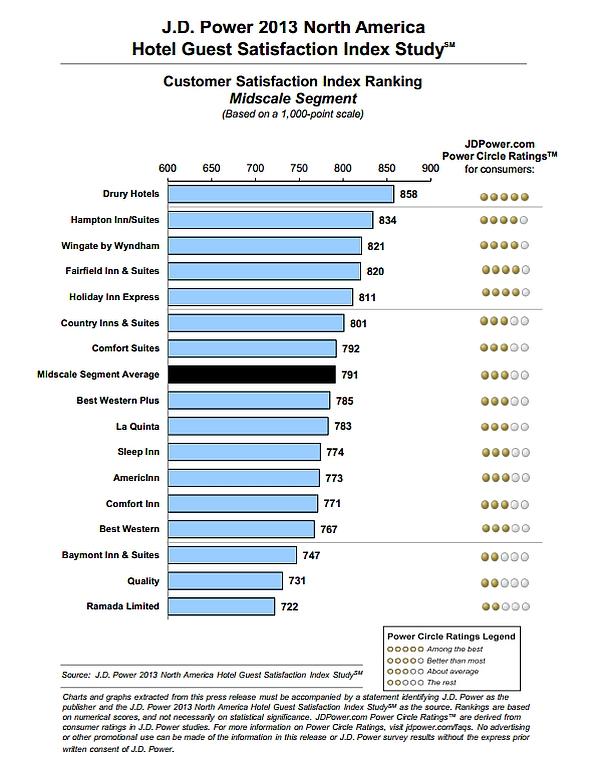 There was an interesting piece on the study about the problem that guests are having with the internet/wifi connectivity at hotels. 31% of the guests have had problems during their stay and that lead to 133 points lower guest satisfaction on average. 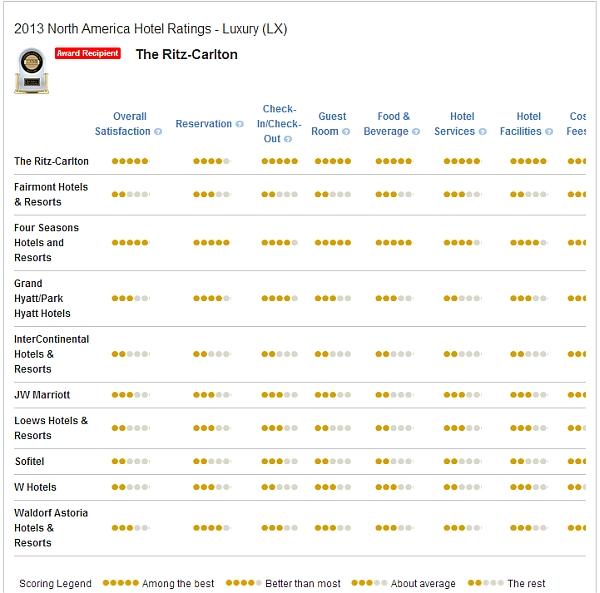 There is more in-depth chart on each of the seven surveyed factors by hotel that you can access here.

It is interesting to read the results of this study and that the limited service Hyatt Place is considered Upscale. It should be considered midscale full service at most.