The iconic Aggie Grey hotel in Apia, Western Samoa, is becoming a Sheraton hotel in early 2014 along with its sister property Lagoon Beach Resort & Spa according to a news piece on Australian travel publication Travel Blackboard (you can access the news article here). 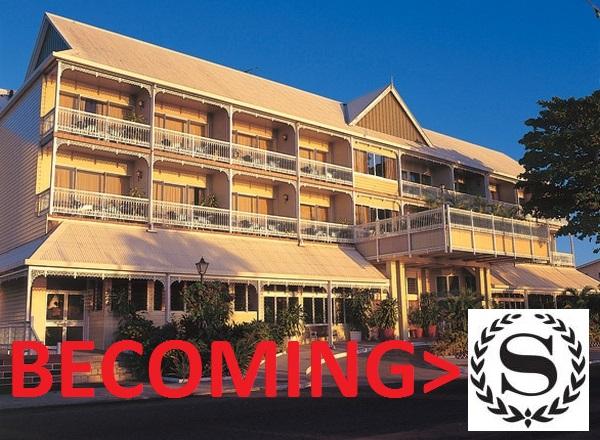 There are no chain hotels in Western Samoa and yours truly had great trouble finding reasonable accommodations there, when I visited the island for few days in early 2012. I stayed at the Aggie Grey in the downtown Apia for two nights after a local helped me to secure a locals rate at the hotel. 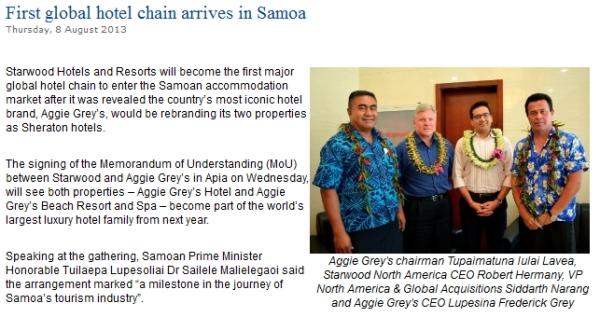 According to Aggie Grey’s website (you can access it here) there hotel in Apia has been closed since late 2012 after the property sustained some hurricane damage. The property is expected to open again in 2014.

I don’t think that the Sheraton flag is appropriate for this iconic property. Sheraton as a brand is bland and extremely unremarkable. The Le Meridien brand that Aggie Grey’s sister property in Tahiti carries would have been better fit.

It is great that there will be global brand affiliated hotels in Western Samoa. I had great time in Apia after getting to know some locals.