LoyaltyLobby reader from Poland sent me an email about the problems he had encountered at the DoubleTree Beijing hotel last year and the compensation he had received from Hilton for his troubles. 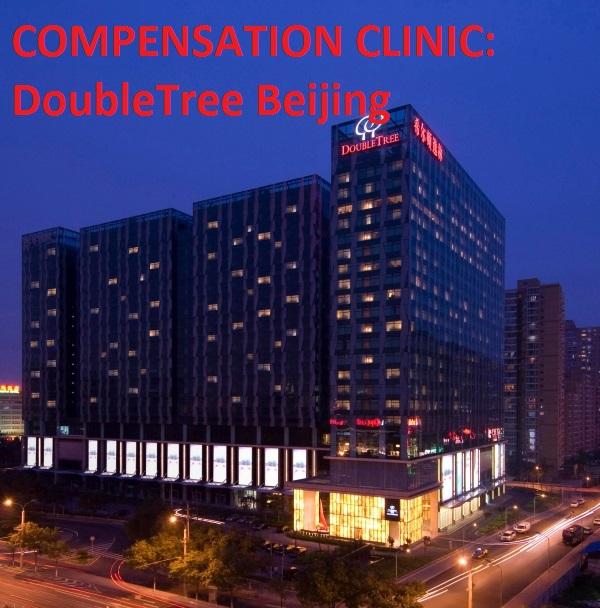 The guest is a Hilton HHonors Gold member that had had trouble getting a truly non-smoking room. He had to switch rooms twice. 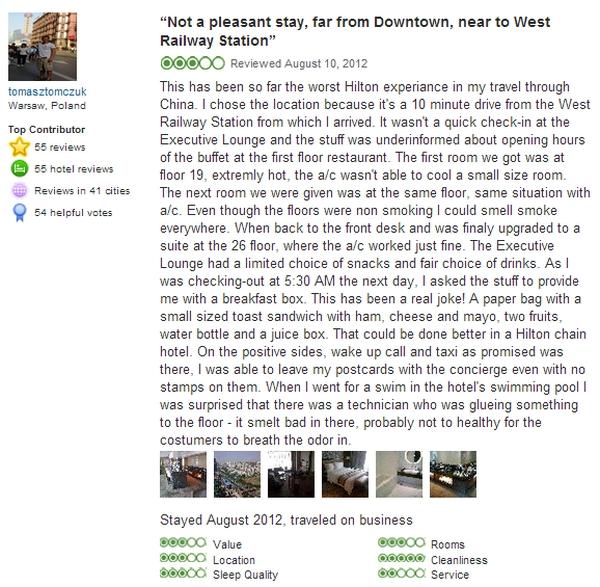 There had been some other issues too that he noted on his review on TripAdvisor (you can access the above review on TA here). 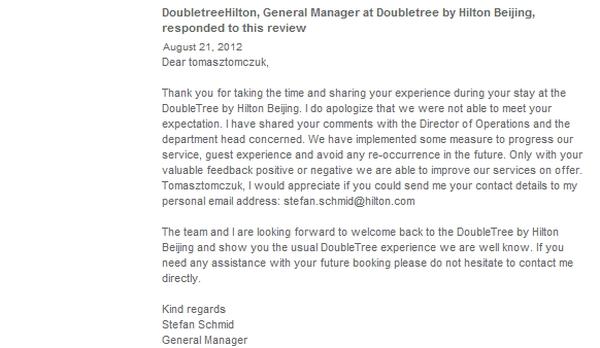 The General Manager of the hotel (or someone acting as him) replied to the review.

The reader had contacted Hilton customer service after the stay and the hotel had given him 5,000 points for the inconvenience.

I have stayed at this hotel twice and have not encountered any other problems than lack of staff communication skills in English. Unfortunately, this is not uncommon in China even at western hotels.

Friend of mine, who stayed at this hotel couple of months ago, also encountered few problems and this German General Manager was not  too helpful.

The TripAdvisor review touches quite a few points, but the only worthwhile complaining to the corporate is the smoking odor in a non-smoking floor and the insufficient AC. The likely cause of this smoking odor are the guests who disregard the non-smoking signs and just smoke away.