The hotel originally opened in 1986 and recently went through a $440 million renovation and expansion program. 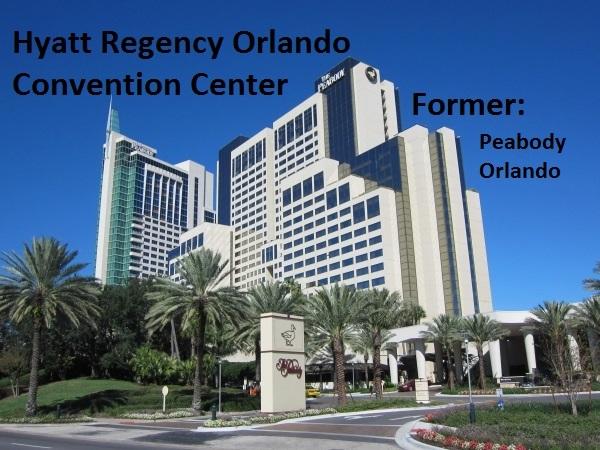 Wow! This has to be by far the largest Hyatt hotel considering the number of rooms they have. As the hotel was recently renovated and expanded, Hyatt is not expected to use any significant amount of capital beyond the reflagging expenses.

The hotel is located directly across from the Orlando convention center on the International drive.

Hyatt Gold Passport has not yet assigned an award category for this hotel. There is usually G-bonus (extra points) offer at newly opened/reflagged properties.

Hyatt paid more than $400K per key (room), but got lot of convention space at the same time. This is really a huge hotel and unlikely able to provide very personalized service. Great location if you are going to a convention in Orlando that is held at the convention center.