Thai Airways flight TG679 that was operated on Airbus A330-300 aircraft skidded off the runway upon landing at the Bangkok Suvarnabhumi airport on Sunday. 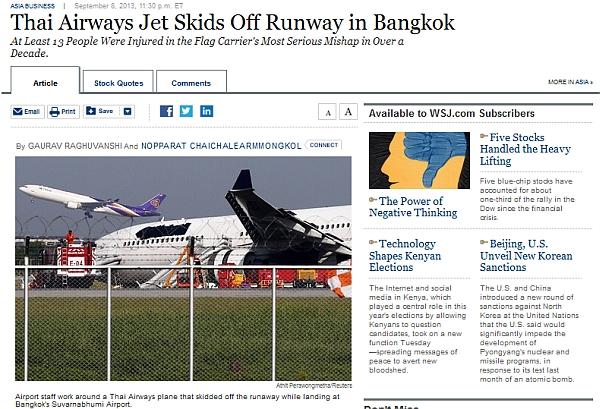 Apparently the nose gear of the aircraft had collapsed upon landing. There were no fatalities, but 13 passengers had minor injuries. The aircraft carried 288 passengers and 14 crew members. 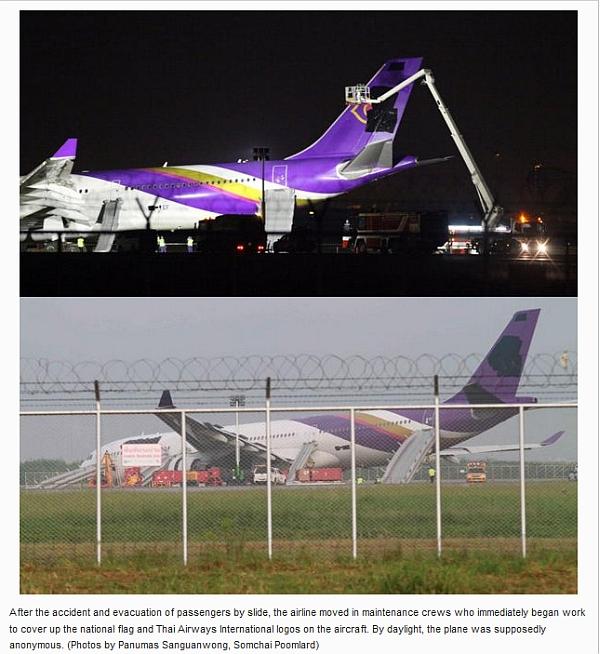 Thai Airways was very fast painting over the logo and the name of the airline.

Good that there were no fatalities on this crash that some may call just a rough landing with collapsed nose gear. Not sure if it was the best idea trying to cover the airline logos immediately after the incident.

Should Airlines Ban Passengers Due To Criticism? Case: British Airways

A Flyertalk member noted a change in the terms and conditions of British Airways Executive Club that would allow the airline to classify public...

American Hotel Guest In Thailand Arrested & Jailed For Defamation After...