There was an interesting news piece over the weekend about a huge cocaine bust at the Paris Charles de Gaulle airport. 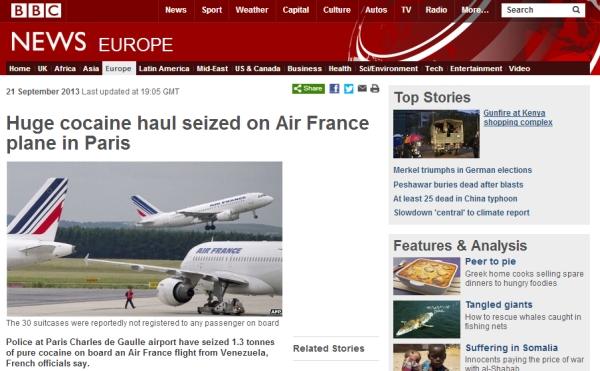 An Air France flight from Caracas, Venezuela, on September 11th had contained 30 suitcases full of cocaine weighting 1.3 tonnes. This operation was not made public before this weekend.

The estimated street value of this in Europe would have been 200 million euros. French authorities have detained three Brits and three Italians accused of smuggling. Venezuela have arrested three National Guard officials accused of being involved with this.

It is interesting that someone thought that they could smuggle this much cocaine on suitcases on an Air France flight, especially on September 11. One would imagine that customs would have dogs sniffing on bags coming from high risk destinations.

Hilton has offered matches to its Gold and Diamond tiers for years with varying terms and halving the number of nights to complete it...

Qantas Plans To Restart International Passenger Flights To Most Destinations From...

European Union To Extend Free Roaming By Additional 10 Years In...